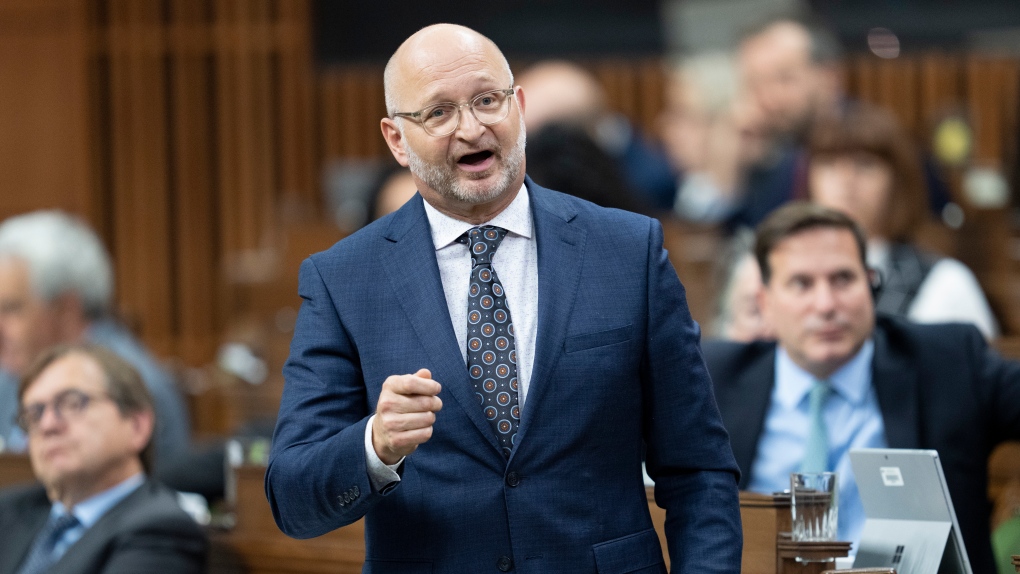 Changing the Criminal Code could be one way -- but not the only option -- to fix an issue that aid groups say is barring them from helping desperate Afghans, said Justice Minister David Lametti.

Humanitarian groups say they are unable to provide assistance to people in need because of fear they could face reprisals under Canada's terror laws, which list the Taliban as a terrorist entity.

Organizations told members of Parliament in the spring that Global Affairs Canada said they would not be able to pay a driver to deliver food or supplies because doing so would incur taxes sent to the Taliban.

Those MPs belonged to a House of Commons committee that probed Canada's response to the fall of Afghanistan back into Taliban rule. In June, it called on Prime Minister Justin Trudeau's government to modify the law to allow aid groups to provide assistance to those on the ground, without being prosecuted for assisting a terrorist group.

Months later, that has not yet happened. Opposition parties and humanitarian groups are accusing Ottawa of dragging its feet, while Canada's allies found exemptions months ago.

Lametti said in an interview on Tuesday that the government is "sensitive" to the issue and that it's a complex matter, which requires the work of different federal departments.

"There are a number of different options on the table," he said, without offering timelines.

He added it's important that whatever solution the government may land on doesn't carry unintended consequences.

Sen. Ratna Omidvar said Wednesday that the situation in Afghanistan is beyond urgent and the government should by now have plans in place to offer some kind of exemption.

"I don't care which way they fix it. I don't care if it's an exemption from prosecution or it's a change in the anti-terrorism court -- I just want them to get it done."

Omidvar said she expected to press Lametti on the matter, as he was scheduled to appear before the Senate later Wednesday.

She said Canadian NGOs "have their hands tied behind their backs."

She also questioned whether the government is truly seized with the issue as it has stated, given that it's still weighing options months after it was first flagged.

"Thinking about it is not being seized with it," she said.

National Revenue Minister Diane Lebouthillier is facing calls from Conservatives to apologize for suggesting that Tuesday's auditor general report indicating that billions of dollars in COVID-19 benefits went to those who were ineligible was influenced by political pressure.

Polygamous leader had 20 wives, many of them minors: FBI

The leader of a small polygamous group near the Arizona-Utah border had taken at least 20 wives, most of them minors, and punished followers who did not treat him as a prophet, newly filed federal court documents allege.