Kashechewan First Nation gets agreement from feds, Ontario to move 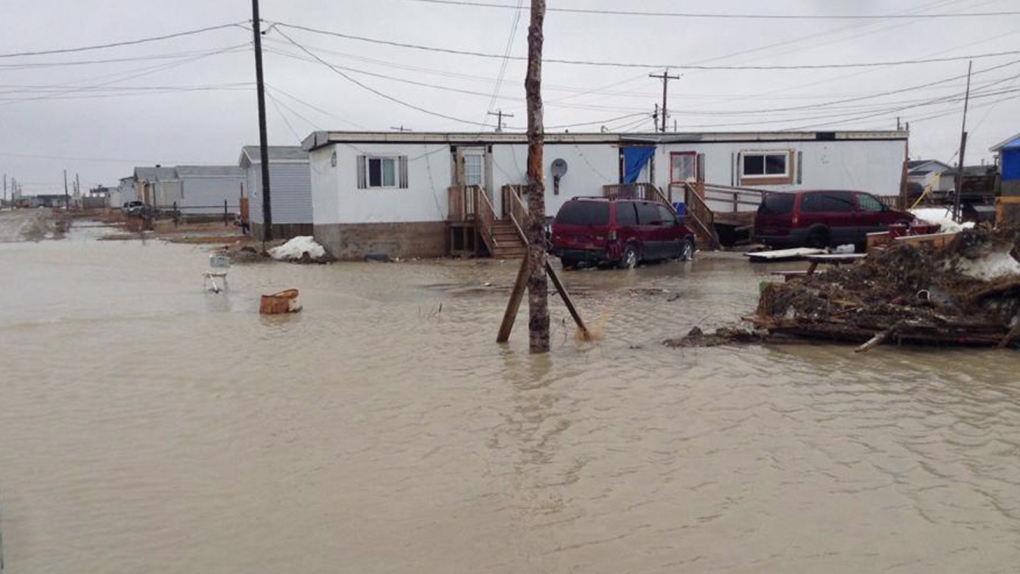 OTTAWA -- A northern Ontario First Nation signed an agreement on Thursday with the federal and provincial government that lays out a plan to move a reserve threatened every year by flood waters.

Members of the Kashechewan First Nation, north of Fort Albany, Ont., have had to flee repeatedly because of flooding and infrastructure problems. Last month when a state of emergency forced more than 2,500 members to fly to other locations across the province.

The First Nation has been asking for years to be relocated to higher ground.

In front of 300 community members in Toronto, the federal and provincial governments signed an agreement with the First Nation that commits to moving the reserve.

"Canada, Ontario, and Kashechewan First Nation have entered into this agreement in good faith, and in the spirit of reconciliation, co-operation, and mutual respect," the agreement says.

"The primary objective of the community planning and development process is to plan for the relocation of Kashechewan to higher ground."

There is now a concrete plan in place to guide the work to come, said Assembly of First Nations Ontario Regional Chief RoseAnne Archibald.

"This was something that was missing from the last agreement," she said.

The move will likely take around eight years, Indigenous Services Minister Seamus O'Regan said following Thursday's signing meeting, adding he hopes it will assure the community it will not face flooding forever.

"Certainly the response we got from the community in that room today was, 'OK, now we know that you guys are doing the work,' " O'Regan said in an interview.

"I'm hoping that in those tough times when families have to relocate, and that is not easy, that at least they know that the work is being done, that this is not going to go on indefinitely."

NDP MP Charlie Angus, whose riding includes Kashechewan, agreed the agreement is a "very important step," adding it is the direct result of pressure from community members who are tired of spending their springs in evacuation centres.

"Their activism forced the federal government and the province with Doug Ford to come to the table," Angus said. "I think that this is the beginning of a better future."

Angus also said he hopes the new agreement stipulating plans to move the community will make it very difficult for the federal government and the provincial government to break their promise.

The provincial government is committed to doing everything in its authority to support the relocation of Kashechewan First Nation, Ontario's Indigenous Affairs Minister Greg Rickford said, while noting the federal government has "ultimate responsibility for the relocation."

"Ontario will continue to ensure the safety of community members by working with community leaders and host communities to safely evacuate the people of Kashechewan during flood season," Rickford said in a statement.