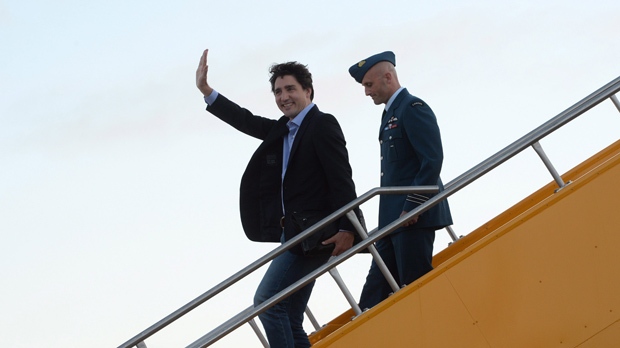 Roland Paris is the founding director of the University of Ottawa's Centre for International Policy Studies and an associate professor in the Graduate School of Public and International Affairs, specializing in international security. He has moved frequently between the public service and academia throughout his career, previously serving as a foreign policy adviser in both the former department of foreign affairs and the Privy Council Office, which supports the work of the Prime Minister's Office. He holds a PhD from Yale and earned a master's degree at Cambridge.

Paris has been on leave from the U of O since joining the PMO last November.

Paris helped develop the Liberal Party's foreign policy platform ahead of the 2015 election and participated in federal debate preparation with Trudeau. He was sometimes critical of the previous government's approach to foreign policy.

"For someone like me, who cares deeply about Canada playing a positive and effective role in global affairs, there is no greater reward than having contributed in a small way to renewing our country's energetic leadership and good name in the world," Paris wrote in a posting on his website Monday. "I am grateful to the Prime Minister for affording me this opportunity."

"I look forward now to resuming my research and teaching in international relations, enriched by the experience of having worked in the PMO."

Paris will remain in his current role until the North American Leaders' Summit at the end of the month, in which Mexican President Enrique Pena Nieto and U.S. President Barack Obama will visit Ottawa. He plans to return to the U of O in time for the fall semester.

The North American Leaders' Summit, also known as the Three Amigos, will be a rare international gathering that won't require travel. Paris has gone with Trudeau to a number of summits, including the G7 in Japan last month, at least two trips to Washington, D.C., and to Paris last fall for the UN climate talks.The intensity of working for a head of government coupled with that much international travel can take a toll on PMO officials.

"Roland Paris is simply the most decent, articulate, and sharp [international relations] scholar in Canada, so his voice inside government will be missed. The good news is that he will be again presenting his views to the public after June," said Saideman, Carleton University's Paterson chair in international affairs.