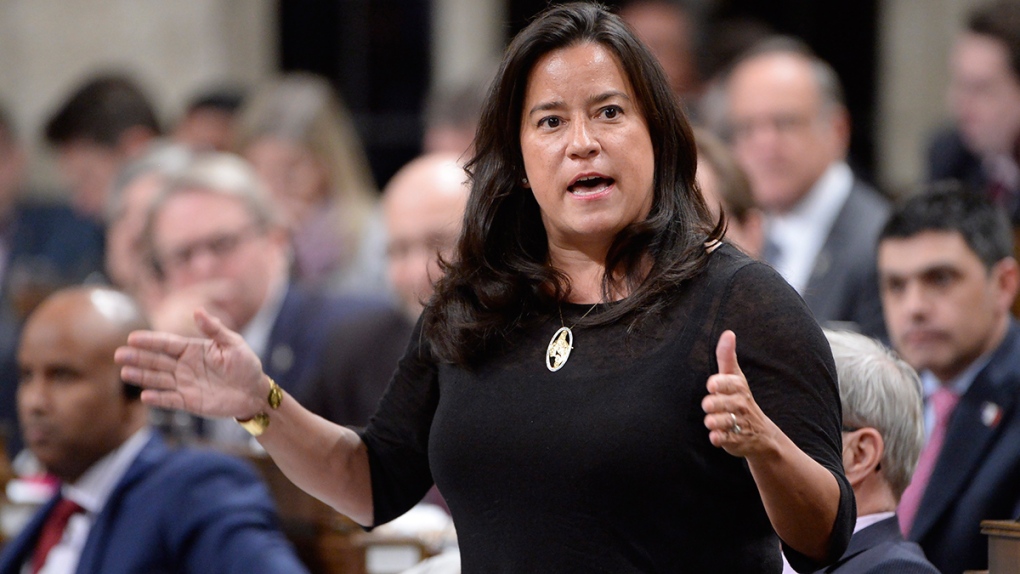 Justice Minister Jody Wilson-Raybould answers a question in the House of Commons on Monday, Feb. 6, 2017. (Adrian Wyld / THE CANADIAN PRESS)

OTTAWA - Canadians finally have the same protection against genetic discrimination as citizens in other countries - at least for now.

The Genetic Non-Discrimination Act has received royal assent and is now the law of the land.

However, Justice Minister Jody Wilson-Raybould remains convinced the new law, the product of a private member's bill, is unconstitutional and is determined to seek the Supreme Court's advice on the matter.

The act ensures Canadians can get genetic tests to help identify health risks and can take preventive measures without fear that they'll be penalized when it comes to getting a job or life and health insurance.

It prohibits employers, insurance companies and other service providers from requiring genetic tests or demanding to see the results of past tests.

A spokesman for Wilson-Raybould says the minister remains committed to referring the law to the top court; the timing of the reference has yet to be determined.

The minister maintains the law amounts to an unconstitutional use of the federal criminal law power to intrude into provincial jurisdiction to regulate the insurance industry, which is fiercely opposed to the legislation.

The act is the result of a private member's bill initiated by now-retired Sen. James Cowan, who won unanimous support for it in the Senate.

Last March, it won the overwhelming support of MPs in the House of Commons, including more than 100 Liberal MPs, despite pressure from Wilson-Raybould and Prime Minister Justin Trudeau to defeat it.