Julie Payette to take on many roles as Governor General

OTTAWA -- Former astronaut Julie Payette is already adapting to her new role as Governor General Designate, sidestepping a tricky question about the role of the monarchy in a modern democracy like a seasoned diplomat.

"I don't think it's appropriate for me to respond to this question at this time," she said, before referencing her "incredible" predecessors and promising to listen to Canadians across the country.

Payette will this fall become the very public face of the Crown in Canada, a position that is in some ways ceremonial. She'll hold significant legal authority as she fills the dual role of representing the Queen as head of state and head of nation (Prime Minister Justin Trudeau is the head of government).

The Governor General has constitutional duties to fulfill, like delivering the speech from the throne, which lays out the government's plans every two years or so, and taking advice from cabinet on appointments and other top-level decisions, says Philippe Lagasse, who has written extensively on the Crown in Canada.

She also prorogues and dissolves Parliament on the advice of the prime minister, and norminally commands the Canadian Armed Forces.

"There's a lot of legal authority there, but there's not a lot of actual political power, and we have to separate the two," said Lagasse, an associate professor and Barton Chair of international affairs at Carleton University.

"Formal legal authority is significant. Actual political power is limited in the office because it is an office that almost always acts on the advice of the first minister [prime minister], or cabinet, and therefore is actually quite bounded in terms of how it can actually exercise its legal authority."

Filling in for the Queen as the head of nation means issuing honours and attending ceremonial events. Recent governors general have also developed the diplomatic side of their role, with Governor General David Johnston leading a delegation to China this week.

There are rare instances when a vice-regal could exercise her constitutional rights to warn, encourage or advise the prime minister, but that's "largely absent" in the Canadian system because she isn't the monarch, Lagasse said.

There are also two instances where the Governor General "exercises discretionary authority," Lagasse said, by dismissing a prime minister or refusing the prime minister's advice to dissolve Parliament. Canadians saw an example of that pivotal role played by a vice-regal officer -- in this case, a Lieutenant Governor ignoring the advice of a premier -- in British Columbia last month.

In that case, Premier Christy Clark lost the confidence of the legislature. Lieut. Gov. Judith Guichon declined Clark's advice to dissolve and allow for another election. Instead, Guichon asked NDP Leader John Horgan if he could form government, making him premier. 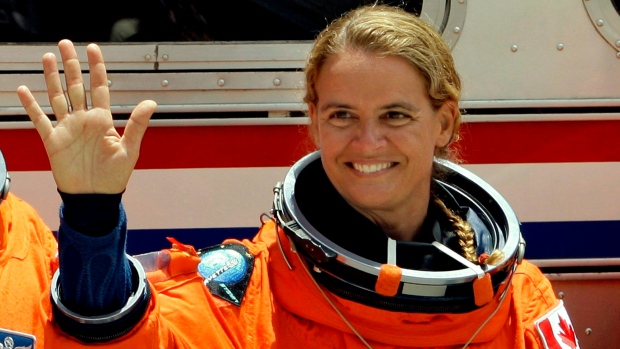 Former Gov. Gen. Michaelle Jean faced a similar conundrum in December, 2008, when then-prime minister Stephen Harper asked her to prorogue Parliament. He faced a united opposition that was set to force a confidence vote to topple his Conservative government, but Jean granted his request and he returned with a budget that won the support of most Liberal MPs, allowing him to continue as prime minister.

While Payette is an accomplished person, she isn't unusual in coming to the Governor General role without the kind of constitutional or political scholarship to guide her in those decisions (though with a majority government right now, it seems unlikely she'll be called upon in the way Guichon or Jean were).

"Provided that this individual is well-advised by various experts and civil servants, I don't think there's a real issue," Lagasse said.

Rideau Hall comes with a senior civil servant who works as secretary to the Governor General, along with a small team of advisers. They also consult with outside experts as needed.

"They're very knowledgeable about the issues, the precedents, the history, the conventions and everything that surrounds that," he said.

Payette seems to be a popular choice, drawing a glowing congratulatory statement from the NDP and a release from the Conservatives -- though less effusive -- asserting their confidence in her.

Transport Minister Marc Garneau, a former astronaut who sat on the 1991 board that selected Payette to go to space, called her appointment an inspired choice. 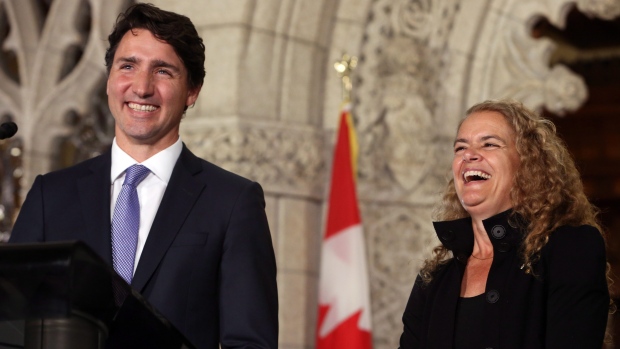 "She will be an excellent Governor General," Garneau told CTV News Channel.

As an engineer, Garneau said he couldn't be happier to have a champion of science, technology and engineering as Canada's vice-regal.

"I can't tell you how many times over the years people have come to me and said 'Julie Payette is somebody who inspires us'," he said.

"Particularly young women who have been thinking themselves about what they're going to do in their careers. Julie is such a fine example of someone who has achieved great things as a woman, as an engineer, as an astronaut...It is going to be a very good time for Canadians to see somebody who can inspire them."

"She’s energetic, she is well-reasoned, she is attentive," Bondar said on CTV News Channel.

"She really has charisma, and she's very good at explaining things in both of Canada's official languages... all of those things I think are very important."

Bondar says there are firm expectations for the Governor General, but still opportunities for one's personality to show through when the vice regal is in public or meeting Canadians.

Those events "require a person who believes in what they’re saying, and a person who has good eye contact, and people need to believe in that person, and I honestly believe that Julie Payette can fulfill that role," she said.

Julie Payette praised as PM names her next Governor General

Five things to know about Canada's next Governor General

Julie Payette: Things to know about the woman chosen as the new governor general