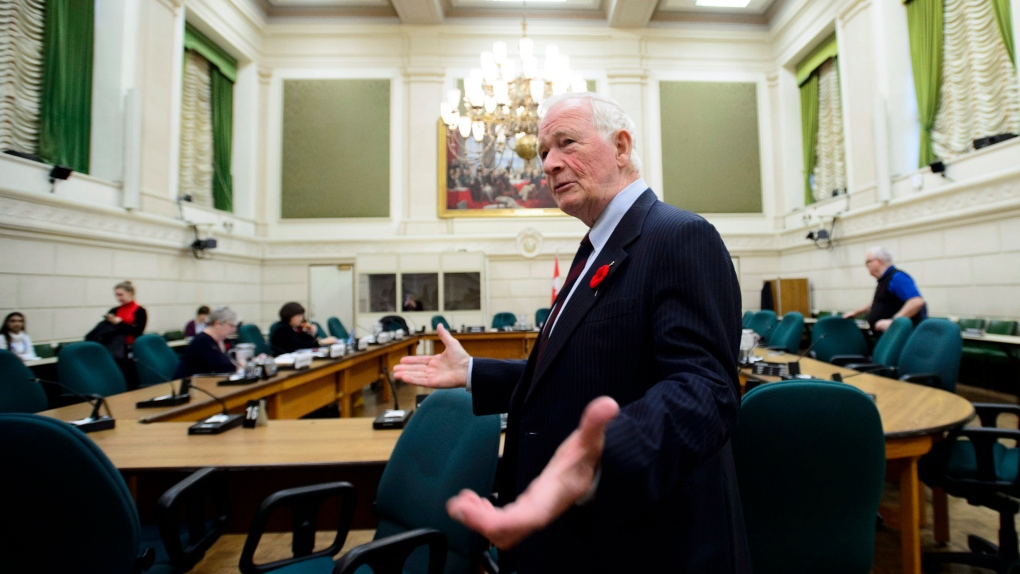 OTTAWA -- Former governor general David Johnston will present a report in the next few weeks detailing the expenses he's incurred since leaving Rideau Hall, he said Tuesday, in contrast to the confidentiality covering similar expenses for his predecessor Adrienne Clarkson.

Johnston, who did not comment directly on Clarkson's spending, said on Parliament Hill on Tuesday that public responsibilities continue after a governor general leaves the job and the Canadian government has chosen a decision made to cover some of the costs related directly to those duties.

But he welcomed public scrutiny of his spending.

"It is very important for the public to take an interest in that to be sure the money is well spent," Johnston told reporters, noting work can be done to make the process more open. "In my own case, we have just finished the first year since I stepped down and we will present a report."

Clarkson, who left Rideau Hall in early 2005, has billed taxpayers for more than $1 million in expenses since leaving the job, according to public-accounts documents. When a former governor general submits bills of more than $100,000 in a year, his or her name is specifically included in an annual report to Parliament. Clarkson has passed that threshold nine times in 12 years, including in the most recent fiscal year.

Exactly what the payments cover is not disclosed.

Clarkson defended the spending in a Globe and Mail essay published last week, saying the financial support she has received is in keeping with what's been extended to her predecessors and successors.

"Postgovernor-generalship, I have continued to participate in public life in an active and meaningful way," Clarkson wrote. "I believe in public service. I always have. It has been the joy of my life. Playing golf was not an option."

Clarkson also wrote that she fulfilled 182 commitments last year, many of them public.

"All of this came to me at the request of Canadians," she said. "I try to do as much as I can."

The federal government created the expenses program in 1979 to acknowledge that the life of a former governor-general would continue to be lived in public service, she added.

"As with my predecessors, it was understood that I would be reimbursed, with proper justification and receipts, for administrative and research salaries, office space and furniture, professional services, travel and accommodation, when appropriate," she said. The expense payments are in addition to their pensions.

"These are people who've stepped up and offered tremendous service to this country but Canadians expect a certain level of transparency and accountability, and we're going to make sure we're moving forward in a thoughtful way," he said.