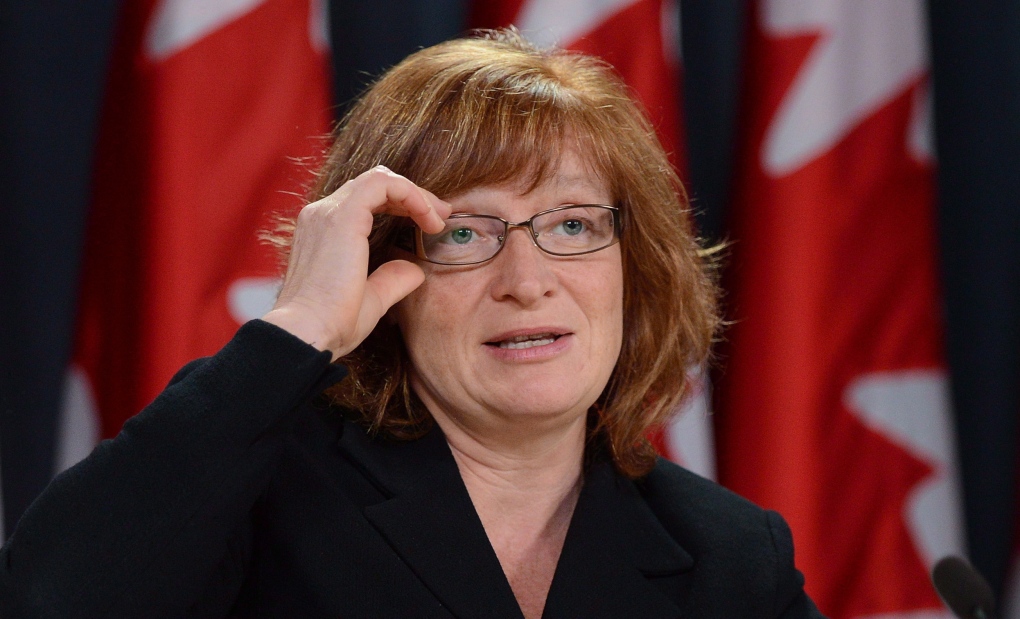 Information Commissioner of Canada Suzanna Legault speaks during a press conference following the tabling of her annual report in the House of Commons in Ottawa, Thursday, Oct. 17, 2013. (Sean Kilpatrick / THE CANADIAN PRESS)

The federal Information Commissioner has assigned an investigator to probe why the Privy Council Office, which reports to Prime Minister Stephen Harper, failed to disclose thousands of emails involving the deal for Nigel Wright to pay Sen. Mike Duffy’s ineligible expenses.

Liberal MP Ralph Goodale had filed an access request for all emails in June, but the PCO replied that no such emails existed.

However, in two speeches to the Senate in October, Duffy referred to emails he exchanged with Wright and other correspondence between PMO staffers and Conservative senators regarding his expenses. And on December 1, the RCMP revealed the PCO had actually given them thousands of emails about the secret deal in September.

In a letter to Goodale stamped Dec. 9, Assistant Information Commissioner Emily McCarthy says his formal complaint to the office has been registered and assigned to investigator Pierre Dupuis.

“A Notice of Intent to Investigate and a Summary of Complaint was sent to the Privy Council Office on November 18, 2013,” McCarthy writes.

She concludes by saying: “Please rest assured that we will investigate your complaint in a thorough and timely manner.”

Goodale says that on June 7, he submitted an ATIP request to the PCO for any documents related to communication between PMO staffers and Duffy about the senator’s expenses and a plan to repay the $90,000 in ineligible claims that he owed.

In a statement last month, Goodale says he received a response from the PCO on June 28 “stating that no documents, emails or other records could be found whatsoever.”

On Nov. 17, Goodale wrote to Information Commissioner Suzanne Legault to lodge a formal complaint about the response. He said that at the time, he accepted the response at “face value.”

However, given Duffy’s October speeches, “it is simply not plausible for the Privy Council Office to maintain that they have no records on this issue,” Goodale wrote.

In its Dec. 1 letter to the RCMP, the PCO also revealed that it had “found” emails from PMO lawyer Benjamin Perrin, which it had told investigators in September had been deleted.

The RCMP had made a follow-up request to confirm that Perrin’s email were in fact gone for good, and that is when PCO staff found that they had been saved due to unrelated litigation.