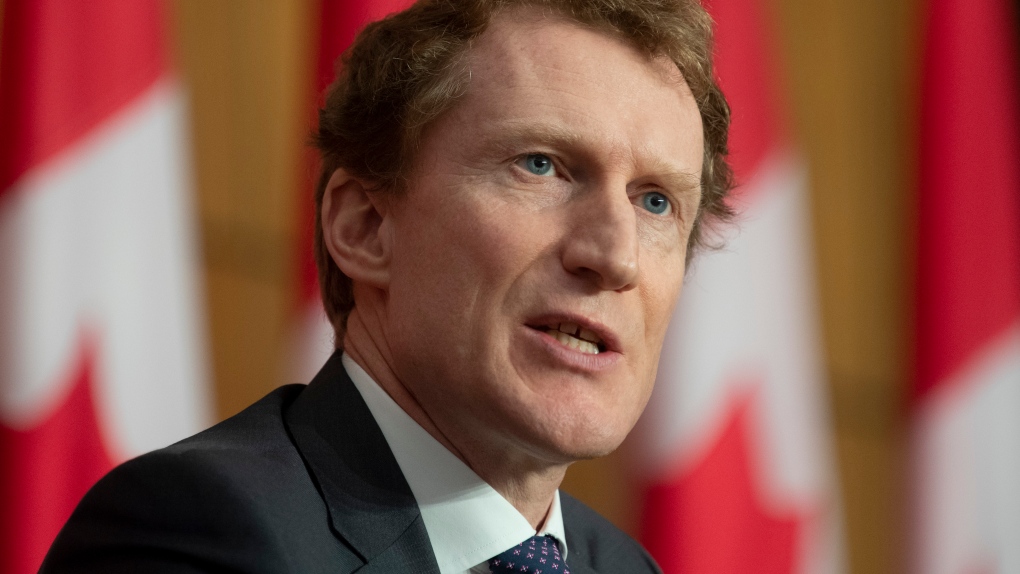 The Liberal politician made his first-ever visit to Nunavut this week, spending two days in Iqaluit.

In an interview with The Canadian Press, Miller said overcrowded housing in Nunavut was "a vehicle for spread" of COVID-19. Last fall, a COVID-19 outbreak in Arviat, Nunavut, infected 339 of the community's 3,000 people and killed one person.

"For Nunavummiut, that's not a surprise," Miller said Friday.

"Most people don't look at housing through a health lens," said Miller. "They see it as somewhere to live ... but they don't see it through the health lens that many people in Nunavut have been saying for ages and have been ignored."

He said remoteness shouldn't mean communities such as those in Nunavut are left behind the rest of the country.

"We have to make sure that Inuit get first-class treatment in a country that everyone looks at as a first-class health-care system."

Miller said the pandemic showed systemic racism affects remote communities like those in Nunavut when it comes to accessing health care.

With no intensive care unit in the territory and only one hospital for its 25 communities, COVID-19 patients who needed treatment were flown hundreds of kilometres to southern Canada.

Miller also addressed Qaqqaq's scathing farewell speech in June when the New Democrat announced she wouldn't seek re-election. In it, Qaqqaq said she was racially profiled by security on Parliament Hill and didn't feel safe at work.

"I am horrified ... but that is her reality and that is what she lived," Miller said. "The House itself is a parochial, paternalistic beast."

Aluki Kotierk, president of the land claims organization Nunavut Tunngavik Inc, said the money is much-needed, but too little, too late.

"It doesn't meet our needs. We have a current housing crisis. But I think we're encouraged because this is the beginning," Kotierk said in an interview.

She said her organization had requested $500 million for housing in Nunavut, but the 2021 budget only set aside $25 million.

"We were very disappointed with that," Kotierk said.

Although it was Miller's first time in Iqaluit, he noted the Nunavut capital is a regular campaign stop for politicians from all parties.

"A lot of politicians come here, but ... I do want to see what challenges that smaller communities face. The farther removed you are, the more in the back of people's minds you are," Miller said.

Liberal cabinet ministers made another announcement Friday in the North, with Hussen and Deputy Prime Minister Chrystia Freeland touting their budget commitments to child care and early learning in Whitehorse.

This report by The Canadian Press was first published July 23, 2021