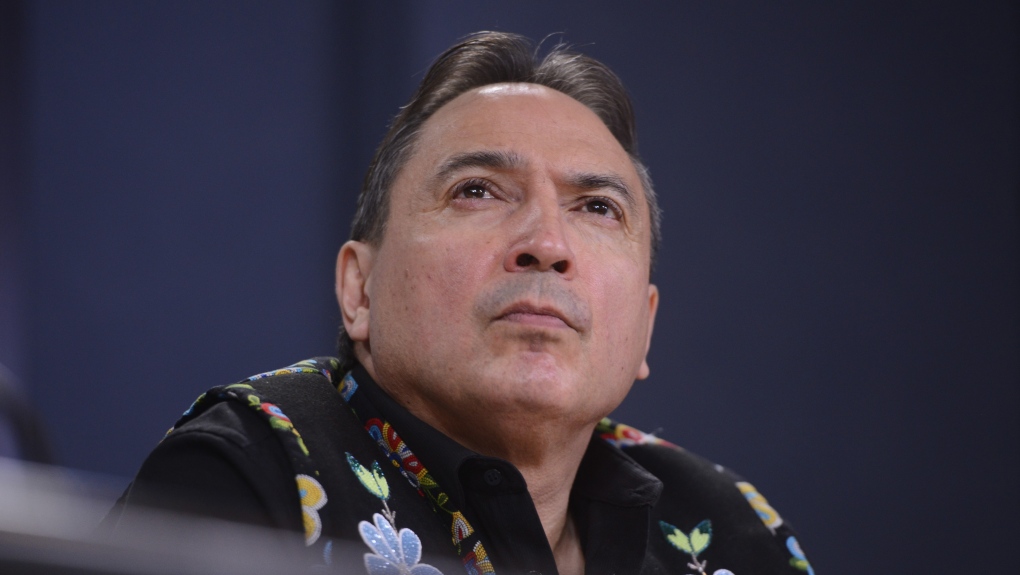 OTTAWA -- It's been over 40 years since Chief Wilton Littlechild of Alberta began fighting for recognition of Indigenous rights in Canada, but he says he's waiting to see these rights passed into federal law before he can finally rest.

Littlechild was part of a team of human rights and legal experts who took part in a 1977 Indigenous delegation to the United Nations, and later also worked on the UN Declaration on the Rights of Indigenous Peoples, adopted by the body in 2007.

Speaking to a House of Commons committee Tuesday, Littlechild expressed cautious optimism about the Liberal government's Bill C-15, which would harmonize Canada's laws with the declaration, also known as UNDRIP.

But he said he won't be able to fully exhale until the bill finally passes.

"I have to withhold my emotion and my horse races inside me until I hear the words 'royal assent,' " Littlechild said.

"I feel positive that we are going in the right direction. After all, we didn't go to the United Nations or to the Organization of American States to cause anyone any trouble. We went there because our treaties were being violated on a daily basis and it was our elders and our leaders who instructed me to bring this ... to the global arena."

Littlechild was one of several Indigenous leaders and legal experts who appeared Tuesday before the committee studying Canada's bill. They urged federal lawmakers to ensure the bill doesn't end up once again on the cutting room floor.

This will mark the third attempt to see a bill passed in Canada's Parliament recognizing the UN declaration.

Retired New Democrat MP Romeo Saganash introduced two private member's bills to implement UNDRIP. The first in 2014 was defeated at second reading, and the second, known as Bill C-262, came close to passing, but died after stalling in the Senate just before the 2019 election.

Perry Bellegarde, National Chief of the Assembly of First Nations said he fears this newest bill could get tangled in legislative limbo before Parliament rises for the summer or is dissolved for a possible early federal election.

This would be a step backward on the road to reconciliation, Bellegarde said.

"Canada has made commitments to the Indigenous Peoples of the world that it would implement the declaration," he told the committee.

"What we still lack, however, is the legislation that implements the declaration and sets us on a course of recognition of rights and provides the framework for reconciliation.

The Liberal government introduced its UNDRIP legislation in December after a 2019 campaign promise to do so. It is now being put through the legal and political paces of Parliament.

The AFN is proposing some tweaks, including speeding up a proposed action plan to implement the bill from three years to two and adding clear references to "racism" long endured by Canada's Indigenous Peoples.

The Inuit Tapiriit Kanatami, which represents Canada's 65,000 Inuit, are also proposing amendments to the legislation, including one that would establish an Indigenous Human Rights Commission.

But Conservatives have been raising concerns over language in the legislation they believe could give First Nations a "veto" over controversial resource development projects.

"It's not that we, as Conservatives, believe that UNDRIP or C-15 will mean that bill is against development. What we're asking is, because there is no clear definition, when a First Nation says no to a project ΓÇª does that mean it's dead?"

The bill will simply put into operation policies and processes to ensure First Nations are involved at the outset when it comes to decisions regarding their existing land, title and human rights, she explained.

Many legal experts believe this could lead to fewer conflicts and less litigation, especially on issues of resource development, she added.

"This is not removing any (government) authority and powers, but what it is doing and saying is: we want to end the process of this very colonial approach to taking Indigenous people's lands, supporting projects and developments on those lands without their consent, engagement and involvement and to operationalize a different set of practices," Turpel-Lafond said.

"The powers of government are well-known. The issue is how they get exercised and hopefully this bill will help us shift into a more positive direction."

The bill is expected to be brought to the House of Commons for first debate later this week.