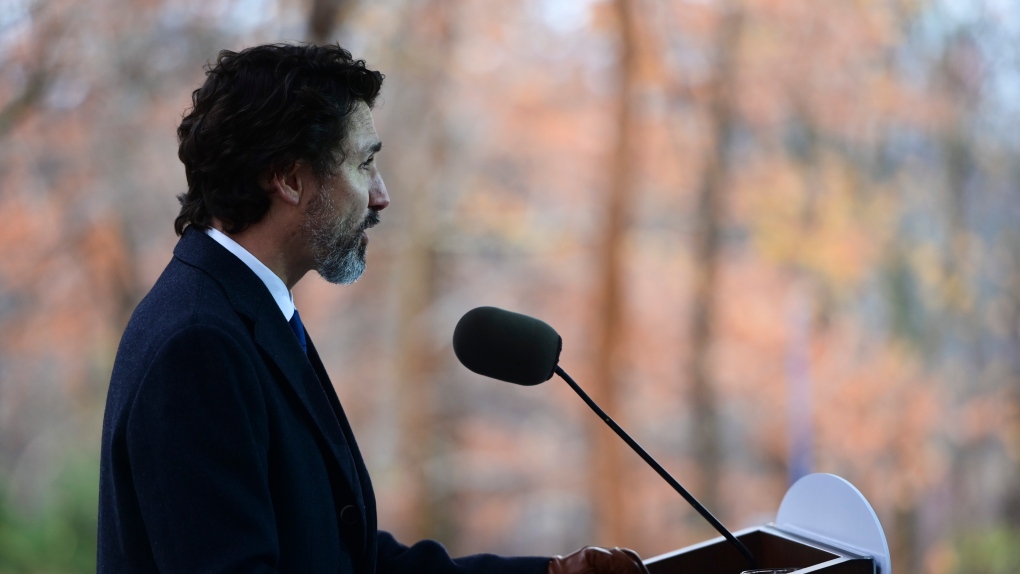 TORONTO -- Politicians in India are slamming Prime Minister Justin Trudeau for wading into the escalating farmers’ protests in their country.

Tens of thousands of Indian farmers have swarmed India’s capital New Delhi in protest of laws passed back in September which the farmers believe will allow corporations to exploit agricultural workers.

The farmers have been met with tear gas and water cannons upon arriving In New Delhi, but have indicated that they intend to stay in the regions for weeks if necessary.

Trudeau weighed in Monday during a virtual celebration for Guru Nanak Dev Ji Gurpurab, a festival to mark the 551st birthday of Guru Nanak, the founder of Sikhism.

“The situation is concerning and we’re all very worried about families and friends,” Trudeau said during video conference, which was later tweeted by the World Sikh Organization.

“Canada will also be there to defend the rights of peaceful protests. We believe in the importance of dialogue and that’s why we’ve reached out through multiple means directly to the Indian authorities to highlight our concerns.”

Indian Prime Minister Narendra Modi has said the new laws give farmers more autonomy to set their own prices and the ability to sell their products directly to businesses.

Both NDP Leader Jagmeet Singh and British Columbia Premier John Horgan have previously issued statements in support of the Indian farmers, though Trudeau is believed to be the first world leader to make a public statement.

Trudeau’s comments were met with harsh criticism from Indian politicians on both sides of the debate. In a statement, Indian Foreign Ministry spokesperson Anurag Srivastava called the comments “ill-informed.”

"Such comments are unwarranted, especially when pertaining to the internal affairs of a democratic country," the statement read. "It is also best that diplomatic conversations are not misrepresented for political purposes.”

Priyanka Chaturvedi, an Indian MP and deputy leader for Shiv Sena, a right-wing regional party, tweeted that she is “touched” by Trudeau’s concern, but “India’s internal issue is not fodder for another nation’s politics.”

In an opinion piece on the New Delhi Television website, Chaturvedi called it “unfortunate” that Trudeau is using “India's internal issue to further his own place in his nation's politics.”

“In international relations, there are courtesies extended to not comment on internal affairs of a nation, India has always extended it to other nations, we expect the same to be extended to India,” Chaturvedi wrote in the article.

Chaturvedi did add that if the Indian government continues to ignore the protests, the country will open itself up to commentary from other nations.

“While we urge (Bharatiya Janata Party) Govt to immediately resolve & accede to farmers' demands, this remains an internal matter of India,” he wrote in the tweet. “AAP believes interference or commentary from elected heads of other countries are unsolicited & unwelcome. India is capable of handling its own domestic matters.”

Tonight at an online event commemorating Sri Guru Nanak Dev Ji’s Gurpurab, @JustinTrudeau expressed concerns about the right to peaceful protest and the #ChaloDelhi campaign in India. He confirmed that Canada has raised the issue with Indian authorities. pic.twitter.com/hf038m14Te

I stand in solidarity w/ the farmers from Punjab and across India - and, I call on the Indian govt to engage in peaceful dialogue rather than violence

Thank you for your advocacy Jack https://t.co/tBU541Bp4a

As families in BC and around the world celebrate #Gurpurab and the spirit of equity and social justice, we stand in solidarity with #PunjabFarmers calling for meaningful dialogue and peace. https://t.co/o6sSiLrCHY

Dear @JustinTrudeau ,touched by your concern but India’s internal issue is not fodder for another nation’s politics.Pls respect the courtesies that we always extend to other nations.
Request PM @narendramodi ji to resolve this impasse before other countries find it okay to opine.