In a backtrack, Liberals move to reinstate parliamentary secretaries' power at committees 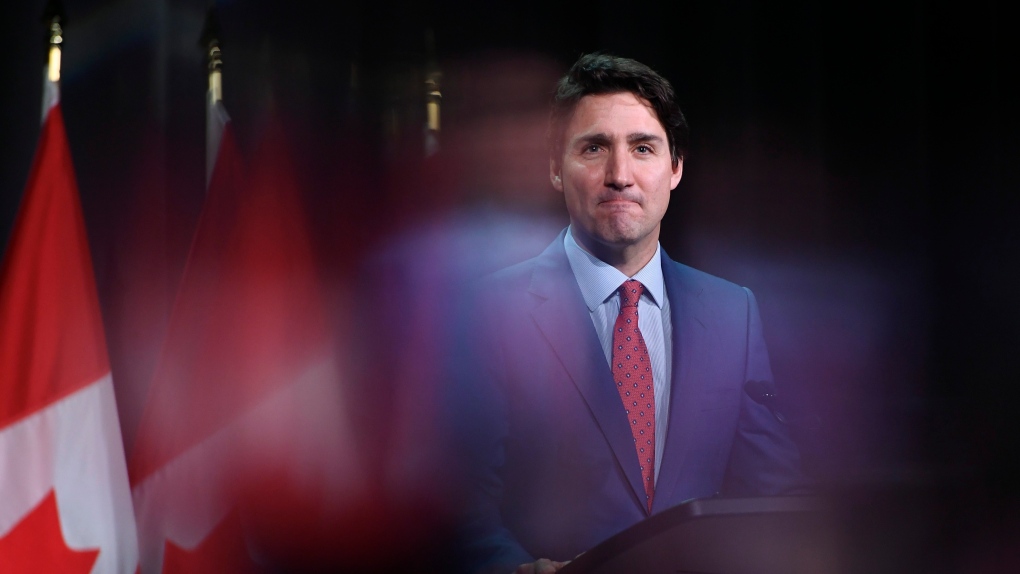 Prime Minister Justin Trudeau is seen past glassware on a banquet table as he speaks during the National Liberal Caucus Holiday Party in Ottawa, on Tuesday, Dec. 10, 2019. THE CANADIAN PRESS/Justin Tang

OTTAWA -- In an about-face on one of the Liberals' parliamentary reforms in the last session, the government has moved to reinstate parliamentary secretaries' ability to be voting members on House of Commons committees.

Quietly during routine proceedings on Thursday, Kevin Lamoureux, the parliamentary secretary to the government House leader got unanimous consent to "suspend" sections of the Standing Orders—the rules of the House— that had to do with the powers theses members have.  The suspension is for the entirety of the 43rd Parliament.

This means that parliamentary secretaries will once again be able to have the ability to be appointed to committees, act as substitutes, move motions, and cast votes around those tables.

In the last Parliament, the Liberals opened up and amended the House rules to make it so that parliamentary secretaries were not allowed to be voting members on House committees, an effort said to be in the name of more committee independence.

Though now, facing the realities of a minority government where opposition parties have the majority of seats on House committees, the Liberals have backtracked on that decision.

When asked last week by CTVNews.ca whether or not this was a step that the government would be taking, Government House Leader Pablo Rodriguez said it was "being discussed."

Other than Lamoureux, Trudeau has yet to announce the roster of parliamentary secretaries, though that list is expected to be announced soon.

Also on Thursday, Lamoureux got the House’s approval to strike up the Procedure and House Affairs Committee, which now has the task of deciding on the memberships of all other standing committees in the Commons.

Based on Lamoureux's motion, the seat count is going up around committee tables, with 12 members set to be appointed to the majority of committees, up from the 10 MPs on each committee in the last Parliament. There are a handful of cases where the committees will have 11 members: Access to Information, Privacy and Ethics; Government Operations and Estimates; Public Accounts; and Status of Women.