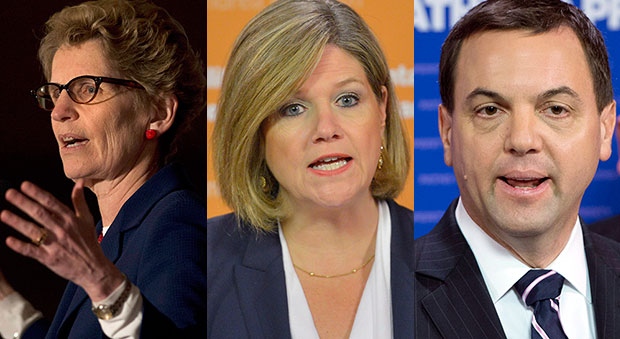 Progressive Conservative Leader Tim Hudak’s image as the potential future premier of Ontario is gaining strength as his party continues to maintain a lead over the incumbent Liberals, a new poll has revealed.

The Ipsos Reid survey for CTV News / CP24, conducted May 6-9, showed that if an election were held tomorrow, 37 per cent of decided voters in Ontario would choose the Hudak-led Progressive Conservatives. In comparison, the Liberals under Kathleen Wynne would receive 31 per cent, while the Andrea Horwath’s New Democrats would get 28 per cent.

As party leaders officially hit the campaign trail this week, the results of the poll showed that PC supporters are most motivated to vote on election day, June 12.

Among the 52 per cent who say “nothing short of an unforeseen emergency would stop me from getting to the voting booth and casting my vote,” 42 percent said they would vote PC, while 28 per cent would vote Liberal. Twenty-seven per cent would throw their support to the NDP.

PC supporters also appear to be showing the most allegiance to their party, with a majority (54 per cent) saying they are “absolutely certain” they will voter for the Tories on election day. NDP voters however appear to be the most unsure, with 23 per cent indicating they’re “not certain” they’ll support the opposition party at the ballot box.

According to survey results, 72 per cent of Ontarians believe it is “time for another party to take over,” while the number of voters who believe that the Liberals deserve re-election is shrinking. With a decrease of four percentage points, only 28 per cent of voters now believe the Liberals under Wynne’s leadership have “done a good job.”

And, only 36 percent of Ontarians believe that “Ontario is currently on the right track,” compared to 64 per cent who believe it is “headed in the wrong direction.”

Hudak, meanwhile, has taken a modest lead over Wynne and Horwath as the party leader who voters believe would make the best premier of Ontario.

Since becoming leader of the PC party, Hudak has generally polled below his party’s support levels, and that remains unchanged.

A sample of 821 Ontarians was surveyed for the poll. The poll is accurate to within plus or minus 3.9 percentage points.