How a Trump victory could affect Canada 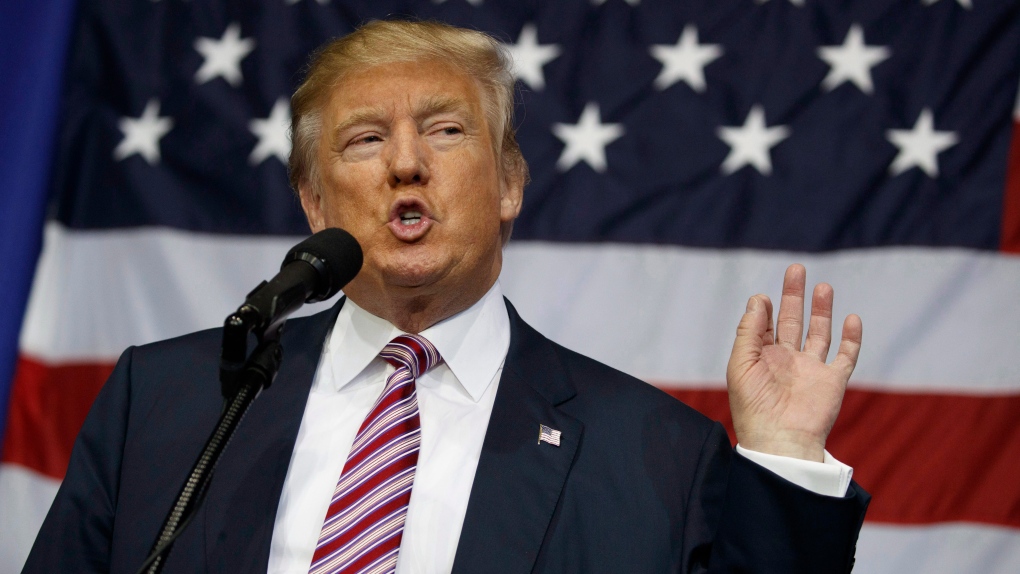 OTTAWA -- In a presidential race with its fair share of jaw-dropping pronouncements, it's hard to choose just a few. But for Canadian officials, a handful of Donald Trump's statements stand out.

The political neophyte has promised to reopen the North American Free Trade Agreement and throw it out if he doesn't get what he wants, get tough on America's NATO allies and increase coal production in the face of a world moving increasingly to clean energy.

All of these policies would have a dramatic impact on Canada. CTVNews.ca compares his policies to those of Prime Minister Justin Trudeau, and breaks down the impact they could have.

Without a history of public service, it's difficult to judge how closely Trump would stick to his promises. But Trump has said plenty that would raise concerns for Canadian policymakers.

The Republican nominee opposes the Trans-Pacific Partnership, a proposed free trade agreement between a dozen Pacific Rim countries, including Canada. He also says he'd tear up the North American Free Trade Agreement. Trump's main targets are Mexico and China, but observers say Canada would be collateral damage if he starts to torpedo trade deals.

It's not unusual for Americans running for president to campaign as protectionists: both Clinton and U.S. President Barack Obama criticized NAFTA during their 2008 races, but Obama didn't push to reopen NAFTA once he was in the White House. The question is whether Trump would follow through, and how. 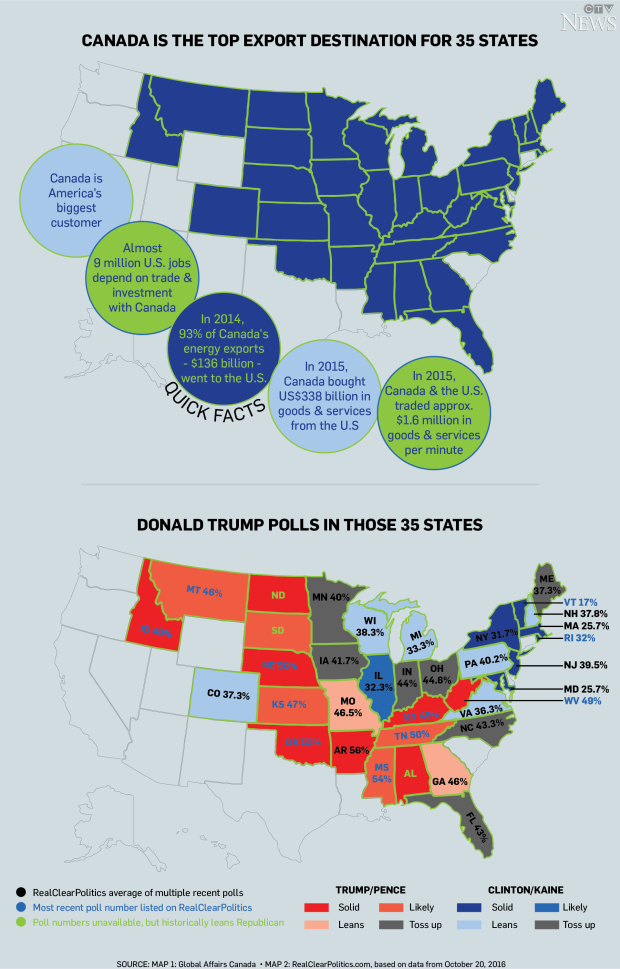 SOURCE: Global Affairs Canada and RealClearPolitics.com, based on data from October 20, 2016. (Tahiat Mahboob)

There is a measure in NAFTA that would let one signatory provide six months notice and then withdraw, says Daniel Kiselbach, a partner at Deloitte Tax Law LLP, but it's likely not as simple as that. While the U.S. president signs trade deals, it's up to Congress to pass the legislation that makes it law.

"At least one U.S. constitutional lawyer has said you just can't withdraw by withdrawing from the treaty," Kiselbach said.

"The president has to respect the enabling legislation unless and until Congress has repealed it."

That means Congress would have to be on board. And, while former foreign affairs minister John Baird has raised the alarm about increasing protectionism in Congress, the president of the Canadian Association of Importers and Exporters says she's not worried yet.

"There's no sense at this point in time that, whether it be Hillary Clinton that wins the White House or Donald Trump ... that the House would necessarily go along with what they're thinking," Joy Nott said in an interview with CTV News.

Canada, in fact, is the top export destination for 35 states - a market they'd be at risk of losing if a president withdrew from NAFTA. A move to ditch NAFTA would likely result in American importers taking the U.S. government to court, Kiselbach said, but it's hard to know exactly what would happen since there's almost no precedent.

"The last time the U.S. withdrew from a trade agreement was 1866," Kiselbach said.

Even if quitting NAFTA isn't in the cards, former diplomat Colin Robertson says Trump can find other ways to make life difficult for Canadian exporters. That includes having the U.S. trade representative and Department of Commerce initiate trade actions.

"That would have a chilling effect on investment in Canada," said Robertson, vice president of the Canadian Global Affairs Institute.

When it comes to climate change, there's little similarity between Trump's and Trudeau's positions. Trump once tweeted that global warming "was created by and for the Chinese in order to make U.S. manufacturing non-competitive," while Trudeau campaigned on the need for tougher regulations and a price on carbon. Trudeau has since maintained the targets pledged under the previous government, but announced he'll impose a carbon tax in 2018 on any province or territory that doesn't price carbon on its own. 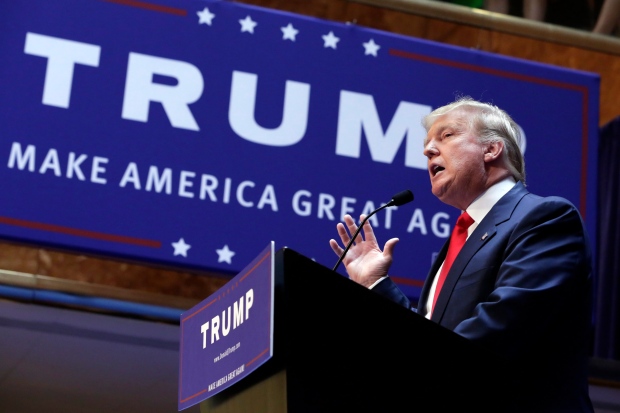 According to Mark Cameron, executive director of Canadians for Clean Prosperity, the question for a Trump presidency would be: can he undo some of the measures Obama has brought in? That includes Obama's Clean Power Plan, which is currently working its way through the American courts.

"There are some people on his environmental advisory group ...who have taken pretty extreme stands," he added. "So I think they would try to unravel things. I'm just not sure that they would be able to dismantle everything that's been done already."

Trump has also promised to boost the coal industry, while Trudeau talks of clean energy.

"Do you want us to put a tariff on the 30 pipelines running north?" Robertson predicts the discussion would go.

"So I think that his claim on this one could be easily rebutted and put in perspective. Energy flows both ways now."

Among Trump's proposals is a threat to withhold American military support from NATO if its partner countries don't meet their targeted defence spending. All NATO countries pledged to devote two per cent of their GDP to their defence budgets, but Canada is among the countries that don't hit that target - something noted by Obama when he was in Ottawa last June. Not backing up a NATO partner would be a dramatic move.

"Some of the statements he's made question the very basic raison d'etre of NATO. When he questioned whether he would actually come to the defence of NATO members under aggression by Russia, nobody has ever done that in the history of NATO at that level," said Thomas Juneau, assistant professor of the University of Ottawa's graduate school of public and international affairs.

But would he follow through? Trump's unorthodox style and lack of political experience make his proposals difficult to plan for, Juneau says.

"The thing with Trump is, we don't know what he thinks. He has been so inconsistent on everything, and specifically on foreign and defence policy," he said.

"If I were an American senior official in the national security apparatus, I'd be freaking out at the possibility of a Trump presidency just because it would be so unpredictable at every level."

Trump's NATO comments drew a mild rebuke by Canadian Defence Minister Harjit Sajjan, who said they weren't helpful. The sentiment behind them certainly contradicts Trudeau's pronouncements on how Canada should "re-engage" with the world as he promoted his international visits and attendance at global summits. While his government believes in working with allies and communicating with foes, Trump's campaign rhetoric is about doing the opposite.

Still, Juneau says there are too many variables to assume a Trump presidency would mean the end of NATO.

"That's so hypothetical that I wouldn't go there that fast," he said. "For me, the point is that, at this point, the uncertainty is what we have to plan for."