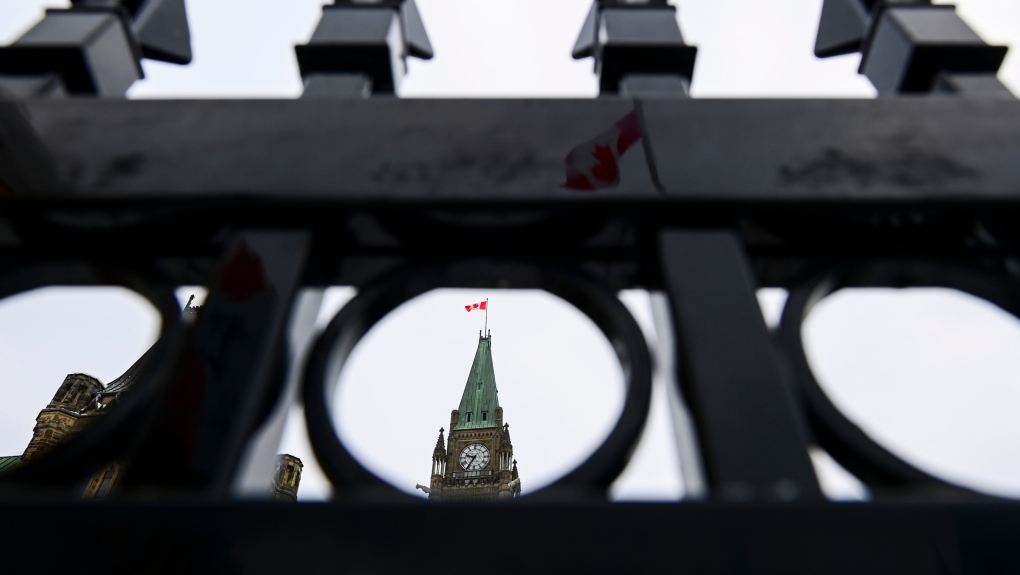 The Peace Tower is pictured on Parliament Hill in Ottawa on Monday, Jan. 25, 2021, as lawmakers return to the House of Commons following the winter break. THE CANADIAN PRESS/Sean Kilpatrick

Hogan delivered a stark warning on Thursday, saying government mismanagement is threatening to leave the navy and coast guard without the ships they need to defend Canada and protect its waterways. Hogan and her team found delays across the board in the construction and delivery of new ships for the Royal Canadian Navy and Canadian Coast Guard even before the COVID-19 pandemic. Those delays are threatening to create gaps as the vessels those ships are supposed to replace near -- and in some cases have already passed -- retirement. While Hogan says the government has managed to mitigate some of the short-term impacts, she warns that Canada is already feeling the pinch as ships retire or are forced into extended maintenance with no replacements on deck.

Indigenous Services Canada did not provide the necessary support to ensure that First Nations communities have access to safe drinking water, an audit found. The department's efforts to eliminate all long-term drinking water advisories have been constrained by an outdated funding policy for the operation and maintenance of water infrastructure in First Nations communities. The auditor general found that almost half of the 60 long-term drinking water advisories that remained in effect as of Nov. 1, 2020, had been in place for more than a decade. The audit found that although COVIDΓÇæ19 pandemic delayed progress on some projects, many were already facing delays before the pandemic.

Federal departments that buy complex information-technology systems are making their procurements less lumbering but staff need better training and the auditor general says they need to work harder at demonstrating that their purchasing processes are fair. The audit says Public Services and Procurement Canada, Shared Services Canada, the Treasury Board and Employment and Social Development Canada are adopting "agile" procurement models that involve a lot more back-and-forth with potential vendors, which the officials doing the procuring aren't always equipped for. The auditors also found procurement agencies should make more use of data analytics to spot cases of potential bid-rigging and other problems.

The $24-billion in child-benefit payments sent out by the federal government in 2019-2020 overall went to the right people and in the right amounts, an audit found. The Canada Revenue Agency has good controls to make sure recipients are eligible for the benefits and calculated the payments properly. But the auditors found that sometimes the government kept making payments based on outdated information and the program's presumption that female parents are main caregivers isn't always correct, causing problems for some families.

Following up on a 2013 report, the auditor general found Transport Canada's checks on rail safety have improved to focus more on riskier areas and to follow up better when safety deficiencies are spotted in rail companies' practices. The department has not, however, examined the companies' safety management systems for effectiveness, according to the auditors, only for whether they tick the necessary regulatory boxes.