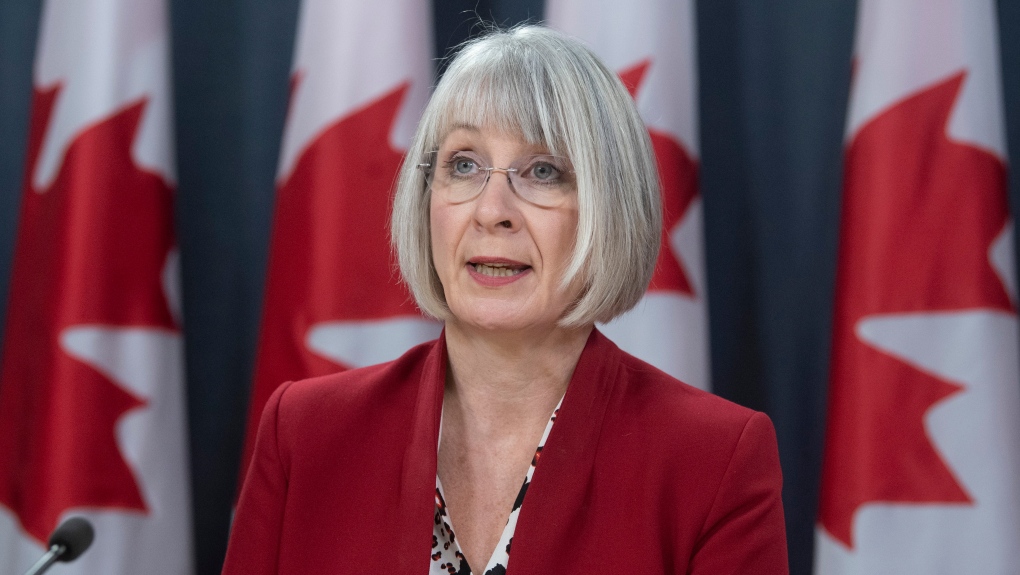 Minister of Health Patty Hajdu speak about Canada's efforts to evacuate citizens from China during a news conference in Ottawa, Thursday, February 6, 2020. THE CANADIAN PRESS/Adrian Wyld

OTTAWA -- The federal health minister will visit the site where quarantined Canadians will stay for two weeks after arriving from Wuhan, China, the epicentre of the coronavirus outbreak.

In an interview on CTV’s Power Play on Thursday, Patty Hajdu said she’ll be heading to Canadian Forces Base (CFB) Trenton in southern Ontario as early as next week.

"I will be protected according to the advice I get from public health officials."

She said she doesn’t know whether Foreign Affairs Minister Francois-Philippe Champagne will also be visiting.

The 194 passengers on the first flight from Wuhan will land in Vancouver before transferring over to another plane to take them to CFB Trenton. There’s an estimated 50 additional Canadians flying on an American plane that will follow the same flight path, ultimately arriving in Trenton.

"When they arrive at CFB Trenton, there is sufficient space for all of the passengers," said Hajdu.

A second Canadian plane to retrieve the remaining Canadians seeking repatriation in Wuhan is expected to leave next Monday.

"My colleague Minister Champagne is working right now on the details of the second plane and it will depend on the number of people that need to come and what kind of capacity we’ll need to provide so we’ll have more details about that as that situation unfolds."