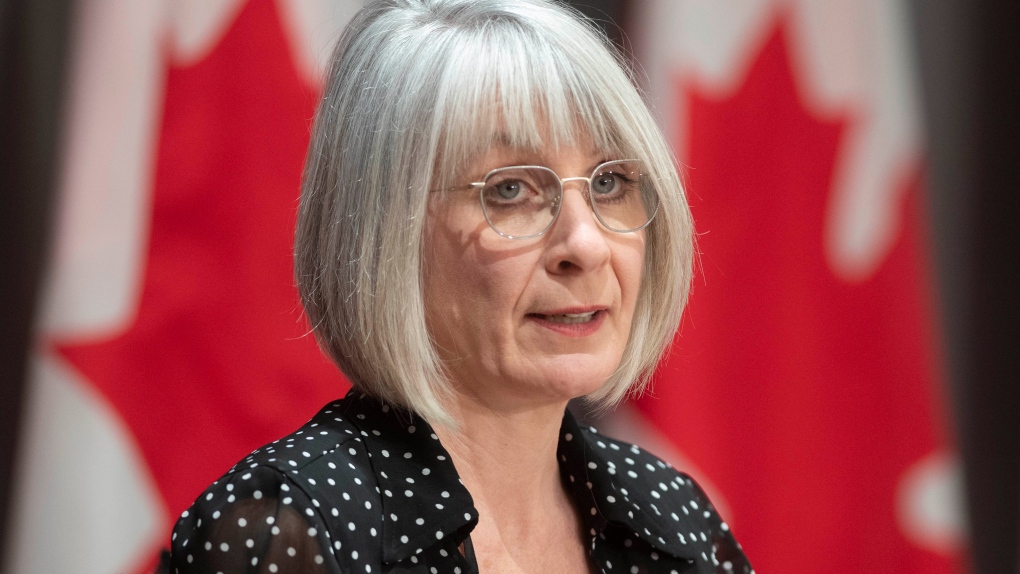 OTTAWA -- Federal Health Minister Patty Hajdu says she took off a face mask at the airport only to eat or drink, following a Twitter post showing her without a face covering at Pearson airport in Toronto.

The photo of Hajdu without a mask was posted Sunday evening by a self-described aide to Alberta's advanced-education minister.

It shows Hajdu seated in a chair by herself with a piece of rolling luggage next to her, either speaking or smiling.

Hajdu replied by saying that following public health rules is important to her and she removes her mask only when those rules allow it, such as to eat or drink.

There's no food or drink apparent in the image, though there is an open paper bag just visible on Hajdu's side, away from the camera.

In July, then-Conservative leader Andrew Scheer and Manitoba Premier Brian Pallister were photographed talking in a departure area at Pearson airport without masks, for which Pallister apologized.

This report by The Canadian Press was first published Oct. 25, 2020

Following public health rules is important to me. I wear my mask at all times at Toronto Pearson, and only take it off to eat or drink, as allowed. https://t.co/k0Nka9vSSG