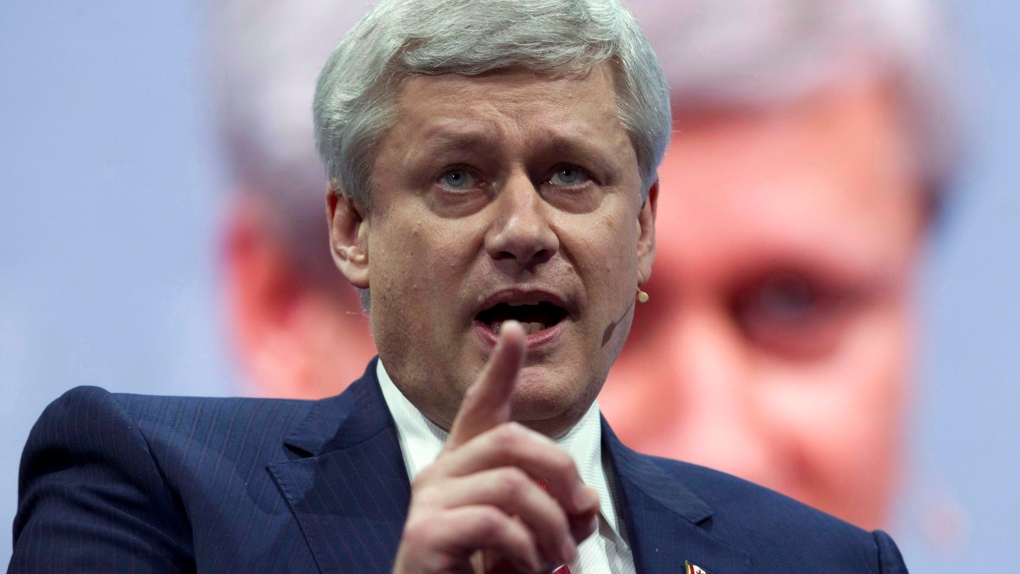 OTTAWA – Former Conservative prime minister Stephen Harper is offering a new warning about the dynamic of "elites" versus "populists" that he says led to U.S. President Donald Trump's election, playing out across the Western world. He then suggests that "populist conservatism" is the solution.

In a new video posted online on Monday titled "Why Trump Won," Harper defends Trump voters as "not the ignorant and misguided deplorable depicted in mainstream media, they are our family, friends, and neighbours."

Harper starts by introducing himself as a seven-time elected Canadian MP and three-time prime minister. He says that he didn't expect U.S. President Donald Trump to be elected, but he did think it was possible because he had sensed the political landscape shifting thanks to globalization.

The former prime minister published a book in 2018 called "Right Here, Right Now" about populism and politics that discusses, in more depth, the concept he proposes in the video.

"Many Americans voted for Donald Trump because the global economy has not been working for them," Harper says in the video. "We can pretend that this is a false perception. We can keep trying to convince people that they misunderstand their own lives, or we can try to understand what they are saying and offer some solutions."

He then posits that the way to serve these "ordinary people" is through "populist conservatism," that’s grounded in "tried and true conservative values."

The four issues Harper says conservatives should focus on are:

Harper said populist conservatives should be supportive of all these issues, but notes that, for example, "being pro-trade does not imply that every trade deal is a good one," or that "being pro-immigration should never mean sanctioning illegal immigration."

The video was posted by right-leaning organization PragerU, a self-described educational non-profit that posts five-minute videos to YouTube with the purpose of "a more rational America." It has already been viewed over 117,800 times.