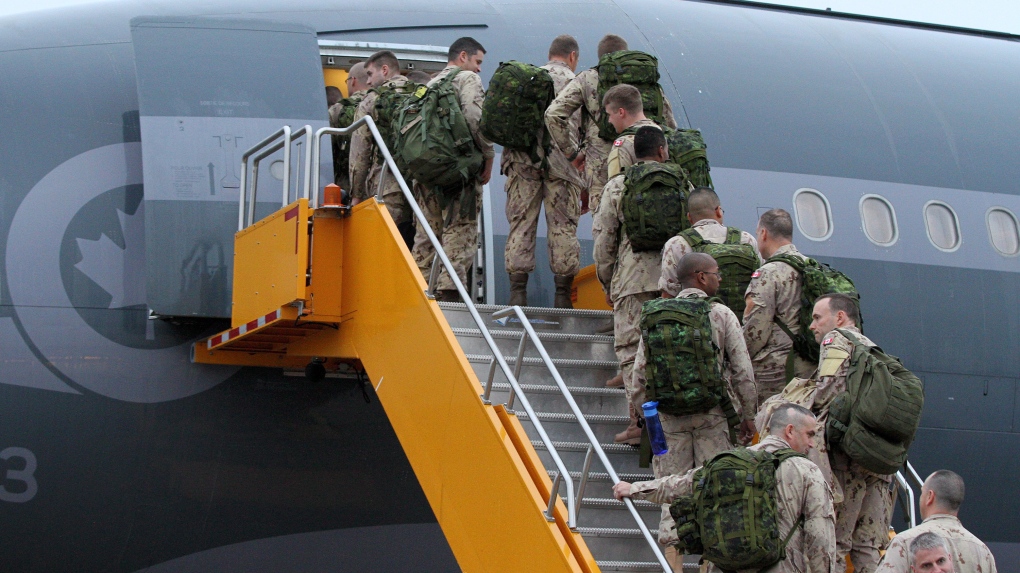 OTTAWA -- The Canadian Armed Forces have been in a lot of hairy situations over the years, but is taking that notion in a totally different direction by officially easing its restrictions on beards while in uniform.

The move announced Wednesday, and effective immediately, follows other recent attempts by senior officers to modernize the military for the 21st century -- and in the process increase recruitment and improve morale.

Previously, beards were only allowed for a small segment of the military population -- notably sailors on shore duty and members of a specific infantry unit thanks to historical precedent -- or because of religious or medical reasons.

There will still be some restrictions: unit commanders, for example, will be able to order troops to be clean shaven for safety reasons, such as if personnel are operating in places where they might need gas masks.

Sailors deployed on ships will also continue to be required to keep their five o'clock shadow under control for the same reason, as they need to be prepared to don firefighting equipment in the event of an emergency.

And anyone whose ability to grow facial hair is more akin to Sidney Crosby during the NHL playoffs than Joe Thornton will be required to shave off what the commanders have described as "unsuccessful attempts to grow a beard."

Otherwise, all service members will be permitted to sport beards provided they are neatly trimmed, worn with a moustache and no more than two centimetres in bulk.

"We were getting for a good year-and-a-half to two years questions as to why they weren't allowed," Guimond said in an interview. "It is 2018. That culture, it's okay if we change it so we keep our people happier."

At the same time, Guimond acknowledged the hope that the change would result in more Canadians considering a career in the Forces, which has been working overtime to recruit -- and retain -- more service members.

"The word was there that in the army, the beard was not allowed. What we are basically doing is opening the doors a little bit more."

Yet senior commanders felt some restrictions needed to remain in place to balance what troops wanted with the need to ensure service members remain safe and operations are not negatively affected.

The new policy on beards comes weeks after the military released guidance on when troops can use marijuana and opted to reimburse soldiers who bought their own boots. It is also pushing to be more inclusive and diverse.

The decision sparked mixed reactions Wednesday from service members and veterans on social media, with some praising the move as long overdue even as others worried the military would look less professional.

While he said he had heard only praise for the move, Guimond predicted it could be years before beards become commonplace in the Forces -- and admitted that he won't be growing out his own whiskers.

"It's my personality," he said. "Even on the weekend, when I don't work, I shave in the morning."