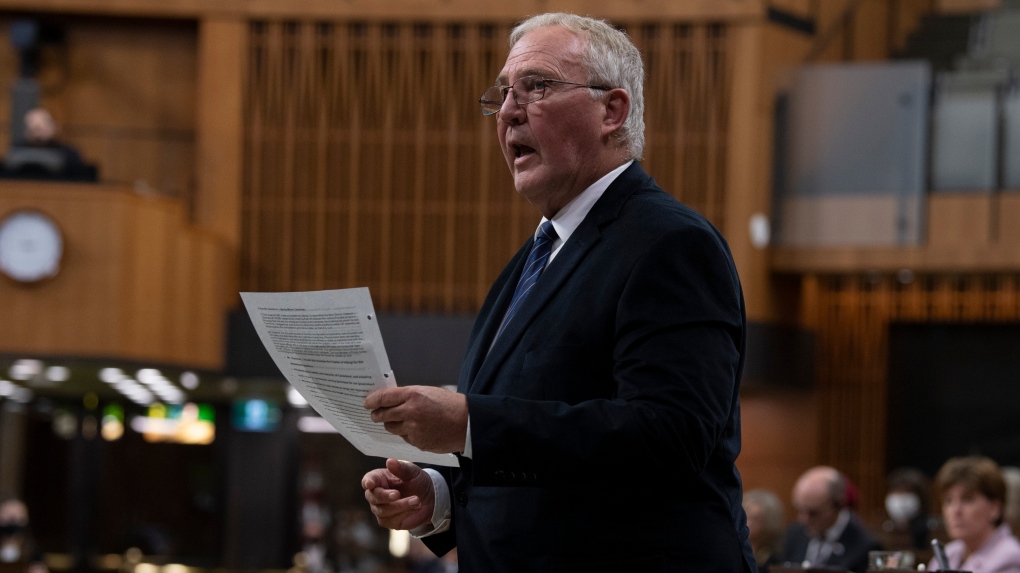 Public Safety and Emergency Preparedness Minister Bill Blair responds to a question during Question Period in the House of Commons Tuesday October 20, 2020 in Ottawa. (THE CANADIAN PRESS/Adrian Wyld)

OTTAWA -- A leading gun-control group is urging MPs to vote against the Liberal government's new firearms bill, saying it is too weak to salvage.

In a letter sent out this week, PolySeSouvient says the recently tabled legislation is a Liberal capitulation to the firearms lobby and amounts to throwing in the towel on gun control.

The letter from the group is signed by Nathalie Provost, who was shot four times during the 1989 attack by a gunman at Montreal's Ecole polytechnique.

It was sent to all MPs but Conservative members, given the party's opposition to the bill over concerns it unfairly targets responsible gun owners but not criminals.

PolySeSouvient wants the government to withdraw the bill and, should the legislation proceed, calls on MPs to vote it down at second reading in the House of Commons.

NDP public safety critic Jack Harris suggests there is general support in his party for the bill, but added he wants to hear from witnesses at a Commons committee.

This report by The Canadian Press was first published March 26, 2021.