Grewal rethinking decision to resign as MP, says he has repaid gambling debts 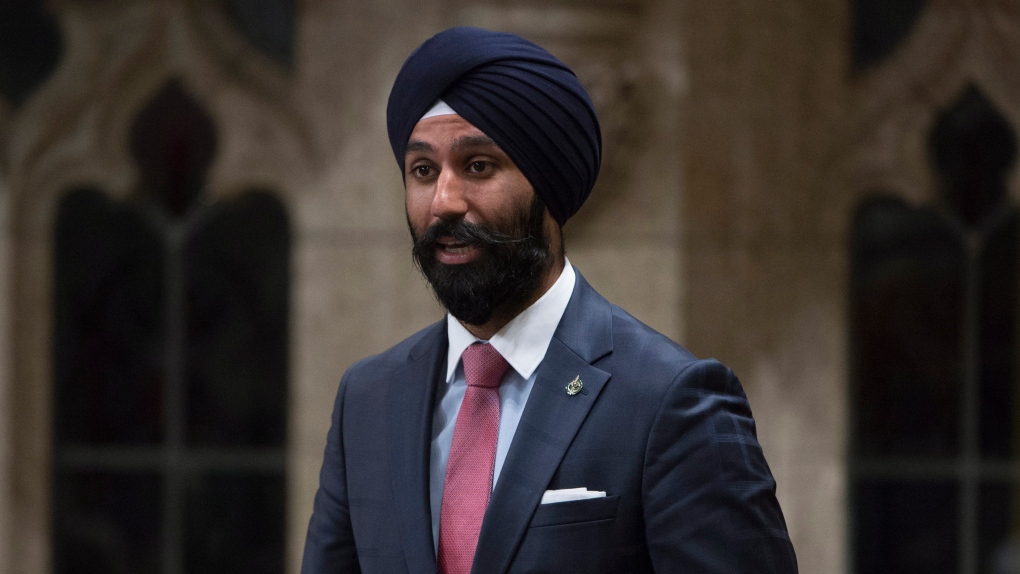 Liberal MP Raj Grewal rises in the House of Commons in Ottawa on Friday, June 3, 2016. THE CANADIAN PRESS/Adrian Wyld

OTTAWA -- Liberal MP Raj Grewal says he has repaid his sizable gambling debts and is now reconsidering his hasty decision to quit politics.

In a statement posted to his Facebook page late Friday, Grewal ended several days of silence, saying Canadians deserve to know the details of his personal troubles.

Grewal's sudden decision to step down as the member for the southern Ontario riding of Brampton East was prompted by a gambling problem that led him to incur significant personal debts, the Prime Minister's Office said last week.

A source with knowledge of events has told The Canadian Press that the RCMP began looking into Grewal's casino gambling based on reports of unusually large financial transactions.

In his message, Grewal said he began frequenting the Casino du Lac Leamy in Gatineau, Que., in early 2016, racking up personal debt in the millions of dollars playing high-stakes blackjack. He started to borrow money from family and friends to continue to gamble.

"On an average sitting, I would spend between 15 to 30 minutes at a table, and I either won a lot of money, which made me continue to chase wins, or I lost a significant amount of money, which threw me into complete despair," he says.

"I want to make it clear, that every single personal loan made to me was by cheque. Everybody has been paid back, and every loan and repayment is transparent and traceable. This has nothing to do at all with anything sinister except to feed my own addiction. I apologize to my family for both having to financially bail me out and to carry this burden with me."

Grewal says he hid his compulsive gambling addiction "from absolutely everyone" -- including his wife of four months -- and suffered in silence until telling his family on Nov. 5. Their love and support gave him the courage to speak to the Prime Minister's Office on Nov. 19, he says.

After a brief conversation Nov. 21 with Liberal colleague Mark Holland, the chief government whip, Grewal was told he probably could not remain in caucus and should resign his seat, the Facebook message says. Grewal flew back to Brampton to tell his family.

"In a highly emotional state, completely exhausted and facing an extreme time constraint, I made an unadvised and irrational statement on Facebook that I would be resigning my seat."

Grewal now says he will take a leave of absence from the Liberal caucus to focus on his mental health and recover, and make a final decision about his political future before Parliament resumes in the new year.

"I do not take this decision lightly, as it is easier for my family and me to just fade away and avoid the daily media scrutiny this will bring."

A well-placed insider told The Canadian Press on Wednesday that if Grewal did not officially resign soon, he would be kicked out of the Liberal caucus.

The federal ethics commissioner began an inquiry last May after two opposition MPs expressed concerns that Grewal might have been in a conflict of interest when he invited a construction executive -- who was paying Grewal for legal services at the time -- to official events with Trudeau during the prime minister's trip to India this year.

The Prime Minister's Office acknowledged last week that the RCMP had made inquiries related to the ethics complaint against Grewal. But the insider said the PMO only recently realized that the Mounties' questions might actually have been part of a broader investigation.