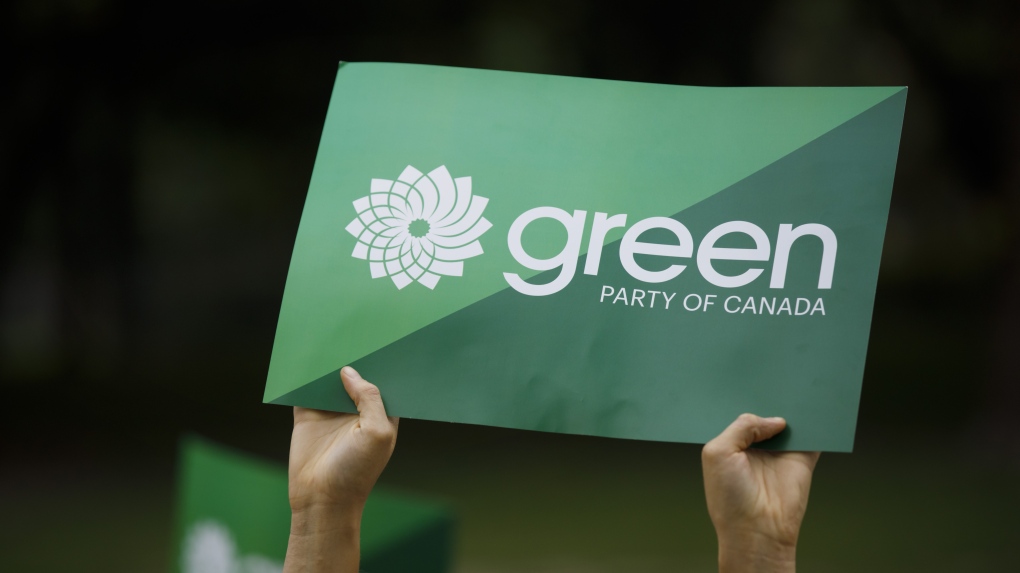 A supporter holds a sign for the Green Party of Canada in Toronto, Tuesday, Sept. 3, 2019. Nearly 35,000 people are eligible to cast a vote in next month's Green party leadership race. THE CANADIAN PRESS/Cole Burston

OTTAWA -- Montreal lawyer Meryam Haddad has appealed her expulsion from the Green party leadership contest and is expecting to find out tonight if she will be let back in.

A spokesperson for Haddad's campaign said the appeal was filed this afternoon and the party's leadership committee is to make a decision this evening.

Haddad said she was informed Tuesday afternoon that the party was taking her off the ballot, citing violations of the party's code of conduct.

"I truly hope the Green party reconsiders for the sake of the members and democracy," she said in a tweet.

The decision comes just days before electronic voting begins for the party to choose its next leader.

Almost 35,000 people are signed up to vote in the contest, with the winner to be announced in Ottawa Oct. 3. Electronic voting begins Sept. 26. Fewer than 300 members requested a mail-in ballot, leaving the rest to cast their vote electronically.

Haddad is the second Green candidate to be expelled from the race. In June, Montreal environmental activist Dylan Perceval-Maxwell was forced out after he made a comment during a virtual debate that police should have to pay $20 to every person of colour they stop, as compensation for the trauma and as an incentive for police to think twice about why they are stopping someone.

Haddad was among those who complained about the comment, and in that debate called it "super racist."

Without Haddad, seven people remain in contention for the Green leadership.

Haddad says she believes the decision to remove her is motivated by fear her campaign has been upsetting the "status quo."

"This is not the first time the (Green Party of Canada) establishment has attacked our movement or myself personally," Haddad said.

She noted that former leader Elizabeth May, who remains a strong force within the party as an MP and parliamentary leader, recently retweeted a comment slamming Haddad after she threw her support in the B.C. provincial election to the new B.C. Ecosocialists party, over both the provincial NDP and Green party.

May retweeted a tweet accusing Haddad of "stabbing your provincial cousins in the back" and saying Haddad did not "deserve to be leader of anything."

In a news conference Wednesday afternoon, May said she shared the wrong tweet in that case and doesn't intend to take a position on any of the candidates to succeed her.

But she said she stands behind the sentiment that federal Greens need to back their provincial cousins.

A party spokeswoman says there will be no further comment until after Haddad's appeal is heard.