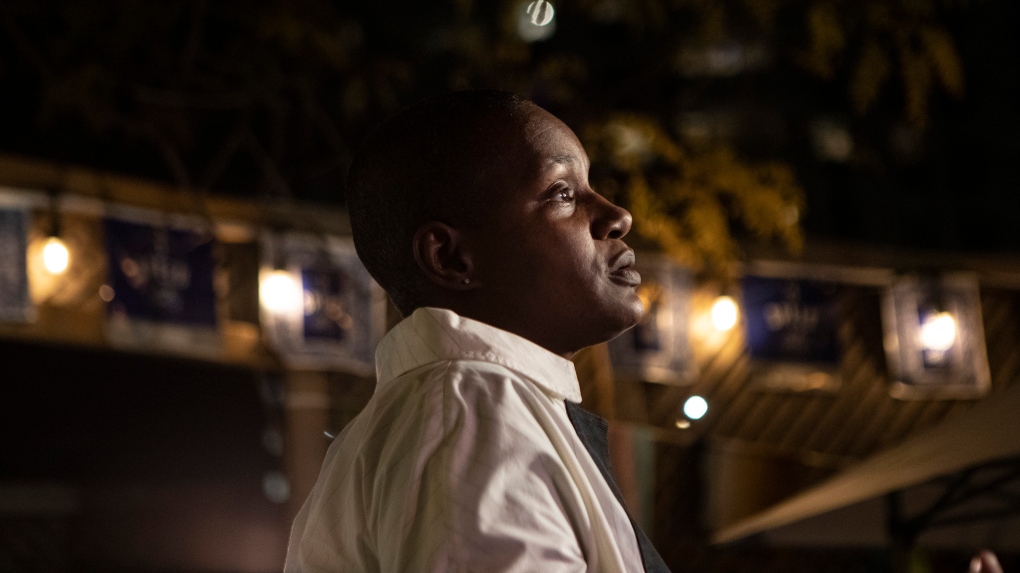 OTTAWA -- Annamie Paul is doubling down on Toronto Centre.

The Green party leader announced her candidacy for the nomination there Thursday ahead of a possible federal election, setting her up for a rematch in the riding she failed to win in a byelection less than four months ago.

Paul came in second to Liberal newcomer Marci Ien in October after former finance minister Bill Morneau resigned the seat, but she garnered a healthy one-third of the votes cast.

The decision ends speculation about whether Paul would run in other Green-friendly electoral districts in Ontario such as Guelph or Toronto--Danforth but reopens questions about the challenges she faces in one of the strongest Grit bastions in the country -- it's been red since 1993.

"There is no question that there may have been some safer places to run," she said at a virtual press conference in Toronto's St. James Town neighbourhood. "I am also a little bit nervous about it.

"There is no safe seat for the Greens, other than the ones that we currently had," she said.

Paul, who was born in the riding, hopes to use Toronto as a base to shore up support for other local candidates and take advantage of ready access to Canada's media hub.

"I believe that we can create a beachhead in Ontario," she said, speaking into a laptop camera outside a community centre, her husband and two children in the background.

The announcement is the latest move by the Greens, who have three MPs in Parliament, in anticipation of a potential election campaign as parties vet candidates and rev up fundraising.

Paul, who beat out seven leadership contenders in early October, is trying to carve a middle path among members who come in all shades of green, from eco-socialists to fiscally conservative climate hawks.

On the broader political spectrum, Paul has steered the party toward more socially progressive ground that encroaches directly on NDP turf, calling for a guaranteed livable income, universal pharmacare and free post-secondary education.

She has also zeroed in on the crisis in seniors' homes, where the COVID-19 death toll continues to rise at an alarming rate.

Toronto Centre includes neighbourhoods with many residents working precarious jobs, including essential workers who are exposed to greater risks of COVID-19 infection.

"This community needs somebody to be able to say we have lost too many of our members," she told reporters.

"The current MP is a lovely person. I have no reason to doubt that at all. But the fact is that when you are a member of a whipped party where you are expected to toe the party line you just don't have the ability to say the things that need to be said in a community like this."

Paul framed the pandemic as an opportunity to bring new voters into the leafy fold.

"This kind of disruption is, I think, an opening for people to reconsider their priorities to think about what kind of representation they want to see for their communities."

Paul also stressed the "resilience and the resourcefulness and the pride" of a neighbourhood she deemed emblematic of parts of the country that are struggling under the weight of a pandemic and economic disparity.

Toronto Centre encompasses wealthy neighbourhoods as well as some of the most disadvantaged in Canada, with a gentrified Cabbagetown butting up against shelters, payday lenders and Regent Park.

The Greens continue to face the dual challenge of a leader without a seat in Parliament and a party without official status in the House of Commons, which translates into a lack of airtime, funding and committee input.

The party says it plans to field a full slate of 338 candidates in the federal election, whenever the writ may drop.

This report by The Canadian Press was first published Feb. 11, 2021.

Here's a bit of Paul's letter to #GPC members about her decision. It goes on to say: "Now is the time to build our base in Central Canada... By running in Ontario, I can help us to capture that momentum and convert it into votes across the province." https://t.co/4VvA4zBoKf pic.twitter.com/S9TiCrFFLY