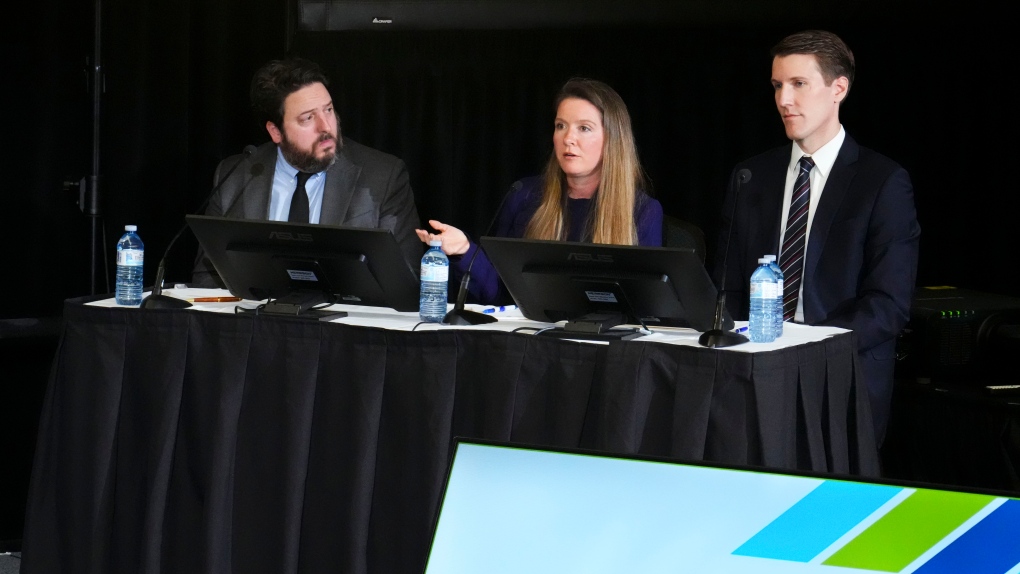 A panel of experts offered insight into a key issue the Public Order Emergency Commission will have to decide: whether the federal government has been forthcoming enough about why cabinet felt legally justified to invoke what is supposed to be a measure of last resort.

Over seven weeks of testimony it came to light that the government's interpretation of what constitutes a threat to Canada's national security was not in line with the one laid out in the Canadian Security Intelligence Service Act, which is cited in the Emergencies Act.

CSIS director David Vigneault told the commission the "Freedom Convoy" protests did not meet the threshold for a national security threat as defined in the CSIS Act, but he was assured that cabinet could interpret things differently in the context of declaring a public order emergency.

The legal advice that led Vigneault, federal public servants, cabinet and the prime minister to that conclusion was not released to the commission. The government insists it is protected under solicitor-client privilege.

"It would be hard to say that it does not affect the ability of the commission to reach a conclusion," former CSIS director Ward Elcock said, when asked about the impact of redacting documents and otherwise withholding information from the inquiry.

There are, however, issues of national security, cabinet confidence and, indeed, solicitor-client privilege that the government is "unable to make public," he said.

Giving up the government's legal opinion would be a "slippery slope," said Elcock, who also served in several roles in the federal public service.

The final week of hearings steered away from the events of the "Freedom Convoy" protest, and focused instead on legislative and societal issues that contributed to the chaos earlier this year.

Prime Minister Justin Trudeau invoked the Emergencies Act on Feb. 14 in response to the weeks-long occupation of downtown Ottawa by "Freedom Convoy" protesters opposed to COVID-19 public health restrictions and the federal government, as well as similar protests blockading land borders across the country, halting hundreds of millions of dollars in trade.

The emergency declaration granted extraordinary powers to governments, police and banks to limit the protesters' rights to freedom of assembly, freeze bank accounts and compel the co-operation of private companies, all in an effort to put a stop to the demonstrations.

It was the first time the legislation was invoked since it replaced the War Measures Act in 1988, so the legal thresholds for using it are still untested.

Ultimately it will be up to commissioner Paul Rouleau, who was tasked with leading the public inquiry, to decide whether the prime minister's decision was justified, without having seen the legal basis upon which it was formed.

That problem could be solved in the future by meeting the public halfway, said University of British Columbia law professor Hoi Kong, whose expertise is constitutional law.

He suggested a "simple response" to the concerns about transparency would be to require the government to convey a general understanding of the legal basis for declaring the state of emergency.

As several experts explained Friday, the very act of holding an inquiry is one way to keep the government accountable -- at least politically.

"One of the reasons for having accountability mechanisms is because you want the decision-makers, in the moment when they actually have to make a decision like this, to have like a little bird sitting on their shoulder saying, 'One day, someone who's not under this time pressure will look at what you've done,"' said Kim Lane Scheppele, a professor at the Princeton School of Public and International Affairs.

In that vein of transparency, Rouleau released a decision Friday to say the government had agreed to unredacted information it previously withheld on the grounds of parliamentary privilege in 20 documents that were submitted as evidence.

Brendan Miller, a lawyer for the Ottawa protest organizers, applied to have the information released, arguing it should not be privileged. The redactions include written notes and text message exchanges that belong to the prime minister's staff.

Since the testimony has now ended it's unlikely any new information in those documents will be put to witnesses but it can be considered by the commissioner and included in written legal arguments provided by various groups that participated in the inquiry.

At the end of the expert testimony Friday, Rouleau thanked the witnesses who appeared before the commission for assisting him in his work. That work now kicks into high gear.

The commissioner has only until early February to deliver his findings and recommendations to Parliament. The report must be made public in both official languages by Feb. 20.

This report by The Canadian Press was first published Dec. 2, 2022.