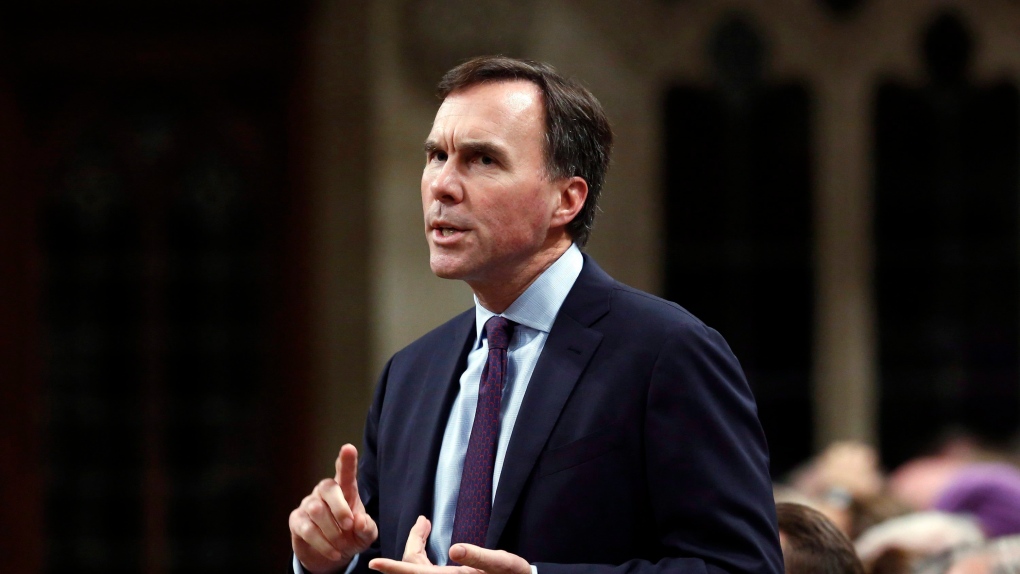 Morneau made the comment on Saturday at a meeting of the federal Liberal Party's Ontario wing, days before he's scheduled to deliver a fall economic update.

The remark also comes just three days after the Bank of Canada delivered bad news for the economy, downgrading the country's growth outlook yet again.

And when asked about precarious employment the finance minister told delegates that high employee turnover and short-term contract work will continue in young people's lives, and the government has to focus on preparing for it.

"We also need to think about, `How do we train and retrain people as they move from job to job to job?' Because it's going to happen. We have to accept that," Morneau said during a question-and-answer session.

Elsewhere in his presentation, Morneau noted that some people will see their jobs disappear in the years to come -- truck drivers and receptionists, for instance.

Morneau said the government has to look at helping out with the "things underneath" disappearing or precarious work.

He listed the changes to the Canada Pension Plan as an example, calling it "a recognition that people aren't going to have the same pension benefits" as in generations past.

"Recognizing that we need a way to help people through their career is something that will soften that blow as they think about the long term."

But his remarks weren't all doom and gloom.

He told delegates that the "first thing" the Liberals did was reduce taxes for nine million Canadians, and touted the Liberals' Canada Childcare Benefit as the biggest advancement in Canadian policy since universal health care.

He said the policy -- which was among Prime Minister Justin Trudeau's campaign promises -- has been lifting "hundreds of thousands" of Canadians out of poverty.

Trudeau also mentioned the benefit when he spoke at the meeting Friday night, when he said it provided more money to 90 per cent of Canadian families.

"We're on track to doing what we promised -- lifting 300,000 Canadian kids out of poverty," Trudeau said.