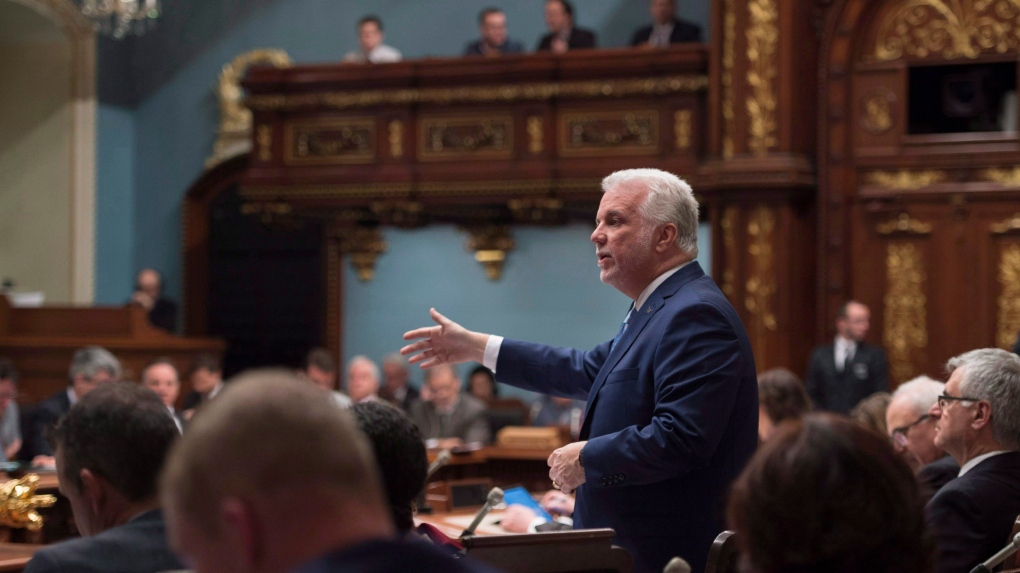 Quebec Premier Philippe Couillard responds during question period Wednesday, May 16, 2018 at the legislature in Quebec City. THE CANADIAN PRESS/Jacques Boissinot

QUEBEC -- G7 protests in Quebec City are forcing the closure of the national assembly later this week.

Some 10,000 civil servants who work in buildings in and around the legislature will be off the job Thursday afternoon and all day Friday.

Premier Philippe Couillard says security is paramount, even though he believes it is regrettable that democracy is being hijacked by the protests.

The decision to shut down the legislature was made after several meetings between Quebec provincial police and the office of the national assembly.

Members of the legislature will make up the lost hours next Monday and Tuesday before finishing their work June 15 ahead of the summer break.

While the G7 summit will be held in La Malbaie, about 140 kilometres northeast of Quebec City, three protests are scheduled in the provincial capital: one on Thursday evening, another on Friday and the third on Saturday.