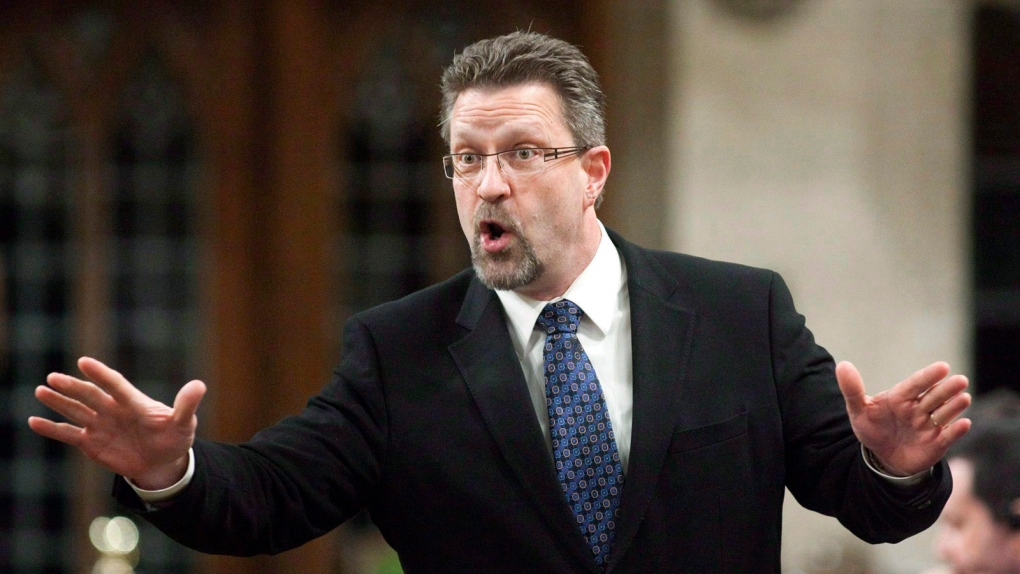 OTTAWA -- Even as the federal government moves to broaden the mandate of the country's spy agency, there's no need for greater oversight, says the ex-head of the committee that watches over the Canadian Security Intelligence Service.

Former British Columbia MP and cabinet minister Chuck Strahl said the existing, five-member Security Intelligence Review Committee has done a good job to date and can handle it in the future.

"We have an independent committee with significant resources ... far more than they have in Great Britain, for example," Strahl said in an interview this week.

The committee has broad access to CSIS and can look at agency emails, policies, case examples and warrants, he added.

The government's latest anti-terrorism legislation, Bill C-51, would expand the powers of CSIS and allow it to -- among other things -- disrupt terror plots before they unfold, rather than simply gathering intelligence about them.

The legislation has sparked controversy. Critics say it gives security and police agencies too much power and doesn't expand oversight. The NDP, in particular, wants Parliament to have the power to keep tabs on the agency.

Strahl is leery of putting legislators in that role, as is the case in the United States.

Congressmen and senators who oversee American agencies get involved in approving operations, Strahl noted. If they go wrong, there's a reluctance to criticize because the politicians themselves were complicit in the decisions.

In addition, he said, there is a lot of turnover in the membership of parliamentary committees.

"What you actually need in the security business is to build expertise and longevity."

The security committee has a quasi-judicial role in overseeing CSIS, something MPs shouldn't be doing, he added. "You'd get people acting as legislators and judges on the CSIS legislation."

The legislation would also promote greater information-sharing among security and police agencies, something Strahl said he considers a good step. However, it doesn't allow that kind of sharing among oversight agencies.

Two years ago, Strahl pointed to the review committee's report on Abousfian Abdelrazik, a Montreal man who was imprisoned in Sudan.

The committee was able to conclude that CSIS reported inaccurate and exaggerated information to partner agencies about Abdelrazik's case.

However, it was unable to fully explore the role played by the RCMP, Foreign Affairs, the Canada Border Services Agency and Transport Canada.

"We don't have the authority under the current system to chase those threads," Strahl said at the time. "All we can do is investigate CSIS."

The new anti-terror bill comes before a Commons committee next week. Strahl said he hopes MPs on all sides will "soldier up here and do the best they can" because it's an important debate involving national security.

"I hope that people will conduct themselves at as high a level as is possible in an election year because I think they will be judged partly on that."

Strahl left politics in 2011. In 2012, he was appointed to a five year term as SIRC chairman, although he quit in 2014 after it was revealed he was a registered lobbyist for a pipeline company.