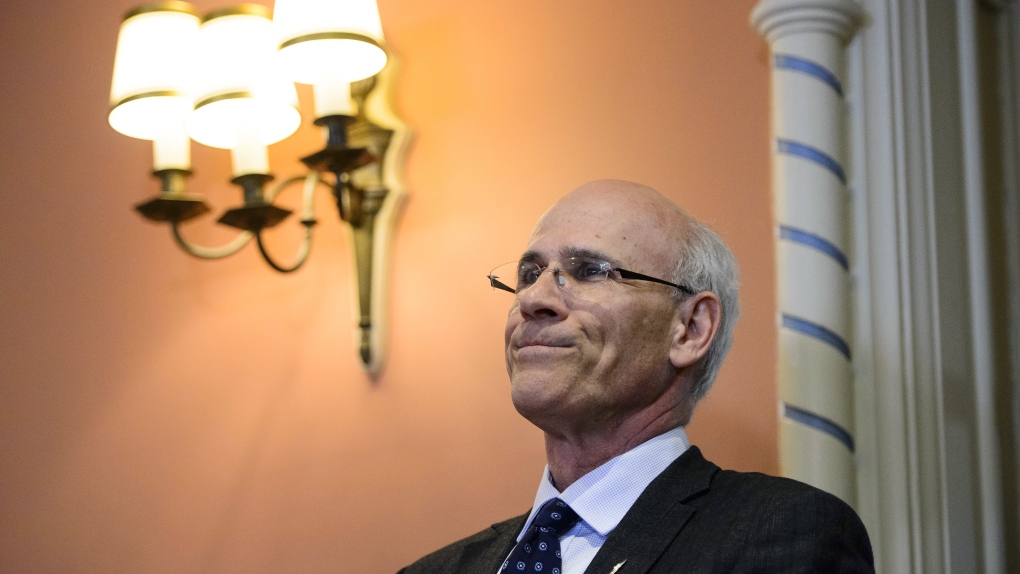 Clerk of the Privy Council Michael Wernick attend a swearing in ceremony at Rideau Hall in Ottawa on Friday, March 1, 2019. THE CANADIAN PRESS/Sean Kilpatrick

OTTAWA -- The former Clerk of the Privy Council says the government “lost sight” of an allegation against former defence chief General Jonathan Vance brought to light in March, 2018.

Michael Wernick told the House of Commons’ defence committee Tuesday that because former military ombudsman Gary Walbourne – who raised the report with Defence Minister Harjit Sajjan at the time – couldn’t provide more information about the allegation, they were at an “impasse” but in retrospect could have done more to pursue it.

In earlier testimony to the committee, Walbourne said he had brought evidence to the defence minister in a private meeting but he was abruptly turned away and told to go to the appropriate avenues to report the allegation.

Sajjan repeated on Tuesday that he took the proper step of informing his then-chief of staff to follow up with the PCO about the allegation given it involved a governor-in-council appointment. When the PCO did contact Walbourne, they were denied further information.

Wernick said he met with Sajjan in May and June of 2018 to discuss Vance’s performance and the length of his tenure, but acknowledged neither of them raised the allegation in their meetings.

He said at the time there were other preoccupations including the implementation of new defence policies, a renewed acquisition of fighters jets, Canada’s deployment to Mali, the Armed Forces’ leadership of the NATO training mission in Iraq, and the fact that Vance had good relations with the U.S. military at a time of turbulence in the White House.

“I concede in hindsight that they probably caused us to lose focus on the issue of sexual misconduct,” he said.

The current military ombudsman Gregory Lick on Tuesday issued a plea to the committee to refrain from politicizing its review of sexual misconduct in the Canadian Armed Forces and to focus now on concrete change.

"Enough of the self-protectionism and deflecting, enough political foot-dragging. It’s time to focus our collective energy on changing culture and establishing processes that will truly serve the individuals who find themselves the subject of misconduct," Lick said.

He said, as he did at the status of women committee last month, that he would have taken the same steps as his successor and would have hoped, as Walbourne did, for some confirmation of discretion to pass along to the victim.

Wernick said Sajjan could have at the very least accepted the envelope with the evidence of the alleged event but as in any case of misconduct, sexual or otherwise, it becomes difficult to investigate without the consent of the victim.

“If you don’t have corroboration of witnesses it does come down to he said, she said, he said and so on and getting to the bottom of it is not an easy thing to do and that’s why having professional, trained investigative bodies is a good idea,” he said.

In a statement to CTVNews.ca, Conservative defence critic James Bezan said “The revelation by the former Clerk of the Privy Council that Minister Sajjan could have accepted the evidence from the former Defence Ombudsman and the defence minister’s changing story is more evidence of a Liberal cover-up.”

Sajjan repeated the government’s commitment to developing an independent investigative body outside of the chain of command to manage sexual misconduct allegations.