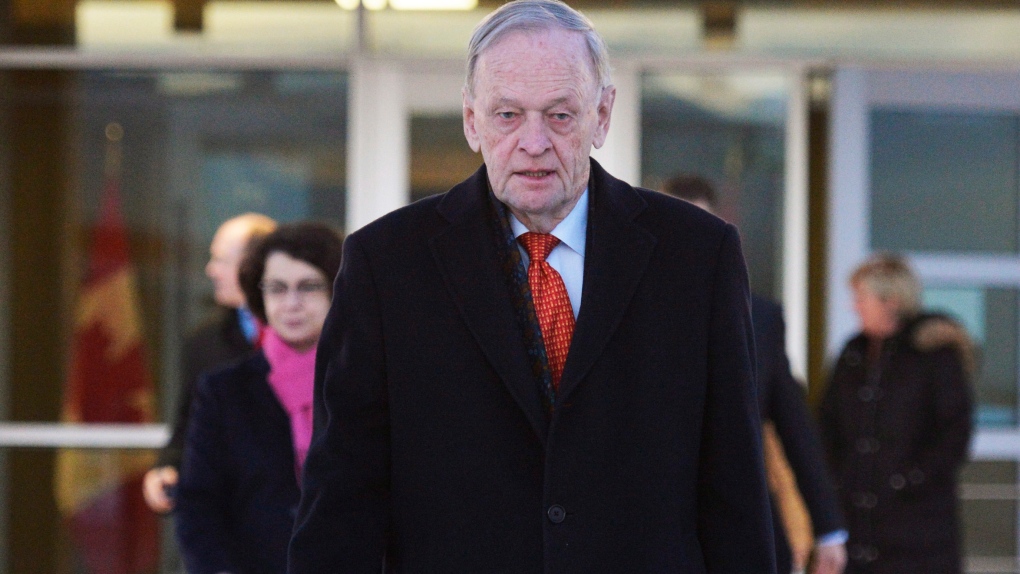 Former prime minister Jean Chretien prepares to board a flight for South Africa to attend a memorial for Nelson Mandela, in Ottawa, Sunday, Dec.8, 2013. (Adrian Wyld / THE CANADIAN PRESS)

OTTAWA -- Former prime minister Jean Chretien is receiving treatment for a kidney stone in Hong Kong after falling ill there, says a spokesman.

"Mr. Chretien has a kidney stone," said Bruce Hartley, a former executive assistant to Chretien. "He will return to Canada following treatment to remove it in Hong Kong."

Chretien, 85, was scheduled to speak at the U.S-China Trade and Economic Relations Forum in Hong Kong Tuesday.

Instead he was taken to hospital shortly after landing in the semi-independent Chinese territory Monday evening.

Tung Chee-hwa, a former leader of the semi-independent Chinese territory, told attendees at the conference that Chretien would not be able to make it to the event.

"I want to deliver an apology because Jean Chretien, the prime minister of Canada, he arrived here very late last night," Tung said, according to a transcript of his remarks. "And we were supposed to have breakfast together. But he has not been well. And as a precaution, we have taken him to a hospital. We think it is going to be all right. So wish him all the best."

Chretien was prime minister from 1993 to 2003. Expanding trade with China was a theme in Chretien's time in office and he's continued working on business links between China and North America since he went back to private life.