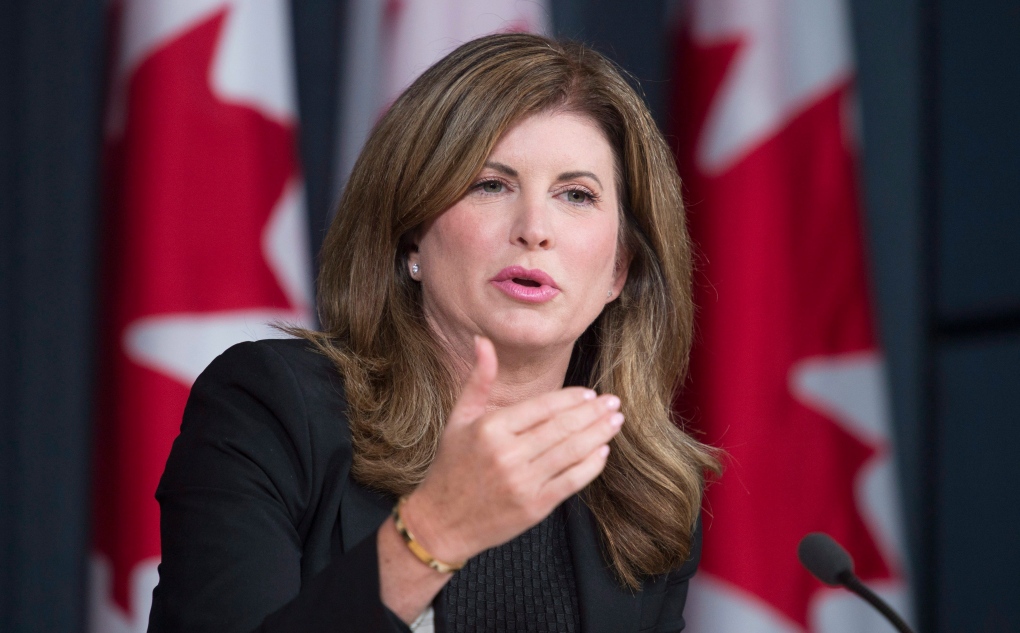 OTTAWA -- Former interim Conservative leader and past federal health minister Rona Ambrose has joined the board of directors for e-cigarette company Juul.

Her new position was announced in an email sent to Juul staff on Friday, citing her work on reducing smoking rates while federal health minister, which included introducing a cigarette tax, regulations to combat marketing flavoured tobacco products, and regulations around e-cigarettes aimed at preventing underage use.

“Rona’s unique public health and regulatory background will provide oversight and expertise as we continue to reset the vapor category and work to earn the trust of our stakeholders,” said JUUL Labs’ CEO K.C. Crosthwaite in the email, going on to say she will be a key asset in aiding the company with establishing a license to operate and build their “product advantage.”

Ambrose has previously advised the company, which is one of the larger e-cigarette brands on the market, in an industry that’s faced serious criticism over product safety and health risks.

As reported by BNN Bloomberg, Ambrose is the first woman to join the seven-member board.

In a statement provided by Juul, Ambrose — who was an MP for more than a decade and had been mulling a recent federal Conservative leadership bid — said that “supporting the potential of harm reduction for adult smokers is an important goal.”

Citing smoking as the leading cause of preventable death, Ambrose said that there is a need for businesses and regulators to work together to combat underage use and eradicate cigarettes.

Ahead of the COVID-19 pandemic, current Health Minister Patty Hajdu announced a series of new measures aimed at deterring the use and promotion of e-cigarettes, especially among youth, citing the serious health risks. Among the changes was mandatory health warnings on packaging and limits on nicotine content.