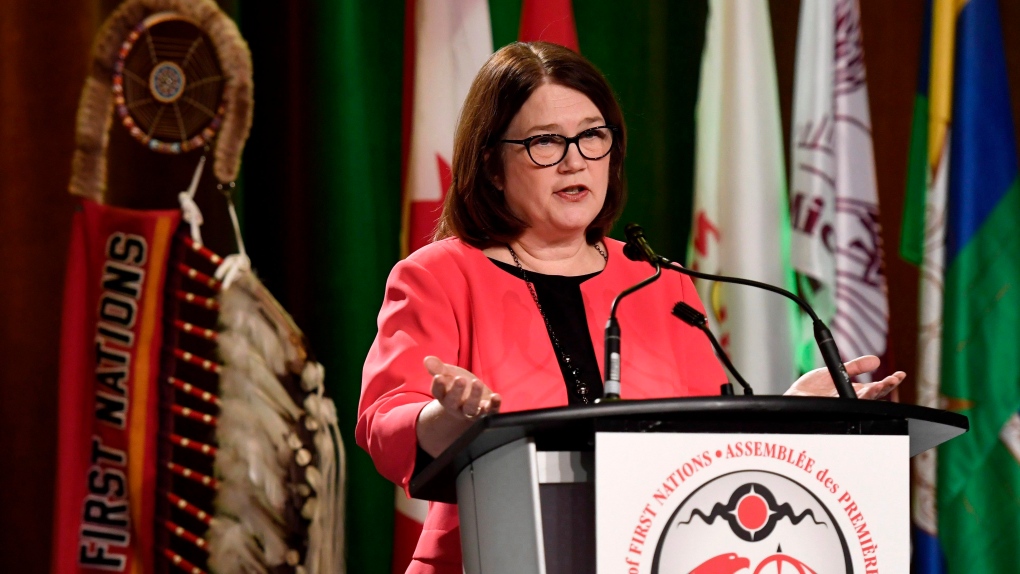 A former high-profile Liberal cabinet minister says the experience she gained overseeing the country's health system and Indigenous services has given her crucial background as she takes on a new role with a prominent Indigenous organization.

Jane Philpott, who resigned her cabinet post earlier this year over the government's handling of the SNC-Lavalin affair and eventually lost her Toronto-area seat in the Oct. 21 election, has been named special health adviser to Nishnawbe Aski Nation, whose territory comprises 49 remote communities in northwestern Ontario.

Philpott said NAN has already been working to establish a local health-care model that better addresses those communities' complex needs, and her role is designed to help them in that effort.

Her time in politics, she said this week, left her well aware of exactly how poorly Indigenous Peoples in Canada are served by the current system.

"It hasn't worked for a whole variety of reasons, but mostly because First Nations have had little to no say in what the health system should look like and how it can be designed to meet the needs of communities," Philpott said in a telephone interview.

Philpott, a physician who was vaulted into the health-care portfolio when the Liberals first took power in 2015, said Indigenous communities are "at the mercy" of a patchwork of systems for delivery of their medical care.

She said that while the federal government is responsible for funding health care on reserves, provincial rules apply beyond those borders.

She said the situation is uniquely challenging in NAN, a geographically vast territory spanning more than two thirds of the province.

Philpott said doctors can make more money in some parts of NAN territory than others, leading to shortages for those communities who can't match the more lucrative offers.

In other cases, nurses and other medical personnel are assigned for short-term stints on reserves through a process that Philpott herself is still trying to get a handle on.

"Despite the fact that I was minister of health for a couple of years and then minister of Indigenous services, I still frankly find it a bit chaotic and hard to understand what happens," she said.

Philpott said one of her first tasks with NAN will be addressing such human resources questions. She will also help the organization to find appropriate partnerships with other governments, medical schools, regulatory bodies and other partners that could help improve health-care delivery in the area.

Philpott's role with NAN officially got underway this week and is part-time for the present, though she said she expects her hours to ramp up.

The former minister, who made national headlines earlier this year when she resigned from cabinet and was subsequently turfed from the Liberal caucus, said she's still taking time to recover from a gruelling election race. That contest saw her lose her Markham-Stouffville seat to Liberal candidate and former provincial cabinet minister Helena Jaczek.

NAN Grand Chief Alvin Fiddler said he was eager to secure Philpott's help for the ongoing effort to transform health care across the territory.

In 2017, Fiddler signed a charter with both the federal and provincial governments, empowering NAN to take more control of its health-care affairs.

The arrangement is supposed to lead to a transition where First Nations can develop and implement their own health plans and avoid getting caught in government red tape.

Fiddler, who described Philpott as a valuable ally during her time in cabinet, said he hopes her ongoing support can help replace the current broken system with one designed by and for the patients it's meant to treat.

"These are old, colonial systems. They were never intended to really help our communities," Fiddler said. "We committed to ... rebuild a system that will actually work."