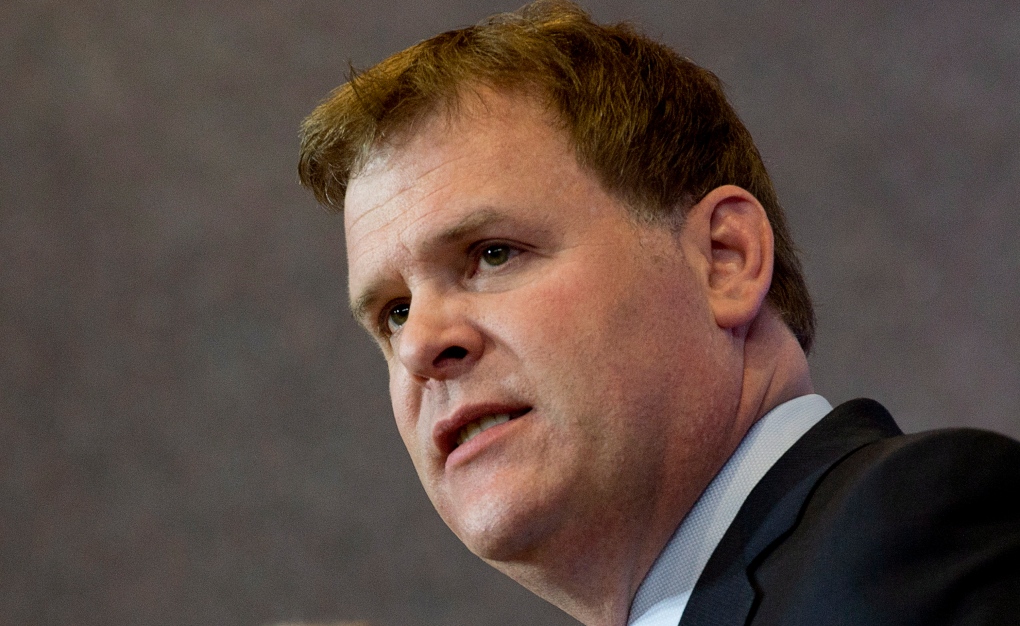 Foreign Affairs Minister John Baird responds to a question on Via Rail during a news conference Friday May 2, 2014 in Ottawa. (THE CANADIAN PRESS/Adrian Wyld)

In a statement posted to Twitter on Thursday, Baird said he was "grateful" for the support he’s received as of late but that he’s chosen to remain out of the race.

"I sincerely appreciate all the emails, phone calls, & offers of time and energy. When I left politics after 20 years of elected office, I committed myself to an equally rewarding career in the private sector. I am incredibly happy with my post-political life & enjoy my work," said Baird.

"Still, I want to provide some clarity that I will not be standing for Leader of the Conservative Party of Canada."

Throughout the course of his political career, Baird held a number of prominent ministerial positions in then-prime minister Stephen Harper’s cabinet, including foreign affairs minister from 2011 to 2015.

Baird had been tapped by outgoing Conservative Leader Andrew Scheer and the party to reflect and report on the election performance. Little details have been revealed about the contents of the report, causing concern by some who suggest it should be made public to, at the very least, prospective leadership candidates.

Baird was set to chair longtime Conservative MP and finance critic Pierre Poilievre’s campaign before he too announced he would not be making a bid to lead the party.

Prominent Tories have indicated their desire for Baird to run, including Harper’s former director of communications Kory Teneycke.

Only three candidates -- Peter MacKay, Erin O’Toole, and Toronto lawyer Leslyn Lewis -- have met the requirements to run for leadership, which includes 1,000 signatures from supporters in 30 ridings across seven provinces and territories, and a $25,000 fee submitted by Feb. 27.

"I look forward to an exciting leadership race, and I will continue to remain a proud Conservative activist and enthusiastically support the policies and principles of our Party," Baird said.