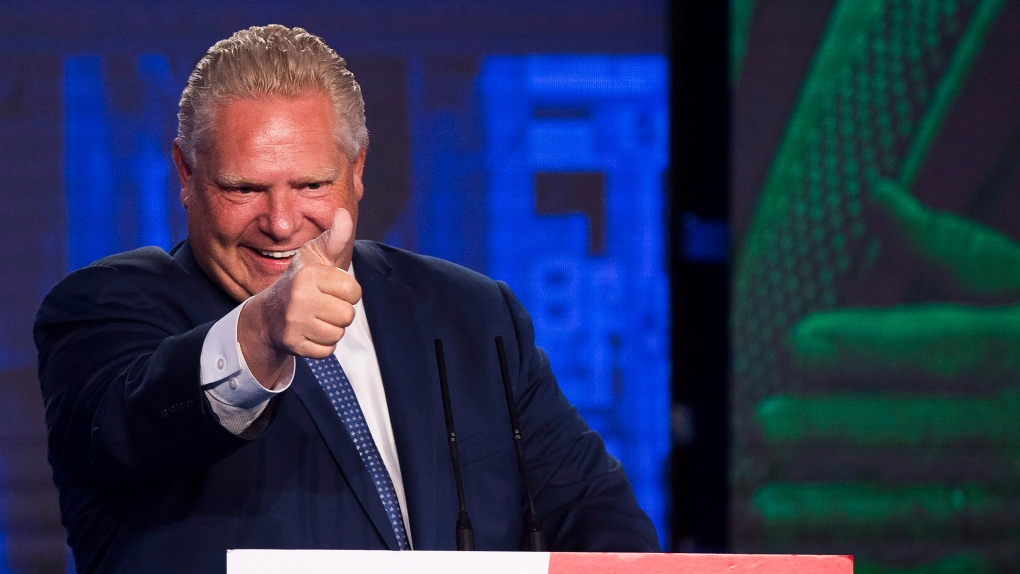 OTTAWA - A longtime Liberal member of Parliament says Doug Ford's Conservative election victory in Ontario puts the Trudeau government on a "collision course" with the province in the battle over climate change.

But Toronto-area MP John McKay says, ultimately, Ottawa will exercise its jurisdiction and impose a carbon tax on Ontario, regardless of any actions taken by Ford's soon-to-be-installed government.

Ford won a majority government in Thursday's provincial election on a platform that included a pledge to scrap Ontario's cap-and-trade carbon pricing system.

He also promised a Supreme Court of Canada challenge over any attempt by the federal government to force a carbon tax on the province.

Under federal legislation, all provinces have until the end of this year to enact carbon pricing plans and if they don't meet federal standards, a national price will be imposed on them.

At least one province -- Saskatchewan -- has threatened to sue Ottawa if it tries to impose a carbon price.