OTTAWA – Legal recreational marijuana goes on sale across the country on October 17, but Canada’s airline industry says it has not yet been given any directive from the federal government about how to deal with the effects of legalization on its pilots and crews.

Transport Canada has air regulations that impose specific limits on alcohol use -- the so-called "bottle-to-throttle" rule that bans crews from drinking within eight hours of a flight. Though, most airlines require a 12-hour dry period. These regulations make no mention of a safe time for marijuana use. In other words, there's no "joint-to-joystick" rule.

"We just want prescriptive regulations. What’s acceptable? What's not acceptable, for the crews, the flight attendants, the maintenance people," said McKenna, who represents commercial airlines in Canada. He said he brought this up with Transport Minister Marc Garneau in a meeting months ago, and McKenna said the minister told him that the government was working on it.

In a statement to CTV News, Garneau's office said the current regulations already prohibit pilots and crews from working if they are impaired. Specifically, Transport Canada imposes a "fit for duty" medical certification that can be revoked if drug or alcohol use compromises a worker's ability to do their job safely, and there is an expectation that fellow employees monitor for impaired colleagues.

"Cannabis can impair a person’s ability to safely operate any type of aircraft, risking the lives of people and property. It is illegal to fly while impaired by cannabis now and after it is legal in Canada," said Garneau’s director of operations Mélany Gauvin in a statement.

However, measuring pot impairment remains an imperfect science, and has experts calling for clarity.

"We have to outline it more specifically… Where’s the benchmark, or the measurement for the cannabis, or the marijuana in your system?" said Phyl Durdey, an aviation expert with Flightline Training Services. "I think it is prudent for Transport Canada to scrutinize this a little bit further, and actually set forth exact guidelines to say, ‘Hey, this is not acceptable.'" 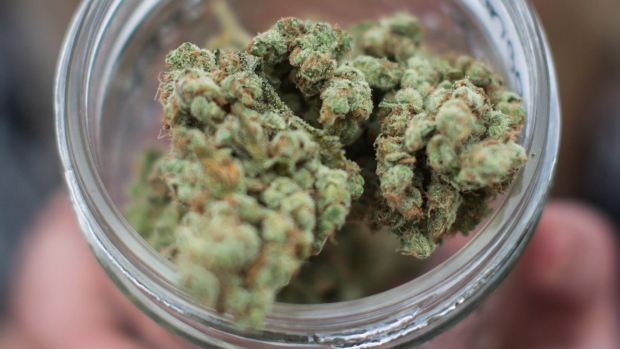 During parliamentary hearings on Bill C-45, the Cannabis Act, experts testified that there is no consensus on how to determine scientifically whether a person is high behind the wheel, and what level of THC -- the main compound that causes a high -- is required to constitute impairment.

As part of Bill C-46, the companion legislation that deals specifically with drug impaired driving, the federal government states that having between two and five nanograms of THC per milliliter of blood would be against the law.

Though, experts have said that how long TCH can linger in a person’s system largely depends on the individual and their tolerance.

Of particular concern for aviation is the possibility that it can be released from fat cells days after use during an "adrenaline event" -- a moment of sudden and intense stress, something that pilots can face.

"If there's anything that is in the person's system that could cause, for instance, an adrenaline rush, or have this THC that’s stored in the system deploy at a certain critical point in time, then it could have adverse effects," Durdey said.

Still unclear is how often pilots will smoke pot once its legal. A 2014 study by the US National Transportation Board reviewed toxicology records of pilots killed in aviation accidents -- including private pilots -- and found about three per cent had traces of illicit drugs in their blood, mainly cannabis.

There are also concerns about the enforceability of any new rules around marijuana use. In Canada, there is no random testing of Canadian pilots for alcohol or drug use, unlike in the United States, where even ground crews are subject to routine testing.

McKenna said his members would like to see random testing become part of the Canadian system.

"We've been asking for that for a long time. We were asking, 'Is this something that’s going to come along with this legalization of marijuana?' And we've got no commitment so far of any kind," he said.

In contrast, operators of streetcars and subway trains in Toronto's public transit system undergo random checks. They're considered impaired if they use marijuana within four hours of a shift. Other industries where safety is involved mandate a full 24 hours.

"You have a divergence of what decision makers in our country are going to accept as determinative of impairment," said Mario Torres, an expert in employment and cannabis law with Brazeau Seller Law.

"Nobody really wants to be that person or that decision maker, or that executive who says, 'You know what, I decided on six hours,' and then it turns out that impairment was a factor. I think when you’re talking about flying an aircraft, erring on the side of caution is something that you're going to have a hard time arguing against," Torres said. 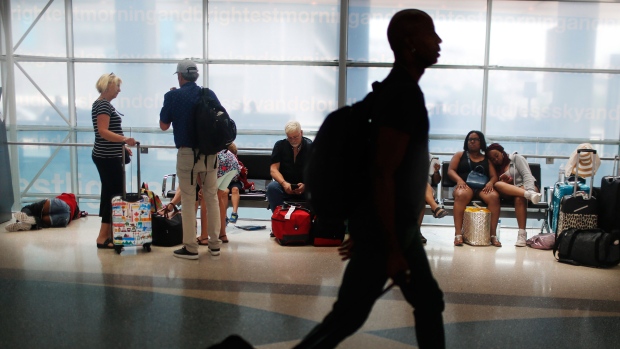 Air Canada says it is still finalizing its policy on cannabis use but told CTV News that the airline will "be certain to have the appropriate policies in place" to keep its passengers and employees safe come Oct. 17.

WestJet is promising that new rules coming this fall will "strictly prohibit the use, possession and distribution of cannabis on the company premises, worksites, while on duty and at company social functions."