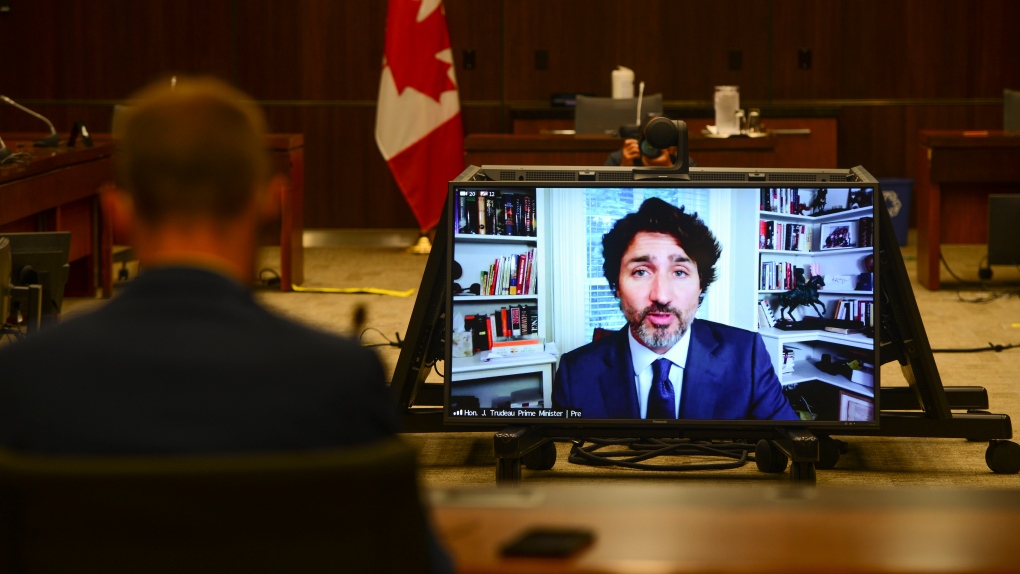 OTTAWA -- The House of Commons ethics committee continues to be stuck on a motion to examine government spending during the COVID-19 pandemic and Prime Minister Justin Trudeau's relationship with WE Charity.

Liberal MPs occupied most of two hours with ruminations on the role of Parliament, the proper business of the ethics committee, and the value of the organizations the other parties' MPs want to examine.

In the end, the committee adjourned without taking a vote, and its chair David Sweet said he wasn't sure when it could meet again.

The motion is a third attempt at examining conflicts of interest in the government's response to the COVID-19 pandemic, after two tries to probe Trudeau's relationship with WE Charity each failed by one vote.

The motion before the committee was proposed Monday by NDP MP Charlie Angus before it was amended twice to expand its scope beyond WE.

Liberal MP Brenda Shanahan spoke for about 30 minutes at the beginning of the committee's meeting, saying the proposed probe is now too broad.

"This is a fishing expedition. They're going on a wild-goose chase," she said.

The committee started Monday debating the motion to study possible conflicts of interest and lobbying violations in relation to pandemic spending.

The core idea is to examine whether people with Liberal connections have received undue advantages in getting government contracts or changes in government policy during hurried responses to the COVID-19 pandemic.

Bloc Quebecois MP Marie-Helene Gaudreau proposed an amendment to add a look at all contracts for speeches by Trudeau and his wife since Trudeau was elected to Parliament, which Angus backed.

At issue there is the relationship between the Trudeaus and WE Charity, the group the government picked to run a program to pay stipends to students for volunteering for pandemic-related causes last summer.

The deal collapsed days after the prime minister announced it, amid questions about whether the WE organization was qualified for the work and how much members of Trudeau's family have been paid for appearances at WE events over the years.

The committee would invite representatives of the Trudeaus' speaking agency to testify about all files related to speeches organized, since Oct. 14, 2008, for Trudeau and his wife, and would demand copies of all the relevant paperwork.

Shanahan said Tuesday the amended version is so wide and would require the committee to investigate the "private life" of Trudeau's family, adding that Angus said that Parliament is not the place to conduct such investigations

Angus interrupted, saying she was misrepresenting him.

"We decided not to continue the investigation to the Trudeau family as a sign of goodwill to try and get the Liberals to actually stop filibustering," he said.

"She has found every possible means to obstruct and to filibuster and to deny us getting to our work."

Liberal MP Francesco Sorbara then spoke for almost an hour, reading reports and documents related to companies the government contracted during the pandemic.

A first motion aiming to acquire WE Charity speaking contracts involving Trudeau and his wife Sophie Gregoire Trudeau failed last week when Bloc Quebecois MP Julie Vignola joined Liberals in voting against it -- by accident, the Bloc said then.

"We were victims of a communications problem," Gaudreau said.

She proposed a second motion Monday, to study Trudeau's and his wife's speaking contracts.

That failed on a 4-5 vote, with Angus abstaining, before Gaudreau got a similar idea tacked onto Angus's motion.

This report by The Canadian Press was first published Nov. 3, 2020.