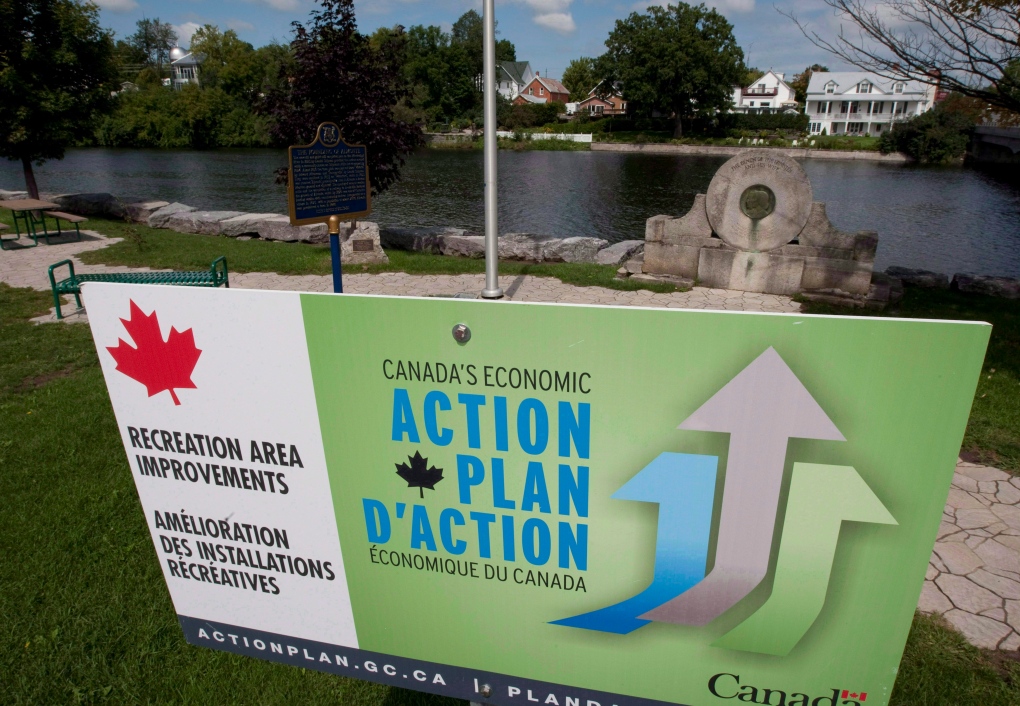 OTTAWA -- The Harper government spent $21 million on major advertising campaigns under its Economic Action Plan brand in 2011-12, according to the latest annual report on ad spending.

Ottawa shelled out $78.5 million in the last fiscal year telling Canadians about everything from the switch to digital TV and the War of 1812, to elder abuse and anti-drug messaging.

"The central theme remained the promotion of key initiatives, programs and benefits available to Canadians through Canada's Economic Action Plan," says the introduction to the Public Works report.

Canada's Economic Action Plan was coined for the January 2009 stimulus budget during a global recession, but it has been maintained by the Conservatives as an all-purpose brand for feel-good government measures.

Everything from boutique tax credits that predate the 2008 economic crash to First Nations announcements have been promoted under the action plan logo.

Despite government polling that suggests diminishing returns, the Economic Action Plan continues to be heavily promoted with ads currently being aired by the tax-collecting CRA, Natural Resources Canada and HRSDC.

"The government has an obligation to inform Canadians about the programs and services available to them and one of the channels through which we inform Canadians is advertising," Andrew MacDougall, the prime minister's spokesman, said in an email Monday.

He noted that the government "assesses the effectiveness of the ads and will incorporate any feedback it receives into the next series of advertisements."

In 2005-06, Ottawa spent $41.3 million on advertising, a number the government has roughly doubled in every year since Stephen Harper took office in January 2006.

The Conservatives — who rode to power in part due to the Liberal sponsorship scandal and government advertising corruption — spent more than half a billion dollars, $548.6 million, on advertising through their first six years in office.

"What's especially troubling about federal government advertising is the steady upward creep of money that is spent on ad buys of dubious value," said Jonathan Rose, a political scientist at Queen's University who specializes in political communication.

Rose is an external adviser to the Ontario auditor general's office, which since 2004 has overseen all provincial government advertising to ensure it is informative, fact-based and not partisan in nature. It's a system that many argue Ottawa should adopt.

"The unregulated nature of this (federal) spending demonstrates the need for some kind of legislative or parliamentary oversight," Rose said in an email. "Unfortunately, with a majority government there is little or no incentive to do anything."

An April 2012 poll on the Economic Action Plan ads found respondents calling them "propaganda'' and a "waste of money,'' with only six individuals among the 1,000 surveyed saying they went to the actionplan.gc.ca website for more information.

However an internal analysis of the poll by the Privy Council Office, the bureaucracy that supports the prime minister, found a measurable political benefit in the advertising.

Among those who could not recall seeing the action plan ads, 42 per cent approved of the government's overall performance. Approval jumped to 47 per cent among people who had seen the TV ads, according to the analysis obtained by The Canadian Press under the Access to Information Act.