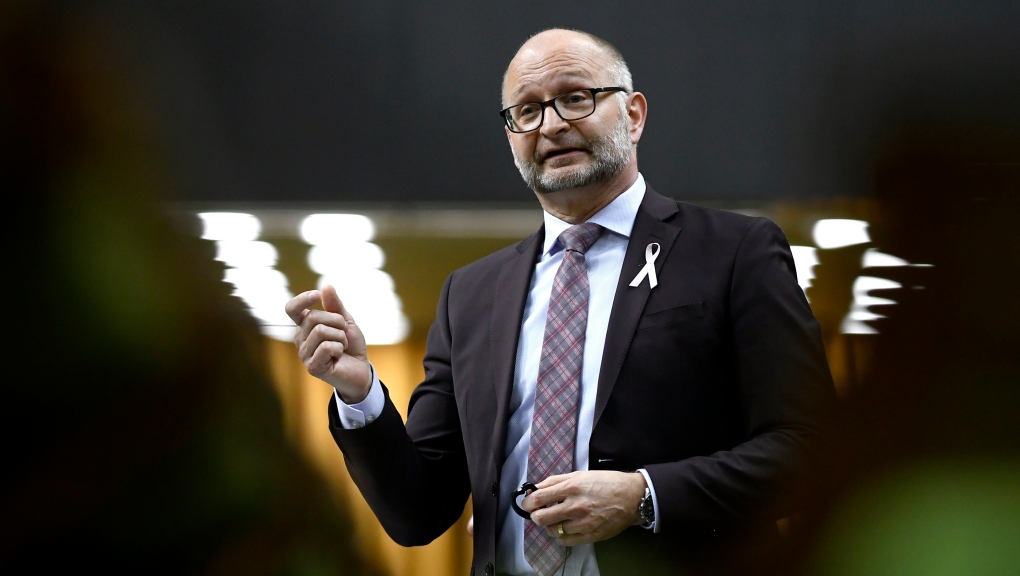 Minister of Justice and Attorney General of Canada David Lametti rises during a Committee of the Whole in the House of Commons on Parliament Hill in Ottawa on May 14, 2019. THE CANADIAN PRESS/Justin Tang

OTTAWA -- Federal Attorney General David Lametti has filed a motion to request a four-month extension to respond to a court ruling that struck down sections of the federal assisted dying law.

In September the Quebec Superior Court ruled that sections of the federal and Quebec laws on medically-assisted dying were invalid, finding that they were unconstitutional because they were too restrictive.

The court specifically took issue with the Criminal Code requirement that a natural death be "reasonably foreseeable" in order for a person to be eligible for assisted death. This gave the federal and provincial governments six months to review the ruling and revise their laws, with the court’s ruling set to come into effect on March 11, 2020, unless an extension was granted.

In a joint statement, Lametti in his capacity as the minister of justice and Health Minister Patty Hajdu said that following consultations that hundreds of thousands of Canadians participated in, the government intends to "introduce new medical assistance in dying legislation in the near future," and the extension would "give Parliament time to consider and enact proposed amendments."

The Quebec government has already announced it would comply with the court decision, and is dropping the sections the court took issue with but is not making any additional amendments to the provincial law. As of March 12 the criterion of "reasonable foreseeability of natural death" in the federal law will no longer apply in the province, but will remain in force in other provinces and territories.

The federal law as it stands states that Canadians 18 years of age or older who are considered mentally competent can access an assisted death, under a series of eligibility criteria. It also puts in place protections for medical professionals who would play a role in administering the assisted death. Not included in the law—but called for by some at the time— was the ability for patients to give advance directives, or for mature minors to have the ability to seek an assisted death.

According to the federal government approximately 300,000 people responded to the online survey that ran last month, soliciting feedback on potentially expanding the eligibility criteria and other aspects of the law.

Lametti had previously said that the government was aiming to table the legislative amendments in February, but hadn't ruled out asking for an extension. Should the request be granted, the Liberal minority Parliament would have until July to pass legislation amending the law brought in under Prime Minister Justin Trudeau in June 2016.

“We remain committed to responding to the Court’s ruling as quickly as possible," the statement said.