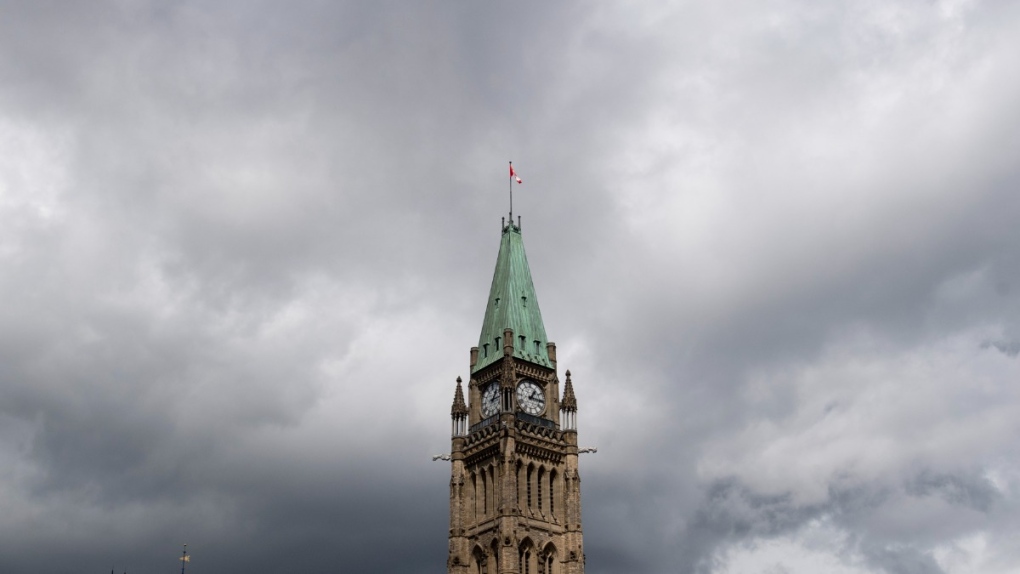 Storm clouds pass by the Peace tower and Parliament Hill in Ottawa, on August 18, 2020. (Adrian Wyld / THE CANADIAN PRESS)
OTTAWA -

In its monthly fiscal monitor report, the Finance Department says the tally for the April 2021 to March 2022 period compared with a deficit of $314.0 billion a year earlier.

Program expenses, excluding net actuarial losses, totalled $457.3 billion, down from $577.6 billion a year earlier due in large part to lower transfers to businesses, individuals, and other levels of government.

Revenue for the fiscal year totalled $396.8 billion, up from $299.5 billion, due to higher tax and other revenues.

This report by The Canadian Press was first published May 27, 2022

With hospitalizations up, France weighs return to masks

Tourism is booming again in France -- and so is COVID-19. French officials have 'invited' or 'recommended' people to go back to using face masks but stopped short of renewing restrictions that would scare visitors away or revive antigovernment protests.