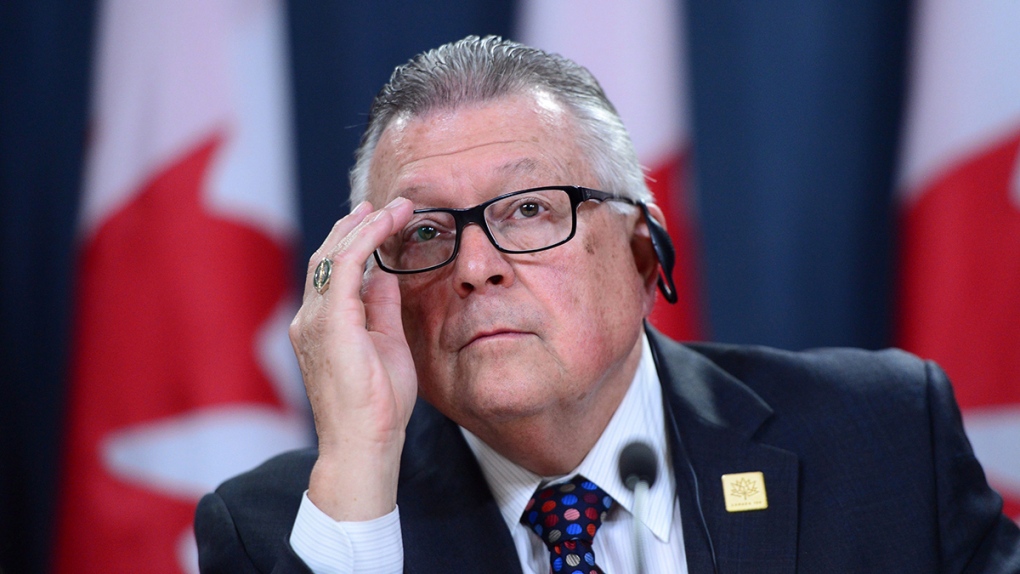 OTTAWA -- The federal government's long-promised counter-radicalization centre is now open, but the appointment of a special adviser to shape a national strategy could be months away.

The government says the Canada Centre for Community Engagement and Prevention of Violence will provide national leadership, co-ordination and support to stop young people from heading down a dark path.

Public Safety Minister Ralph Goodale says the new centre will help society do as much as humanly possible to prevent radicalization to violence before tragedy strikes.

The centre's community resilience fund will put money toward intervention programming and research.

Officials are launching a call for proposals beginning July 6, and an initial 10 projects have already received money.

In the coming months, a special adviser will be appointed to meet with young people, community leaders and experts across Canada to identify priorities and shape a national strategy on countering radicalization to violence.