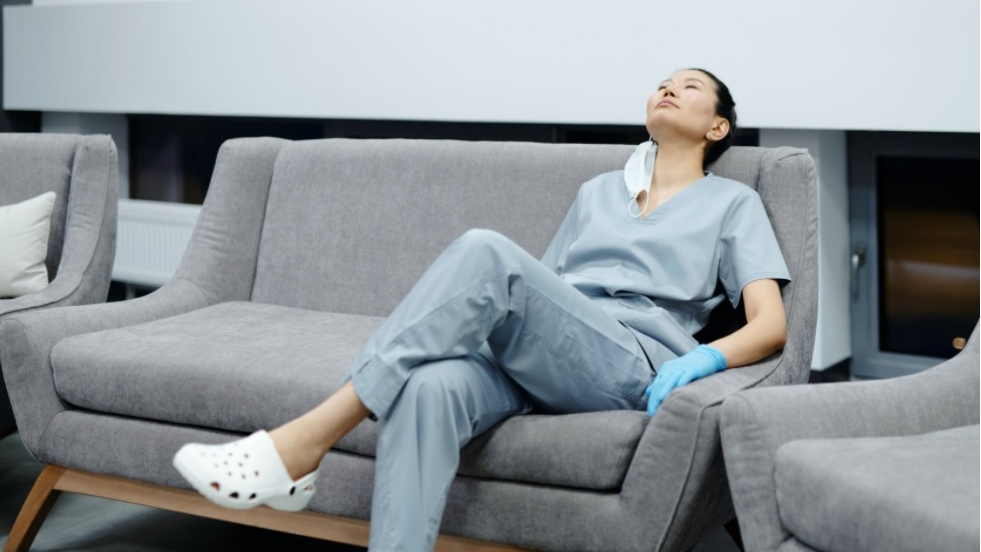 TORONTO, ONT -- There is less than a week to go before election day and federal leaders continue to cross the country campaigning on the issues that they think are most important to Canadians, including pandemic measures, housing, long-term care homes, health care, climate change, jobs, and the economy.

While child care has received some attention at both the debates and on the campaign trail, the issue hasn’t featured as prominently as the issues of long-term care homes or job creation for example. This represents a real failure on the part of party leaders to show Canadians that women’s issues are integral to the overall economic, social, and climate health of the country and most importantly, how social supports work together to support or exclude women.

The three main parties – Liberal, Conservative and NDP – have all made the same promise to create one million jobs. What we didn’t hear is how each party plans to specifically target jobs for women who were disproportionately impacted during the pandemic.

The number of women who left the job force since the pandemic started is more than ten times the number of men. Women overwhelmingly work in the industries that were declared essential services during the pandemic, yet these sheroes are disproportionately overrepresented in those making minimum wage or lower.

We also know that 90% of the staff working in long-term care homes are women and 91% of nurses caring for our family members in hospitals are women. Across all industries, women still make far less than men – a whopping 23% less. For Indigenous women, that number is even lower at 35% less.

So, the post-pandemic path forward should be about more than simply creating jobs -- it must also be about provide the necessary social services and wages to support women to be able to access these jobs -- so many of which are critical to the health and well-being of our families.

If we know that women are the ones staffing long-term care homes and doing the critical care of nursing in our hospitals, not only must we ensure federal parties have a plan to pay better wages, but many will never get to work – regardless of the pay – if they do not have access to affordable child care. To this end, the Liberals promise to work towards $10/day daycare and have already signed agreements with most of the provinces and territories to help increase spaces and reduce costs.

The NDP have made the same promise for $10/day daycare, but the Conservatives would axe the agreements with the provinces after the first year and focus instead on a tax credit. According to independent financial analysis, women and families would be far better off with the Liberal and NDP plan than the Conservative one, upwards of $10,000 per family better.

In order for women to be supported to work and access these one million promised jobs, they not only need access to affordable daycare, but also affordable housing. The statistics show that more than 25% of all Canadian families with children are single parent families and of those families, approximately 88% are headed by single women. This is especially so for Indigenous families where 34% live in single-parent homes and more than 80% are headed by single Indigenous mothers. To this end, the Liberals are promising to build or repair 1.4 million homes over four years and a ban on foreign ownership driving up house prices.

The NDP promise to build half a million affordable homes over ten years and preserve 1.7 million homes over the next four years and impose a 20% tax on foreign buyers. Conservatives promise to build 1 million new homes over three years, incentivize developers with deferred capital gains taxes and also impose a ban on foreign ownership. What’s missing from these promises is how the plan to ensure that women, especially single-parent women, will benefit.

We also know from the National Inquiry into Missing and Murdered Indigenous Women and Girls that Indigenous women suffer from higher rates of domestic violence, state violence and societal violence. Thus, a solid housing plan in an Indigenous context, must also include access to safe to temporary, transitional, and permanent housing that accounts for the multiple, overlapping crises facing Indigenous women and children from generations of historic and ongoing genocide, systemic racism and breach of their core human rights.

Women generally, but Indigenous women specifically, are disproportionately impacted by climate change and thus special measures are required to address housing needs that may not face Canadian women – like the melting of the Arctic ice, flooding and other climate-related issues. Additionally, many First Nations women and families lack access to clean drinking water and sanitation on reserve, which means federal commitments to address both climate change and access to clean water must be part of a comprehensive package to support Indigenous women.

To this end, the Liberals are promising a national Indigenous housing strategy, $2 billion for housing on reserve, additional shelters and to eliminate all water advisories. The NDP also promise to eliminate all water advisories, create a National Indigenous Housing strategy, contribute funding for shelters and to remediate mold in current houses on reserve. The Conservatives also promise a National Indigenous housing strategy, but no specific funding commitment for new homes. Instead, their platform indicates that Indigenous communities should be supported to meet their own housing needs. With regards to clean water on reserve, the Conservatives will only target high-risk water systems and there are no special commitments to address the special situation of Indigenous women.

Promises by federal party leaders to increase jobs, addresses ages, create affordable child care and increase access to affordable housing are all important initiatives. However, it is important to evaluate these platforms to see which party has a plan that will target women in these initiatives to ensure they will not be disproportionately excluded. This is especially true in the case of Indigenous women who face additional barriers from systemic racism, violence and discrimination on a daily basis.

Pamela Palmater is a Mi’kmaw lawyer specializing in Indigenous and human rights law. She is the chair in Indigenous governance at Ryerson University.

Trudeau pressed on target for BIPOC representation in cabinet if elected

Anyone in line when polls close will be able to vote, Elections Canada says

'Not your dad's Conservative party,' Erin O'Toole says, before endorsement from Mulroney

Liberals and Conservatives in a two-way race for campaign homestretch: Nanos

Do we need laws preventing protesters from blocking hospitals?

'Canadians sacrificed so much to protect my right to vote': Refugee casts ballot in first federal election