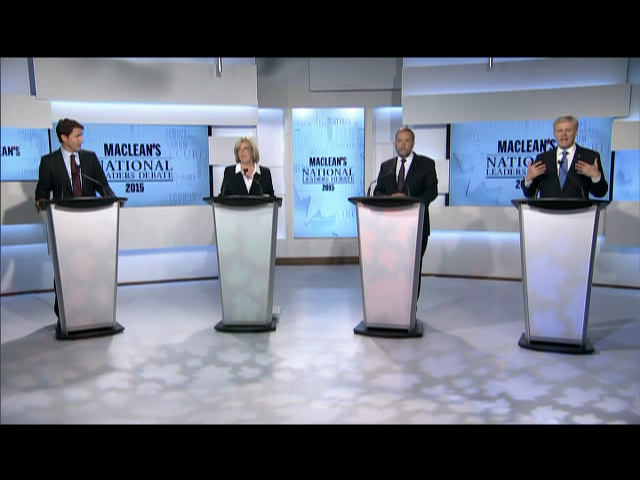 Data from Facebook suggests Conservative Leader Stephen Harper generated the most discussion on the social network, followed by Liberal Leader Justin Trudeau and then Green Pary Leader Elizabeth May.

In a statement issued late Thursday night, Facebook said May suprassed Mulcair during the debate.

Facebook says May generated the "biggest conversational moment of" the debate at 8:37 p.m. ET when she mentioned that greenhouse gas emissions decreased when the recession hit.

This data contrasts pre-debate figures, which had Mulcair ahead of May.

In terms of issues, the economy topped the list of most discussed topics on the social network, followed by the environment and energy.

Most discussed issues during debate:

Most discussed leaders during the debate: