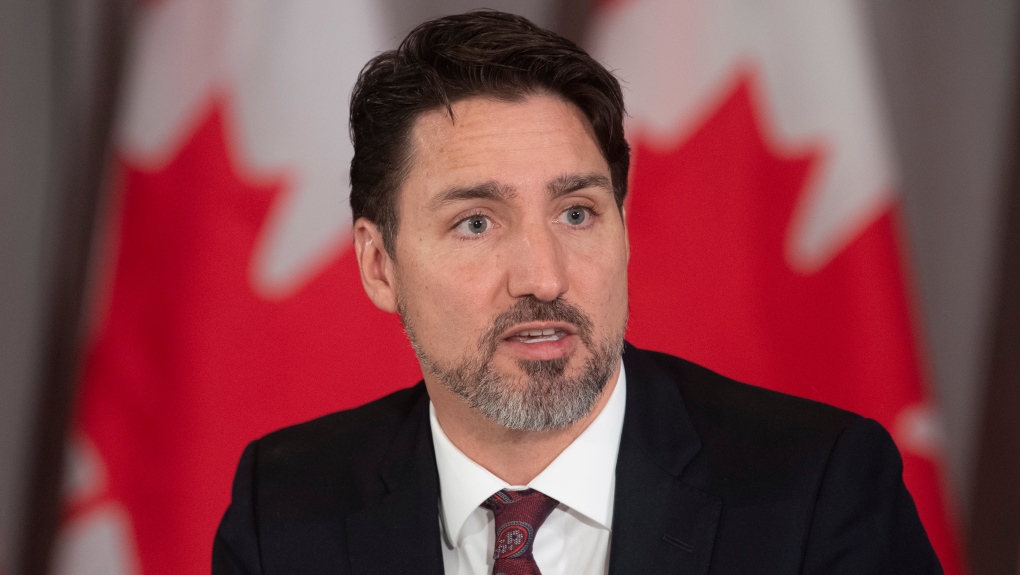 OTTAWA -- Prime Minister Justin Trudeau left Thursday for a trip to Africa, where he will be the first Canadian prime minister to participate in a session of the African Union.

With just five months left before the United Nations Security Council vote, Trudeau's trip is widely expected to be focused on wooing African support for Canada's bid for one of the two available temporary seats.

At a briefing for media prior to the trip, officials from the Prime Minister's Office acknowledged the security council vote is one reason for the journey. But they also said building stronger relationships overall, finding opportunities for Canadian business, and engaging on issues like climate change and the empowerment of women and girls are all part of the agenda.

The officials at the briefing spoke only on the condition they not be identified.

Trudeau will start in Ethiopia, the continent's fastest-growing economy, which is the headquarters of the African Union.

He intends to meet individually with a number of African leaders on the margins of the gathering, including Ethiopian Prime Minister Abiy Ahmed, and attend discussions on gender equality and the environment.

He later goes to Senegal for an official visit, where he will meet with President Macky Sall. Senegal is one of the most influential African nations in the Francophonie group of countries.

Trudeau is also stopping in Munich, Germany to attend part of an international security conference before he returns to Canada.

"I'm hoping this trip will be, for the prime minister, a chance to reset the relationship," said Thomas Tieku, a professor of politics with a focus on Africa at Western University in London, Ont.

Tieku is not alone when he says Canada needs to completely overhaul its efforts in Africa, from how it delivers aid to its diplomatic presence and to its economic ties.

"Africa has changed for good and forever," said Alice Musabende, a former Canadian parliamentary journalist who is completing her PhD in international relations with African states at Dalhousie University and Cambridge University.

The Ethiopian economy, for example, is soaring, with per capita GDP growing 189 per cent between 2000 and 2018. The poverty rate dropped from more than 50 per cent to about 31 per cent. It is one of the five fastest-growing economies in the world.

Musabende said attending the African Union session, the 18-year-old regional multilateral organization, is a great place to start. However, she warns many African states are looking at Canada with suspicion, because Canada is only showing up now when it really needs something from them.

"It comes quite late for a prime minister, who when he came to power he said that Canada was back on the world's stage," said Musabende. "What world stage did he mean if it did not include Africa? Why did he wait for his first four years in power to not even do anything?"

Trudeau's officials deny the Liberal government has mostly ignored Africa until now. They point out there have been a dozen visits to the continent by cabinet ministers since 2015, and Trudeau was there twice before now. There was a 2016 trip that included an official visit to Liberia and a meeting of the Francophonie group of nations in Madagascar. In 2018, he visited Canadian troops in Mali.

Canada's peacekeeping role in Mali, which included helicopters and staff for medical evacuations, ended last August. Canada now has small peacekeeping contingents in South Sudan, and the Democratic Republic of Congo, as well as in Uganda.

During Trudeau's 2016 trip to Africa, his office said the goal was "re-engaging with Africa" but Tieku and Musabende say there was little effort made.

David Black, the chair of the political science department at Dalhousie University in Halifax, has a research focus on Canada's role in Africa. Black said the former Conservative government signalled Africa was not a priority when it closed diplomatic missions and reduced aid funding.

"The major disappointment is the Trudeau government has done little to change that," said Black.

"That spoke volumes," said Black. "Chrystia Freeland had her priorities and they didn't include Africa."

Canadian officials said Freeland met many times with African leaders at multilateral meetings including at the UN General Assembly in 2018.

Canada is desperately in need of many of Africa's 54 votes if it is going to beat out either Norway or Ireland for a two-year temporary seat on the UN Security Council. Harper's failure to win a seat in 2010 is blamed in part on Canada's inability to secure much support from Africa.

Foreign Affairs Minister Francois-Philippe Champagne, who replaced Freeland in the role last fall, has already been to Africa twice -- once to Egypt in December for a forum on peace and development, and again last month for official visits to Mali and Morocco.

International Trade Minister Mary Ng is in Africa right now for meetings in Kenya and South Africa before she joins Trudeau in Ethiopia.

Champagne will also join Trudeau for some of the trip.

This story by The Canadian Press was first published Feb. 6, 2020.