Exclusive: Breakdown of sums that 30 senators are alleged to owe

CTV News has obtained a breakdown of the amounts that 30 senators are said to owe taxpayers for filing allegedly questionable expense claims, and who from that group has started to pay the money back.

Conservative and Liberal senators are said to owe anywhere from thousands to tens of thousands of dollars each, totaling nearly $1 million-worth of alleged inappropriate expenses. More than half are sitting senators. 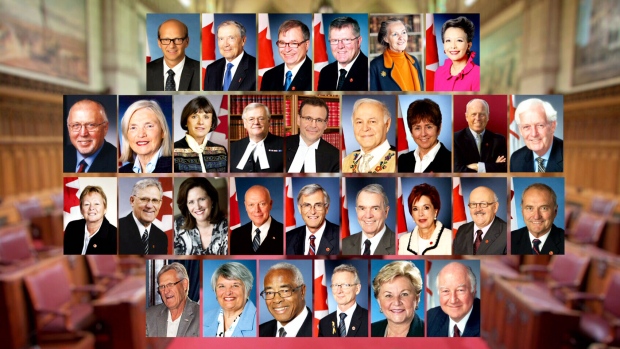 Here’s the full list, in order of the most-to-least alleged to be owing:

Five senators -- Zimmer, Charette-Poulin , Losier- Cool, Lovelace Nicholas and Boisvenu -- account for the bulk of the amount alleged to be owing: $553,731.

Four of these cases are among the nine the Senate speaker has referred to the RCMP for criminal investigation. Lovelace Nicholas is among the other 21 senators whose cases will not be sent to the Mounties and, rather, be dealt with through an arbitration process. 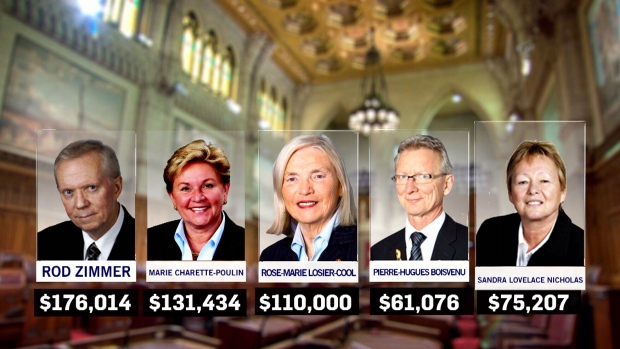 Some of the senators have started to pay back the money allegedly owed. While Carignan and Eaton have paid back in full, others have repaid portions:

The recent revelations about the Senate audit have renewed calls for Senate reform or, in the case of the NDP, for it to be abolished.

“It’s undemocratic. It’s responsible to no one. How can we continue, in a free and democratic society like Canada … to tolerate this institution that is such a relic from the past?” said NDP Leader Tom Mulcair in Vancouver Sunday.

“The Senate may need to be put into a trusteeship. I think that leadership doesn’t know how to manage its institution and we should appoint a trustee to look after the Senate for all its legal problems. It’s just that bad,” said Walsh.

The highly-anticipated audit, which cost taxpayers $21 million, will be released Tuesday. While the portion of the report dealing with the nine most troubling cases -- Boisvenu, Kenny, Oliver, St. Germain, Carstairs, Losier-Cool, Rompkey, Zimmer and Charette-Poulin -- has already been sent to the RCMP, the 64 pages dealing with the other 21 senators will not be sent to the Mounties.

The Senate appointed former Supreme Court of Canada justice Ian Binnie as a special arbitrator for senators who dispute the report’s findings. Three top senators -- Speaker Housakos, Opposition Leader Cowan and Conservative Leader Carignan -- who were all named in the report as having problematic claims, were involved in the appointment of Binnie.