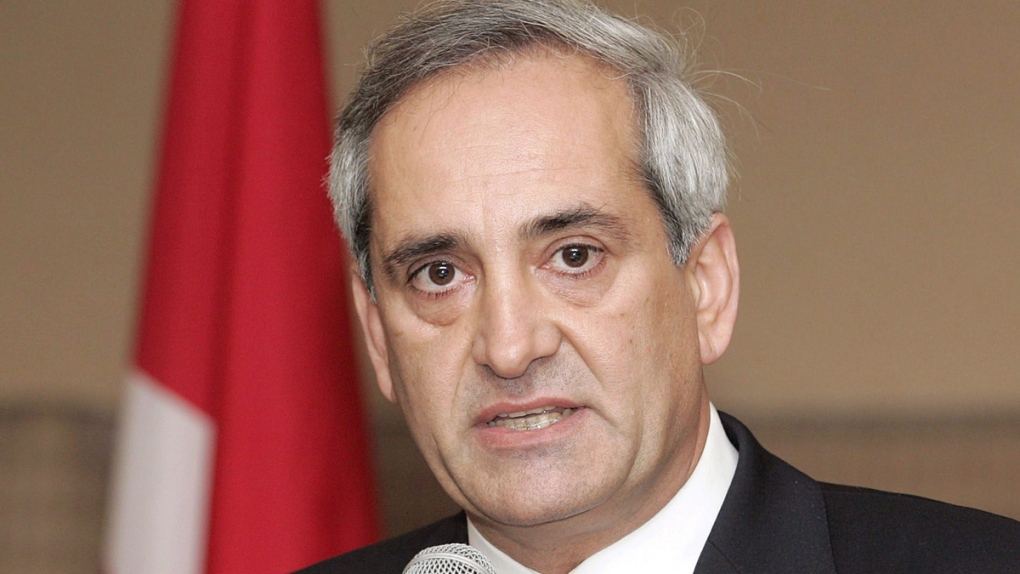 OTTAWA -- Former cabinet minister Tony Ianno has joined a libel suit launched by his wife, Christine Innes, after she was barred from running for the Liberals in the recent Trinity-Spadina byelection.

In April, Innes filed suit against Liberal Leader Justin Trudeau and the co-chair of his Ontario campaign team, David MacNaughton, claiming $1.5 million in damages to her reputation.

Now Ianno is seeking another $1.5 million for damage to his reputation, lost business opportunities and emotional suffering.

He is suing only MacNaughton, not Trudeau.

Innes was barred in March from running in the Trinity-Spadina byelection and prohibited from seeking any Liberal nomination in any riding for the 2015 general election.

MacNaughton informed her of the decision by email, citing "bullying and intimidation" tactics employed by her campaign team.

The decision followed complaints by several young Liberal volunteers who alleged that Ianno had pressured them, disparaged Trudeau and Chrystia Freeland, Liberal MP for the neighbouring riding of Toronto Centre, and warned them they'd have little future in the party if they backed the wrong side in a potential Innes-Freeland nomination battle.

The existing Trinity-Spadina and Toronto Centre ridings will be redistributed into three new ridings for the 2015 election.

Ianno maintains the allegations of bullying were concocted to disguise the real reason Innes's candidacy was blocked: the Trudeau team wanted to ensure she would not challenge Freeland for the nomination in the new riding of University-Rosedale, contrary to the leader's vow to hold open nominations in every riding.

"MacNaughton deliberately sacrificed Ianno's reputation in order to create a smokescreen to shield Trudeau from public outcry for breaching his public vow of non-interference in local riding nominations," Ianno says in his statement of claim.

Ianno held Trinity-Spadina for the Liberals from 1993 until his defeat by the NDP's Olivia Chow in 2006. He briefly served as a junior cabinet minister in Paul Martin's government.

Innes subsequently ran and lost twice against Chow, who vacated the seat earlier this year to run for mayor of Toronto. Innes had been all set to run again in the byelection when the party blocked her nomination bid.

In a statement of claim filed in Ontario's Superior Court of Justice, Ianno points to comments MacNaughton made to The Canadian Press in which he alluded to Ianno's key role as an organizer of a caucus revolt against former prime minister Jean Chretien.

"Bullying and intimidation, when used together, implies criminal or quasi-criminal, unethical and anti-democratic conduct. To label a former politician, who served his constituency for 13 years, as a bully and intimidator or someone who condones such conduct is to irreparably damage his reputation in the eyes of the public."

MacNaughton knew allegations of bullying against Innes alone would not be convincing so he levelled the charge against Ianno, whom "he viewed as a softer target because of Ianno's alleged involvement in the caucus revolt of 2003," the statement of claim alleges.

Ianno "did not and has never" bullied or intimidated other Liberals, it adds.

MacNaughton has refused to retract his comments or apologize, the statement of claim says. Indeed, it says MacNaughton's lawyer sent Ianno a letter advising him to "refrain from 'intimidating' witnesses in connection with this."

In a statement of defence filed in May in response to Innes' lawsuit, Trudeau and MacNaughton argued that their comments on Innes' blocked candidacy were fair, truthful comment on a matter of public interest.

They said at least one of the young volunteers allegedly bullied by Ianno has been forced to change his telephone number after "continuing pressure tactics by or on behalf of the Innes campaign team" to get him to recant his complaint.

Their statement of defence described Ianno as "well known within the party and generally as a person who is willing to use aggressive tactics in order to succeed in politics."

A statement of defence in response to Ianno's specific allegations against MacNaughton has not been filed.

None of the allegations by either side has been tested in court.