Ethics commissioner clears Morneau of accepting gift from WE Charity 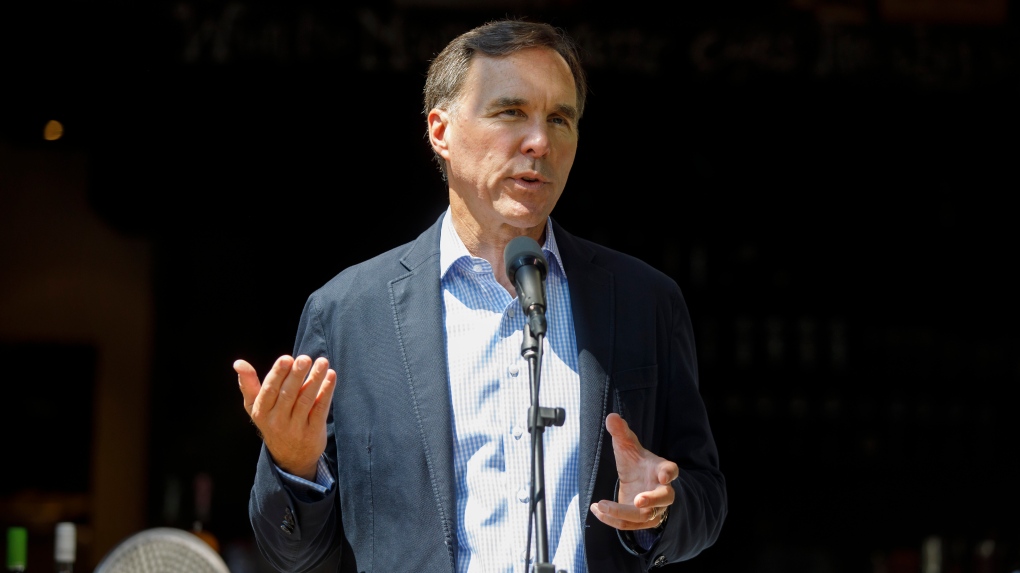 OTTAWA -- The federal ethics watchdog has cleared former finance minister Bill Morneau of failing to disclose a gift from WE Charity.

In a letter to Morneau, ethics commissioner Mario Dion says he accepts that the former minister "genuinely believed" he had paid for the entire cost of two trips he and family members took in 2017 to view WE's humanitarian projects in Ecuador and Kenya.

As soon as Morneau became aware last summer that WE had in fact covered $41,000 worth of expenses for the trips, Dion says he reimbursed the charity.

Because he immediately took "the appropriate corrective measures," Dion concludes: "I am of the view that you did not accept a gift from WE Charity."

Morneau reimbursed the money shortly before testifying on the WE affair at the House of Commons finance committee in July.

Dion says WE's invitation to view the projects was intended to encourage Morneau's wife to donate to the charity. He accepts Morneau's explanation that he was not involved in her subsequent choice to make two large donations through the family foundation.

While he's dropping his probe into this aspect of the former minister's conduct, Dion says he continues to investigate whether Morneau breached the Conflict of Interest Act by failing to recuse himself from the cabinet decision to pay WE Charity $43.5 million to manage a since-cancelled student grant program.

Dion is also investigating Prime Minister Justin Trudeau's failure to recuse himself, despite his own family's close ties to WE.

WE's involvement in the student services grant triggered immediate controversy when announced in late June. WE withdrew from the program a few days later and the program was eventually cancelled.

Morneau resigned abruptly from politics in August, as the WE affair continued to engulf the government. There were also reports of tensions between Morneau and Trudeau over massive spending on pandemic relief.

The following day, Trudeau prorogued Parliament for six weeks -- a move opposition parties charged was intended to shut down committee investigations into the WE affair.

Since Parliament's resumption in September, the Liberals have been filibustering opposition attempts to reopen those committee investigations.

However, there is no mention of the WE affair in a report to Parliament explaining the decision to prorogue -- a new requirement introduced by the Trudeau government ostensibly to prevent abuse of the prorogation procedure.

The report echoes Trudeau's explanation at the time, that the government needed to prorogue in order to come back with a throne speech outlining its plan for coping with the ongoing COVID-19 pandemic and rebuilding the shattered economy.

"Five and a half months into this pandemic -- the greatest challenge Canadians have faced since the Second World War -- the people of Canada deserved to know that the federal government had a bold and comprehensive plan to get them through whatever challenge would come next," the report says.

"In order for this to be the case, our government was duty-bound and honour-bound to ensure we had the continued confidence of the House of Commons. We needed to outline a clear, realistic plan on which parliamentarians would have the opportunity to vote.

"This was the only clear and transparent way to ensure that the federal government could continue to provide the support on which Canadians were relying."

A previous version said former finance minister Bill Morneau became aware in August that WE Charity had in fact covered $41,000 worth of expenses for the trips. It was in July.