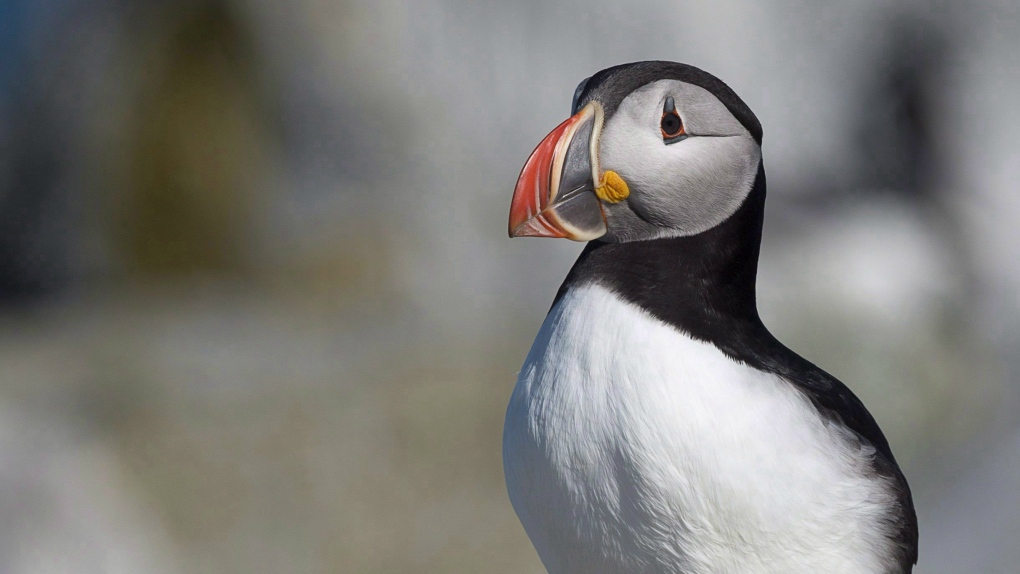 An Atlantic puffin is seen on Machias Seal Island on Friday, June 24, 2016. THE CANADIAN PRESS/Andrew Vaughan

OTTAWA -- What, some Canadians are wondering, has the Liberal government's environment minister been puffin?

Catherine McKenna was trying to mark World Penguin Day with a simple tweet accompanied by a cute video of penguins frolicking in the wild.

Problem is, those weren't penguins in the video, but puffins -- the squat, distinctive-looking seabirds that make their homes on islands and coastlines in the north Pacific and Atlantic oceans.

"On what are you puffin?" asked another.

Puffins, with their red and black beaks and orange feet and legs, are found primarily in the north, notably Newfoundland and Labrador.

Penguins, on the other hand, live almost exclusively in the Southern Hemisphere, with the exception of the Galapagos penguin and those held captive in zoos.

Within about half an hour of the post, McKenna -- or someone in her office -- caught the error and sent a new tweet, this time with a short video of actual penguins attached.

A spokeswoman in McKenna's office blamed the mixup on a squinty-eyed staffer.

"It was someone in her office who obviously needs to renew her glasses prescription," said Marie-Pascale Desrosiers.

It's not the first time the federal Liberals have run afoul of the industrious little creature.

In 2007, deputy Liberal leader Michael Ignatieff, who apparently became enamoured of the "noble" puffin during a caucus retreat in St. John's that year, suggested aloud that it become the party's official symbol.

"They lay one egg (each year). They put their excrement in one place. They hide their excrement.ΓÇª They flap their wings very hard and they work like hell," Ignatieff said at the time.

"This seems to me a symbol for what our party should be."

The Conservatives tried to capitalize on the comments in a short-lived campaign ad early in the 2008 election campaign: an Internet ad that showed a puffin pooping on the shoulder of then-Liberal leader Stephane Dion.

Stephen Harper, the Conservative leader at the time, apologized for what he considered a "tasteless" and "inappropriate" ad.