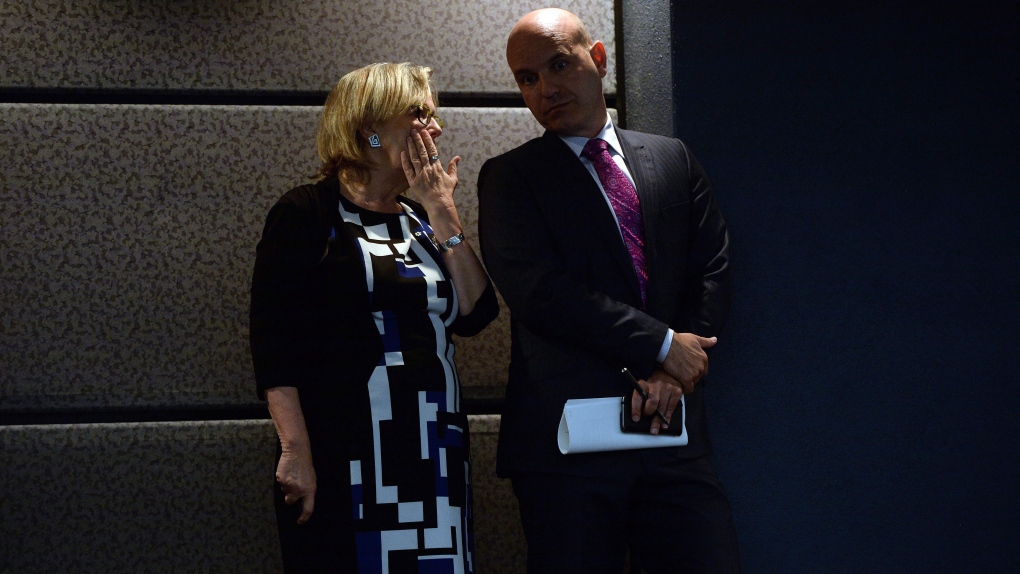 Green Party leader Elizabeth May, left, and NDP MP Nathan Cullen listen in on a press conference, on electoral reform, in Ottawa, on Wednesday, May 11, 2016. T(THE CANADIAN PRESS/Sean Kilpatrick)

The parliamentary committee on electoral reform met for the first time Tuesday, to begin deciding how to honour Prime Minister Justin Trudeau’s vow to end the first-past-the-post voting system.

One possible alternative is proportional representation, in which each party gets a number of seats that reflects their share of the popular vote.

Another option is ranked balloting, which could increase the likelihood of third-party successes, because voters may be more likely to list a third-party candidate as their top choice if they know their second choice will be counted in the event the third-party doesn’t win.

Brian Tanguay, a professor at Wilfrid Laurier University who researches electoral reform, says hopes to see “an open and fair debate at the constituency level across the country”

Tanguay said parties like the New Democrats and Greens -- whose seat counts are usually much lower than their popular vote shares --- need to be heard by the committee.

NDP MP Nathan Cullen said his party wants to make sure “that no matter where you vote or who you vote for, that vote is counted and reflected in Parliament.”

Conservative Scott Reid, however, said his party is still demanding a referendum on whatever option the committee approves, with the status quo as an option.

The committee will need to work quickly. Elections Canada has said it requires at least two years notice.

With a report from Parliamentary Correspondent Glen McGregor