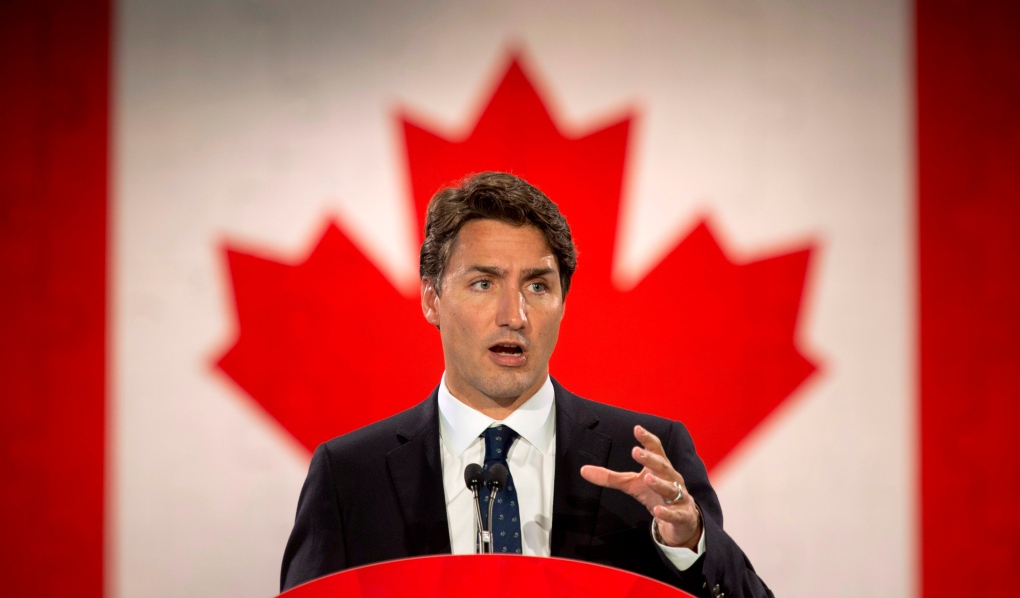 "Tonight we'll dispense with the formalities. I'd like to toast the future prime minister of Canada: to Justin Pierre Trudeau," Richard Nixon said at a gala buffet in April 1972 during a state visit to Ottawa when Trudeau was just four months old.

According to a contemporary news wire report, Trudeau's father Pierre, then nearing the end of his first four-year Liberal mandate as prime minister, responded that should his eldest son -- born on Christmas Day 1971 -- ever become Canada's leader, "I hope he has the grace and skill of the president."

Nixon, of course, went on to infamy, while Pierre Trudeau governed Canada for 16 years in all and ushered in a new Canadian Constitution and the Charter of Rights and Freedoms.

Today, Justin Pierre James Trudeau is tantalizingly close to fulfilling Nixon's prophecy -- polls have the Liberals leading heading into the final weekend before Monday's vote -- and there's a certain symmetry in that he's seeking to replace Stephen Harper, a prime minister described as "almost Nixonian" by Harper's own former chief of staff Tom Flanagan.

Sunny, approachable, sometimes too quick with a quip, relaxed in front of a camera and publicly eschewing the dark political arts, Trudeau has presented himself to Canadians as the open-book antidote to a decade of flinty, guarded Conservative governance.

"My vision of Canada is open and confident and hopeful," he said in a speech to a massive Liberal rally earlier this month in Brampton, Ont.

"Harper wants Canadians to be afraid that there's a terrorist hiding behind every leaf and rock. That there's a sea of economic troubles lapping at our shores. I don't see things that way. I have confidence in Canada and in Canadians."

Having lived much of his 43 years in the public eye, Trudeau needs little introduction to Canadians. He's the first to recognize the downside.

The Trudeau name is like a magnet, attracting or repelling depending on one's political polarity.

"The association with my father was never a reason for me to get into politics," Trudeau wrote last year in his memoir, "Common Ground."

"It was, rather, a reason for me to avoid entering the political arena." 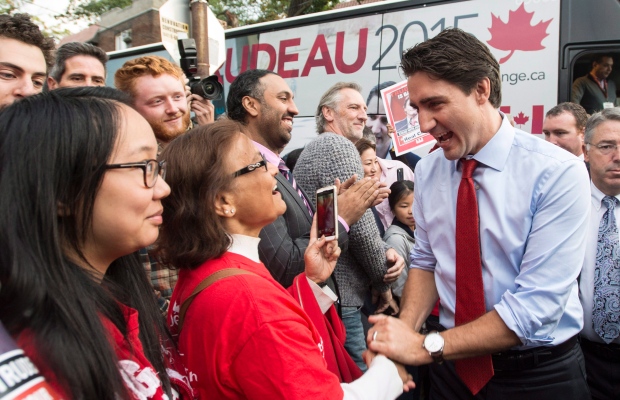 Nonetheless, at critical junctures in this extraordinarily long 78-day campaign, Trudeau has championed his father's legacy.

"Let me say very clearly, I am incredibly proud to be Pierre Elliot Trudeau's son," said Trudeau, before citing the charter, multiculturalism and bilingualism as inheritances the country can take pride in.

Trudeau noted the evening marked the 15th anniversary of his father's death, "and I know he wouldn't want us to be fighting the battles of the past; he'd want us squarely focused on the future and how we're going to respond to Canadians' needs, and that's what we're doing tonight."

For a leader who'd been derisively dismissed by the Conservative campaign, the five election debates were a crucial proving ground.

But the test was a long time coming. Fate and family fame had inexorably pushed Trudeau into the public sphere.

His youngest brother Michel's death in a B.C. avalanche in 1998 made him a spokesman for avalanche safety. His emotional eulogy at his father's nationally televised funeral two years later further galvanized the attention.

Acutely aware of the perception of political entitlement, Trudeau entered politics in the gritty Montreal riding of Papineau, where he defeated the Bloc Quebecois incumbent to become an MP in 2008.

Along the way, Trudeau learned he was a natural at the glad-handing and baby-kissing of retail politics, unlike his aloof, ascetic father.

Trudeau added public pugilist to his resume in March 2012 when he punched the lights out of Conservative Sen. Patrick Brazeau, an imposing figure with martial arts and military training, in a charity boxing match. In the strange alchemy of leadership politics, the three-round bout made Trudeau a contender. 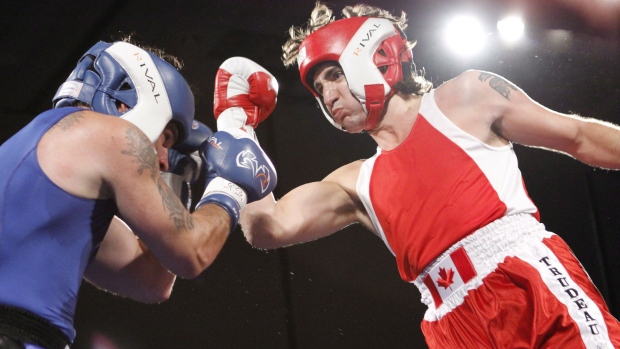 A year later it was a Liberal coronation when Trudeau won the leadership on the first ballot in April 2013, to become the sixth Liberal leader in seven years.

He's been finding adoring crowds -- and a buzzsaw of Conservative attack ads, NDP eye-rolling and skeptical media squinting -- ever since.

Too young. Too inexperienced. Too glib. Too rich. Too carefree.

He volunteered that he'd accepted speaking fees, including from charitable organizations, while serving as an MP -- an acknowledgment for which he was pilloried.

He said he'd smoked pot, also as an MP, for which he was lampooned.

He joked -- publicly and ill-advisedly -- about Russian aggression in Ukraine, dictatorial Chinese efficiency and phallic CF-18 fighter jets, sending his opponents into paroxysms of outraged I-told-you-so's.

But Trudeau has also made a number of tough calls that too few of his detractors credit.

As recently as this week, he threw his election campaign co-chair overboard after Dan Gagnier wrote to TransCanada advising the pipeline builder how to lobby a new government. He also literally shouted down his own supporters when they jeered repeated media questions on the controversy.

"Hey, guys. Guys! Hey! We have respect for journalists in this country," Trudeau snapped Thursday in Montreal. "They ask tough questions and they're supposed to. OK?"

He came out hard and early against Quebec's charter of values, and against the Conservatives' popular niqab ban for citizenship ceremonies.

He ordered Liberal MP expenses be put online for public viewing, booted Liberal senators from the party caucus, expelled two of his MPs following sexual harassment allegations and moved decisively to derail the influence and electoral hopes of some old-school, bare-knuckle Liberal brawlers.

Trudeau has also attracted a roster of candidates with impressive credentials, from aboriginal leaders to Canadian Forces officers, international journalists and business leaders.

He likes to say his campaign bid is based on platform and team, not name recognition -- or presidential prophecy.

Besides, who wants an endorsement from Richard Nixon?

-- With files from Alexander Panetta in Washington

A look at the leaders