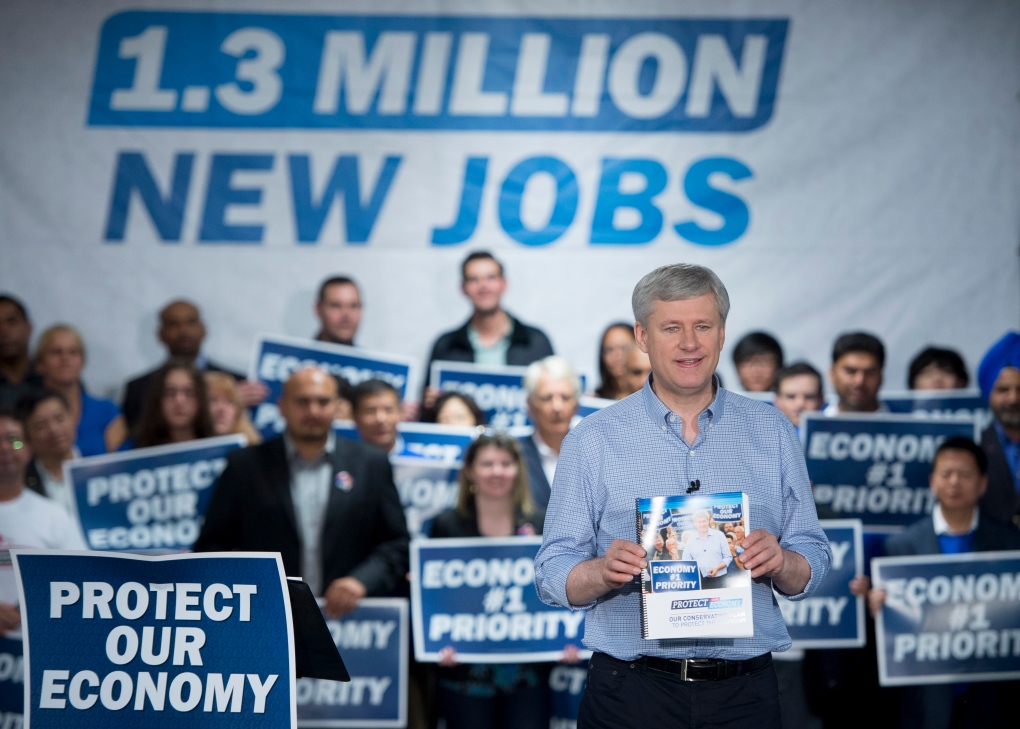 Standing behind a heavy wooden lectern outside the front doors of the Governor General's residence, Harper, 56, launched his fifth federal election campaign as Conservative leader with a sober appeal to Canadians to consider leadership as the central issue at play.

Two and a half months later, there was Harper on Thursday this week in Trois Rivieres, Que., jacketless and with his open-collared shirt sleeves rolled up, playing carnival barker as a cheesy sound track gonged out a cash-register "ka-ching!" to the spectacle of a partisan peeling off $20 and $50 bills.

Harper's team has staged the stunt daily in the final week of the campaign as polls suggest the resurgent Liberals under Leader Justin Trudeau may be slowly pulling ahead. 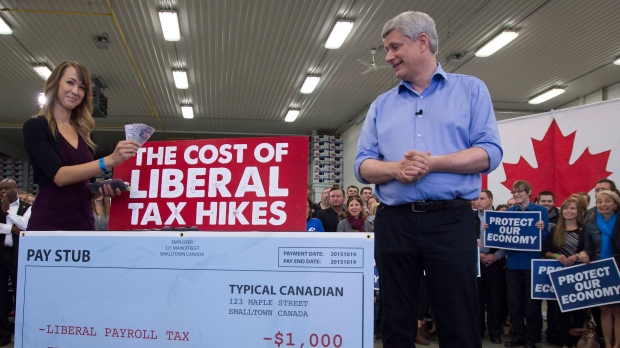 "It reminds me of a carnival show with all the bells and whistles in the background," Keith Beardsley, a former senior Harper adviser who served as his deputy chief of staff for issues management, said in an interview.

"Can you imagine the president of the United States running for re-election ever doing that? I'm flabbergasted that he would allow his staff or his campaign team to, I would say, demean him in his position as prime minister," Beardsley added.

"Yes, he's the leader of the party, but he's still prime minister. But he just seems very calm."

Harper's almost Zen-like, relaxed demeanour in the waning days of this long campaign may be a tribute to his experience, his cool personality, his Christian faith or simply fatalistic resignation.

"There weren't many times in the last 10 to 12 years that 'Zen-like' would have been the way to describe him," Jason Lietaer, the president of Enterprise Canada who ran the Conservative campaign "war room" in the 2011 election, said in an interview.

"He was sort of either focused, determined and ready for bear -- or sad, despondent, a little angry and a little bitter and regrouping. Those are the two moods I've seen over time."

As Lietaer puts it, in the waning days of this campaign, however, Harper is "letting it fly and he is having a little bit of fun with it."

"He's at peace with the result, positive or negative."

After 13 years as a party leader, Harper clearly knows a thing or two about the campaign trail. All that time in office has helped develop rigorous message discipline and a self-confidence that seldom allows him to become rattled. 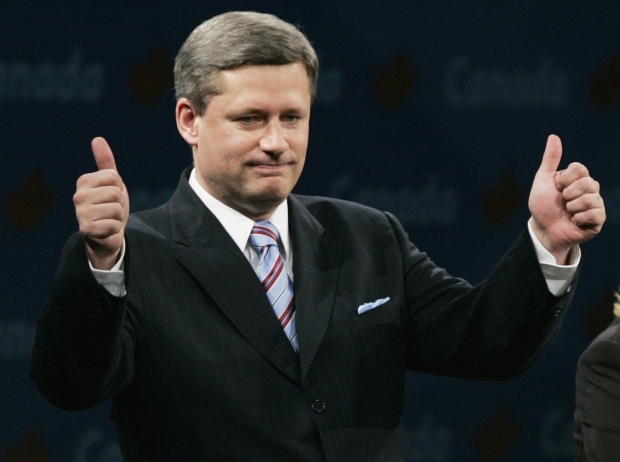 "What I pick up on is someone who is very comfortable in their skin, and has grown very comfortable in how he does his job," Jaime Watt, executive chairman of consulting firm Navigator Ltd. and a Conservative, said before the current campaign began.

"(He) understands that winning doesn't mean getting 100 per cent of the votes, and doesn't try to please all the people all the time."

Ontario MP Scott Reid has known Harper since the 1990s, when Harper was the Reform party's policy chief. At that point, the party had only a single MP in the Commons.

Reid harkens back to an old Holiday Inn motto, "the best surprise is no surprise," to describe Harper.

"He established a record of consistency, of being methodical and being someone who dots the i's and crosses the t's. It's the kind of virtue you'd see in an accountant or an economist...that's his secret," said Reid. "But it's an open secret, everyone can see it."

Trouble is, the Conservatives are currently running TV spots in which Harper asserts that the election he called on a ballot question of "leadership" really isn't about him, after all.

Those ads followed earlier Conservative TV spots that asserted "Stephen Harper isn't perfect, but when it comes to the economy we can depend on him," which in turn displaced Tory ads that featured the prime minister alone at his desk working late into the night before turning off the lights himself.

Before that, of course, there was a five-year exercise that rebranded departmental Government of Canada news releases with "Harper Government" headlines.

In short, the 2015 election campaign is all about Stephen Joseph Harper. But who is he?

A peek behind the curtain was had last May in Nova Scotia when a jovial, relaxed Harper paid tribute to his retiring justice minister, Peter MacKay.

"I'm here in a reflective state of mind," Harper confided to the gathered well-wishers.

"A mixture of tremendous pride and more than just a little bit of sorrow."

It was a far cry from the Harper of question period -- distant, dismissive, sometimes patronizing.

Without a majority government win Monday, or a strong minority, it will be difficult to imagine Harper sticking around.

The Ottawa rumour mill has long had him planning to retire in 2017, regardless, after the celebrations marking Canada's 150th birthday.

In lauding MacKay last May, Harper himself alluded to the challenges of leaving politics.

"No matter how much you enjoy being part of this great ride we are on, the time comes when you want to get off," he said.

"Even though this ride never actually stops, getting off is never easy."

-- With files from Jennifer Ditchburn