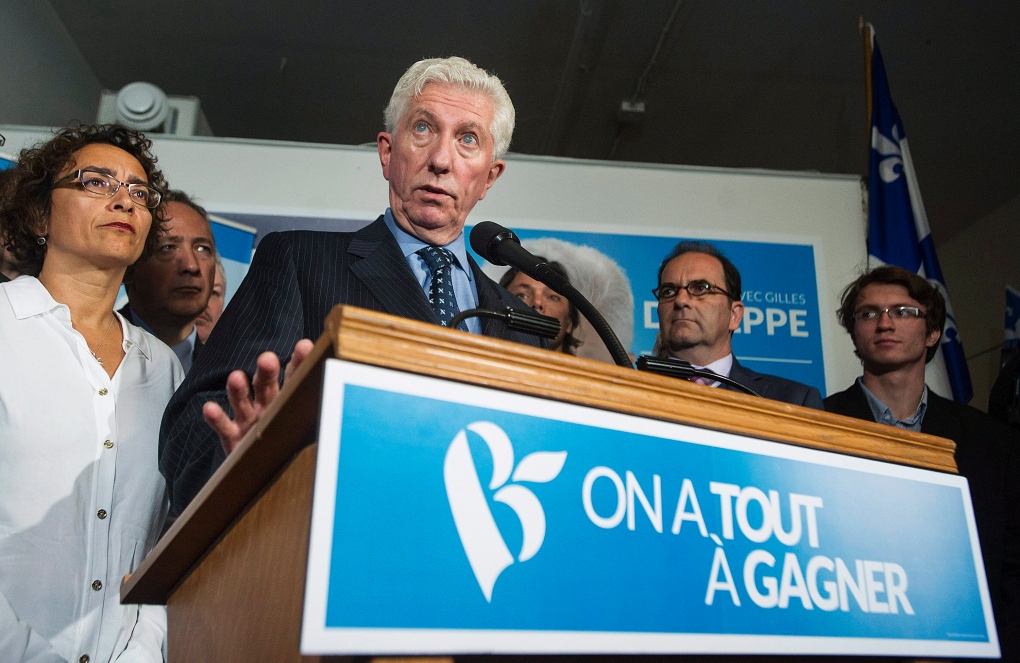 Bloc Quebecois leader Gilles Duceppe speaks at a news conference where he spoke about the Trans-Pacific Partnership deal during a federal election campaign stop in Montreal, Que., on October 5, 2015. (Graham Hughes / The Canadian Press)

MONTREAL -- Toward the end of a recent appearance on an immensely popular TV talk show, Gilles Duceppe told the live studio audience he learned a trick from an old-school politician about how to tell if an election campaign is going well.

"When you walk down the street and you say 'Hello!' and people lower their heads to look away, then you know things are going badly," the Bloc Quebecois leader said.

"But when they look you in the eye and talk to you -- which is what is going on now -- then you know things are going well."

Duceppe's words would have been less believable had he uttered them at the start of the election campaign in August, when the party's main rival in the province, the NDP, was polling so strongly the Bloc looked as though it might be shut out in terms of seats.

But his comments on "Tout le monde en parle" last week came amid the growing perception that most of Quebec's seats can no longer be considered safe for any party, leaving open the possibility the Bloc could do better than many expected.

Duceppe's opposition to wearing face veils during citizenship ceremonies has helped him win back supporters from the NDP, polls suggest.

But perhaps his party's best selling point is something that is out of his control: the NDP can no longer make a strong argument to Quebecers it is best-placed to beat the Conservatives, as it has lately been polling in third-place nationally.

Duceppe said during the weekly talk show -- viewed by roughly one million Quebecers -- that "we're likely heading for a minority Parliament. So Quebec needs to press with all its weight. And (the Bloc) is full of men and woman who will stand up to defend our interests."

He hopes that if he gets a few percentage point increases in key regions across the province -- mostly outside the big cities -- the Bloc could win enough seats Monday to have an influence over a future minority Parliament.

"If you want a country, then vote for people who want a country," has been Duceppe's oft-repeated line to Quebecers. "The Bloc isn't there to make MPs in Alberta or the Maritimes happy." 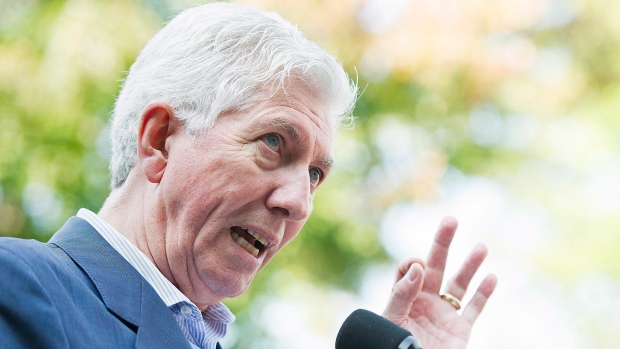 Duceppe, 68, wasn't even supposed to run in this election.

He took over the Bloc again in June, almost four years to the day his party won just four out of 75 seats, down from 49 in 2008.

The crushing defeat triggered the end of Duceppe's 14-year career as leader.

But after a stint as a columnist for Le Journal de Montreal, as well as other sundry positions on the boards of Quebec organizations, he was asked to come back to lead the separatist party.

Former leader Mario Beaulieu, a nationalist language activist, didn't have the name recognition or support to unite the party or engage the base and he stepped down in favour of Duceppe.

Duceppe's early years were similar to those of many Quebec-based leaders, who start their political careers in the world of labour unions and student politics.

He was vice-president of the general union of Quebec students in 1968 and two years later managed the student paper at Universite de Montreal. He worked in various community organizations until 1981, when he became an organizer for one of the province's largest labour unions and in 1986 became one of its negotiators.

Duceppe was first elected to Parliament in 1990, became interim Bloc leader in 1996 and permanent leader in 1997.

Duceppe is running again in his old riding of Laurier-Sainte-Marie, which he represented from 1990 until he lost to the NDP's Helene Laverdiere.

The Montreal riding will be one to watch as it will help determine if the Bloc is still relevant in Quebec, while it will also reflect whether the NDP can preserve its 2011 gains among francophones.

Duceppe's campaign message has been consistent and scathing against his opponents, but it remains to be seen if Quebec voters think they will be best served by MPs who care little about the rest of Canada.

He used his appearance on "Tout le monde en parle" to urge Quebecers who want independence to vote for the Bloc.

"If you vote for people who don't, they will act against you," he said. "Canada is a great country but it's not my country."