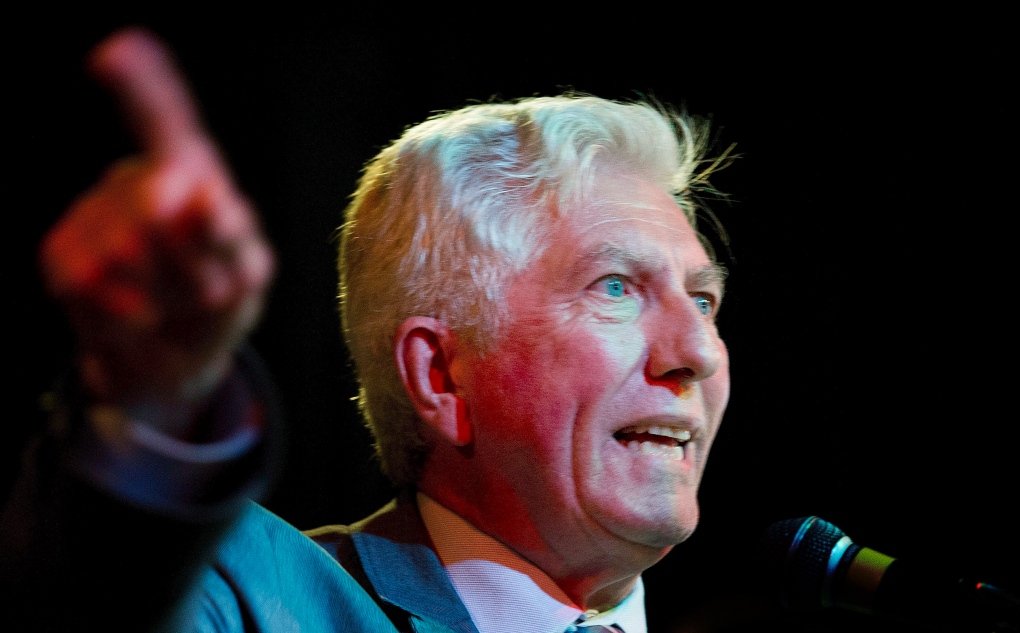 The Bloc Quebecois leader pointed out that health officials, police forces and Mayor Denis Coderre all support the idea of helping less fortunate men and women who are hooked on drugs.

Duceppe described it as "a rare occasion where there's unanimity in Quebec" -- against Ottawa and what he called its repressive approach.

"It's another illustration that, by remaining a province, we have everything to lose," he said.

"With an independent Quebec, when everyone agrees, as is the case now in this file, we won't have to constantly fight with Ottawa."

The Bloc leader also called on Health Canada to "get out of the way" and grant Quebec an exemption.

"By offering these services we can talk to people and get results where some of them will stop using drugs," he added.

Montreal has given the federal government until the end of the summer to respond to the city's request for legal approval for three fixed sites and a mobile unit.

Coderre has vowed to proceed with or without the federal green light.

In a 2011 decision, the Supreme Court ruled that Insite, Vancouver's drug-injection program, saved lives and improved health without increasing drug use and crime in the surrounding area.

The court also said the government should "generally grant an exemption" required to legally operate a supervised injection site if the evidence indicates it will decrease the risk of death and disease and will have little impact on public safety.

"The Supreme Court rendered a judgment and we are in agreement with this judgment," Duceppe said, adding that federal health minister Rona Ambrose was opposed to it.

The Conservative government then passed the Respect for Communities Act, which establishes 26 criteria for the government to consider when reviewing an application.

Several health groups, including the Canadian Nurses Association, argued the new law is designed to block the creation of supervised injection sites.

Health Canada said it would be up to law enforcement, in charge of investigating contraventions of the Controlled Drugs and Substances Act, to address sites that proceed without a legal exemption.

Vancouver Coastal Health, which runs a number of programs including Insite, said it is backing Montreal's efforts because there is "no doubt of the likely benefits to intravenous drug users living in Montreal."